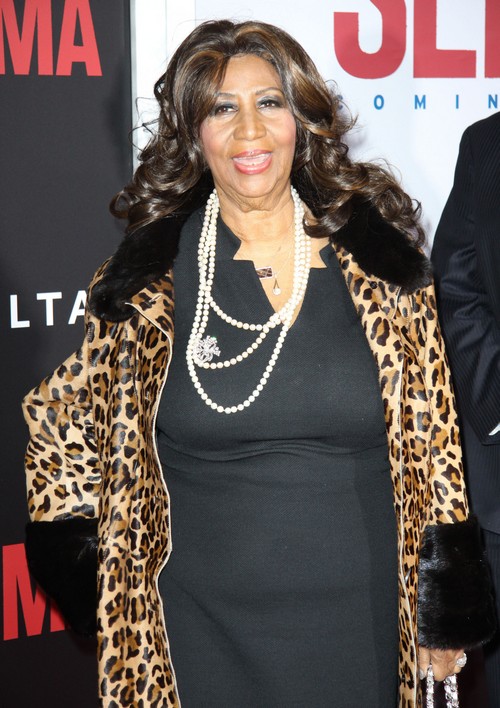 Is there some major bad blood between the “Queen Of Soul” Aretha Franklin and actress Halle Berry? Aretha has been courting Halle for years to portray her in a biopic about her career – she even raved on “The Wendy Williams” show that the 49 year old Oscar Winning actress was the best woman for the job. But, Halle recently found out completely out of the blue, that they are finally moving forward with the movie and the producers decided Halle was “too old” for the part – and gave it to American Idol winner Jennifer Hudson instead.

An inside source dished in this week’s edition of National Enquirer, “When Halle learned Jennifer is on the inside track for the role, she called Aretha to read her the riot act. Aretha wouldn’t even take Halle’s calls! She had someone else reply, saying that casting Jennifer is just a sound business decision. Halle feels duped, it is not her fault that Aretha and the producers dragged their feet for years.”

To add insult to injury, being dissed by Aretha Franklin and losing the movie part is really just the icing on the cake. Halle Berry has been enduring one hit after another as of late – and her personal life is a complete mess. She was recently spotted without her wedding ring, and is rumored to be on the verge of a $100 Million divorce from her husband Olivier Martinez. Halle desperately needed this gig as a distraction, and something positive to do with her time now that she and Olivier are reportedly living separately.

Here’s the thing, age could very easily be a factor in Halle Berry losing the movie role, but we are talking about Aretha Franklin here – she a musical legend. Can Halle Berry really sing better than Jennifer Hudson? Doesn’t it seem to make more sense to cast a professional singer with similar style to Aretha? What do you guys think? Would Halle Berry have been better in the biopic than Jennifer Hudson? Let us know what you think in the comments below!