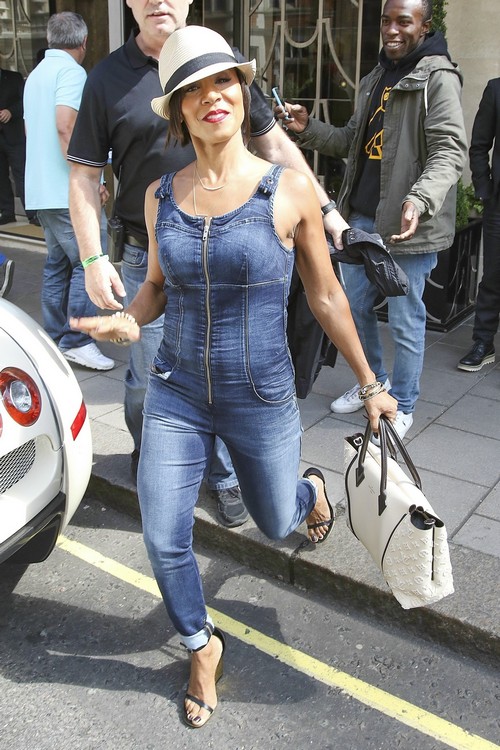 Is Jada Pinkett-Smith cheating on her husband Will Smith with 21 year old August Alsina? Jada Pinkett-Smith is reportedly meeting with divorce lawyers this month and ending her 18 year marriage to Will Smith. We all assumed that the divorce between the two celebs was a result of Will Smith’s endless cheating scandals. Will and Jada supposedly had an open marriage, but word in the tabloids is that Jada grew tired of Will embarrassing her and hooking up with a different woman every night of the week, and not even bothering to hide it anymore.

But, it looks like Will’s cheating might not have anything to do with the divorce – and perhaps Jada is leaving her husband for a younger man … a much younger man. Jada Pinkett-Smith was photographed canoodling with rapper August Alsina on Sunday July 5 at a London music festival. Sources say Jada and August definitely looked like a couple, and they spent the entire time together at the festival. We’re not sure what is more disturbing: the fact that Jada is 21 years older than August, or the fact that she has a son that is only 3 years younger than August. There is a good chance that Jada actually met August through her son Jaden. Watch out Demi Moore, there is a new cougar in town!

We totally get why Jada Pinkett-Smith would bag a new guy, seriously how long has Will Smith supposedly been cheating on her with Margot Robbie, his “Suicide Squad” co-star? It’s just a little puzzling why she chose a 21 year old rapper. Then again, that has to be a serious hit to Will Smith’s ego, because when you look at it from his point of view – he just lost his wife to a 21 year old rapper.

What do you think of the bizarre new couple? Is August Alsina the reason that Jada is divorcing Will Smith? How do you think her kids feel about her dating someone practically their age? Share your thoughts and theories in the comments below!