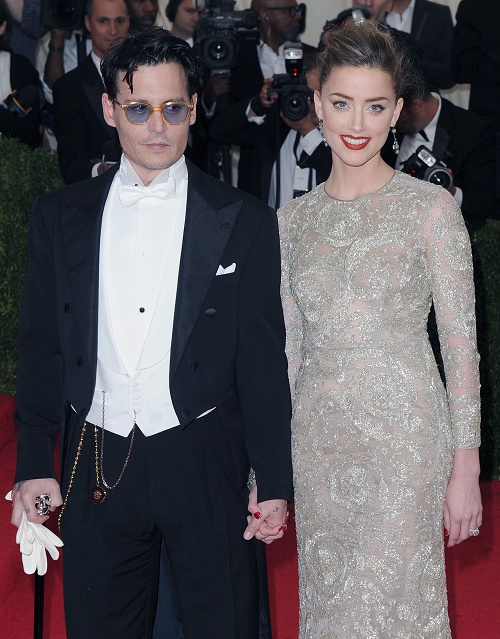 Johnny Depp and Amber Heard got married for a second time in a private ceremony on his private island, just because they could. Johnny has bajillions of dollars left over from his Pirates of the Caribbean checks, so really, hosting the ceremony was probably chump change to him. However, the interesting thing is that he felt the need to have TWO weddings with Amber Heard, when he didn’t even have one with the mother of his children, Vanessa Paradis.

In fact, our sources tell us that Johnny’s children – Lily-Rose Depp and Jack Depp – also feel the same way about the whole situation, perhaps Lily-Rose more than her brother. They’re old enough to know that their father left their mother for Amber, and Lily’s old enough to realize that Amber is clearly using her father for her career. Golddiggers are golddiggers, and you can spot them from a mile away. Unfortunately, Johnny Depp’s mid-life crisis has somehow prevented him from seeing all this clearly, and thus, he’s been ‘head over heels’ in love with Amber Heard ever since meeting her.

Anyway, the ceremony was relatively small, only attended by close friends and family. Jack and Lily-Rose were witnesses at the wedding, even if they were dragged there kicking and screaming. Ok, it was nothing so dramatic and they were obviously well-behaved, considering it was their father’s wedding. But they were forced to attend, even if Vanessa Paradis was decidedly not invited. I can’t imagine that they don’t feel even a little resentful towards Amber Heard, but hey, maybe their maturity is far more advanced than ours.

What do you guys think about Johnny Depp and Amber Heard getting married in two separate ceremonies? And do you think that Johnny’s children were happy to be at his wedding, or do you think they were wishing that he would get back together with their mother? Let us know your thoughts in the comments below.