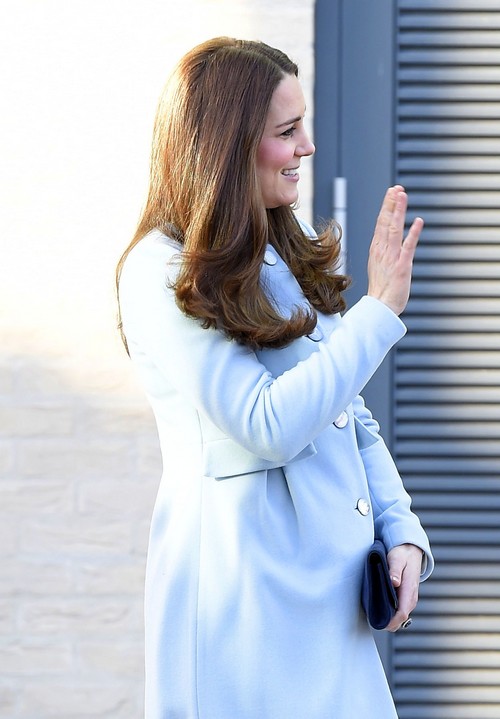 Could we be welcoming royal baby girl named Charlotte in April? Kate Middleton’s due date is fast approaching, and with it, increased speculation about the name of the second royal baby. We didn’t hear about Prince George’s name until after he was born, but that didn’t stop people from betting on it. In much the same way, people are already betting on the name of Kate Middleton’s and Prince William’s second child, and 1/4 people believe that it will be a daughter named Charlotte.

According to OK UK, betting experts added, “Charlotte is Pippa’s middle name and with just a couple of months to go until the baby’s arrival the Duke and Duchess will undoubtedly have a couple of names in mind. We think Charlotte is on that shortlist.”

The name ‘Elizabeth’ is also offered at 5/1, and Victoria is offered at 12/1. There are also boys names on offer, but their probability is much, much lower than all the girls names. We have James at 14/1 [after Kate’s brother], and then Arthur and Henry [both traditional royal names] at 20/1.

To be honest, all these royal baby names are fairly traditional and none of them are really outside-the-box. However, I still think that it’s much more likely that Kate Middleton and Prince William will have to acquiesce to Queen Elizabeth’s requests on this one, and name their daughter Elizabeth, Victoria, or Margaret. Will the royals allow Kate and William to name their daughter after Pippa? I mean, Charlotte is a traditional royal name, but it’s still not on the top choices for any of the family members – apart from maybe the Middletons.

What do you guys think? Will the royal baby girl name ending up being Charlotte, Elizabeth or something else? Will the baby even be a girl, or will it end up being a boy and surprising everyone? Let us know your thoughts in the comments below.