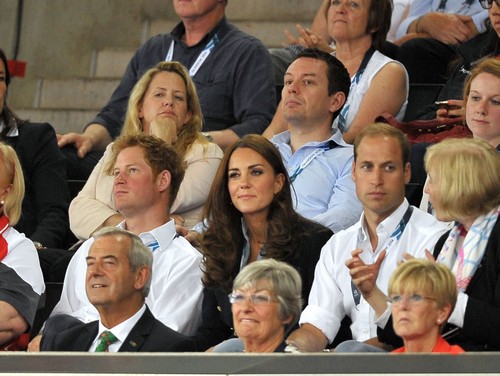 Kate Middleton is upset that Prince William is bored on the Mustique family vacation and would rather be back in London partying with Prince Harry. We’ve already covered the fact that Prince William was initially scheduled to stay home to ‘study’ while Kate Middleton, Prince George, and the rest of her family headed to Mustique for an extended family vacation. However, pressure from Kate, Queen Elizabeth, and the media forced William to change his plans, because apparently no one trusts him to stay home alone without his wife by his side.

However, the consequence of that is that Prince William is now stuck in Mustique and bored out of his mind. Kate Middleton is obviously hanging out with her mother Carole Middleton and her sister Pippa Middleton, and while William can easily hang out with James Middleton or Kate’s father, Michael Middleton, rumor has it that he’s not too fond of either of those men. Considering the circumstances, can one blame William for wishing he stayed home to party with Prince Harry?

Granted, William being bored in Mustique is probably infinitely preferable to the royal family, as opposed to William staying at home and being ‘bored’ with his ex-girlfriends and his partying brother. Harry’s single again [despite rumors of hookups and random girlfriends here and there], and whenever he and his older brother end up without their significant others, they tend to get a little crazy. Guy Pelly’s wedding in Tennessee is one such example, as is William’s rendezvous with ex-girlfriend Jecca Craig while on vacation in Spain. Overall, William’s cheating rumors have subsided since he got married to Kate, but still, there’s no arguing with the fact that the media is still waiting for him to mess up any minute.

What do you guys think? Is Prince William really bored in Mustique? Or is he happy that he’s spending some extra time with his wife and his son, and his wife’s family? Let us know your thoughts in the comments below.