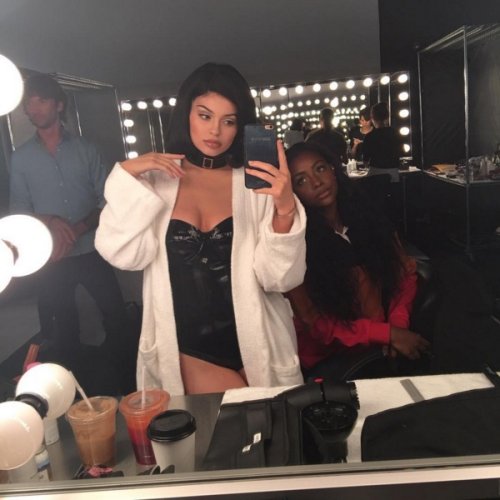 Kylie Jenner recently posed in a wheelchair for an Interview magazine spread and now disability advocates are steaming mad and might even call for a boycott.

The disturbing photos depict a lifeless Kylie wearing black patent leather shoes and a bustier while sitting in a gold-plated wheelchair. There is so much wrong with the concept behind the photoshoot as well as the outcome that some are wondering if the whole session was planned to spark outrage.

Many publications are describing Jenner’s look as that of a “disabled sex doll” and it’s pretty hard to imagine what other possibilities that she and her stylists were going for.

The pictures were shot by famous photographer Steven Klein and have been shared on social media with fervor, not because they are incredible pictures – but because people cannot believe how incredibly offensive they are.

Most photoshoots require that the photographer has a lot of control over direction and styling, but that doesn’t mean Jenner had to sit in that gold accented wheelchair. It’s a no-brainer that those who support the disabled community would find the pictures highly upsetting.

Then again, that could have been the intent behind the shoot. No one is upset about Kylie’s patent leather pants with the butt cheeks cut out or even the molded gold corset that showed every curve (or maybe it was painted on, who knows!).

We all know that Jenner and the rest of her family aim to shock because attention-getting behavior is exactly what makes them famous. Is anything sacred, though? Or at least worth being a little respectful about?

Right now Kylie Jenner is pulling out all the stops to beat Kim Kardashian in a fame war. Kim is due to give birth in just a few weeks. After that, Kylie will really have to work hard if she wants to continue being the most famous of the Kardashian and Jenner bunch.

As we all know, Kim will go to great lengths to make sure she gets back on top. So it looks like the Interview magazine shoot is Kylie’s way of making a lot of waves right before Kim Kardashian’s triumphant return.

Will the scandalous wheelchair photoshoot work for the “Keeping Up With The Kardashians” star or will she be boycotted along with Interview magazine for being so clueless and offensive?