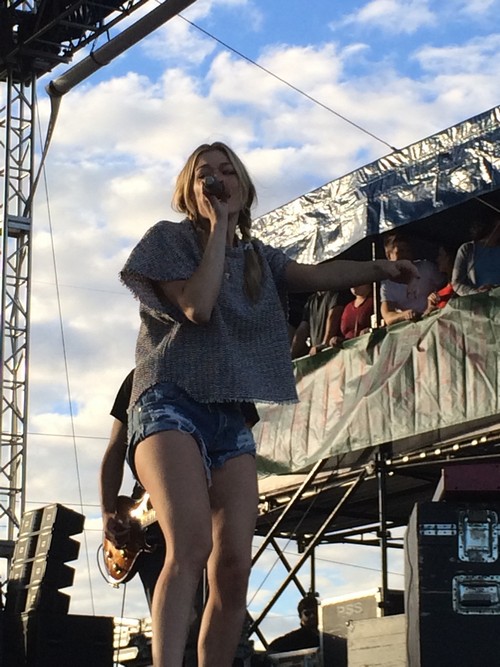 Last January 2014, LeAnn Rimes Tweeted to fans that she would be “Opening” the 2015 Grammy Awards. Last Saturday LeAnn Rimes Tweeted to fans she would be performing at a “Private Grammy show,” the night before the 2015 Grammys. Reality versus Rimes’ Tweets usually has a slight parting of the ways. Oh, LeAnn why do you even try?

The Saturday before the 2015 Grammy Awards, LeAnn Rimes was hired to perform at a private corporate event at the Ohm Nightclub on Hollywood Boulevard. While captions show the corporation that hired LeAnn Rimes referred to the party as a “pre-Grammy party,” it seemed doubtful it was held at the National Academy of Recording Arts and Sciences aka “The Grammy Awards.” In fact, it was a private party held by the WPO and YPO, the World Presidents’ Organization and the Young Presidents’ Organization, an educational and networking organization of business leaders. Rimes was the “band” hired for their “pre-Grammy” party. 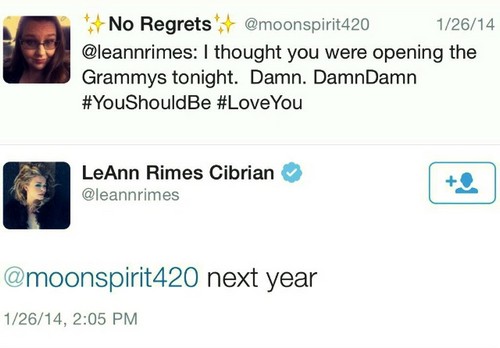 The Sunday of the 2015 Grammy Awards, it turns out that in fact, Ms. Rimes did not open the Grammys. Like the previous year, 2014, she did not even attend. The night of the Grammys, LeAnn Rimes was singing in a suburban Louisiana parking across from the local P.F. Changs. AC/DC actually “opened” the 2015 Grammys at the Staples Center in Los Angeles.

Rimes performed on a traffic median to a free audience at “Family Gras.” It’s a free event thrown by the local Parish government for those who prefer to avoid the city and the boisterousness of the real Mardi Gras. Rimes took the stage in raggedy cut off jean shorts and an equally ragged mid-drift top on Grammy Night. There was no tour bus, only a mobile lavatory a few feet from traffic alongside the stage. Her 2nd husband, actor Eddie Cibrian was nowhere in sight. Rimes exited the lavatory/dressing room, greeted fans before her hour-long performance, and belted out a few of the 90s songs familiar to her small fan base. All in all, it was a lackluster performance, predicated on the usual Rimes antics, kicking her shoes off, talking up her past glories, and leaving the stage early.

Rimes bragged of her two Grammys, seemingly to remind the audience of her stardom, but it fell a little flat. Rimes talked a lot, maybe too much. She especially likes to talk about her past successes, and her Grammy awards, which she mentioned several times. Yes, LeAnn Rimes, at age 14, won two Grammy awards in 1997. Per the Grammy’s website, she won Best New Artist and Best Female Country Vocal Performance in 1997, a nod to her youth, and her cover of the late great Patsy Cline’s mega hit recording, “Blue.” That was 18 years ago.