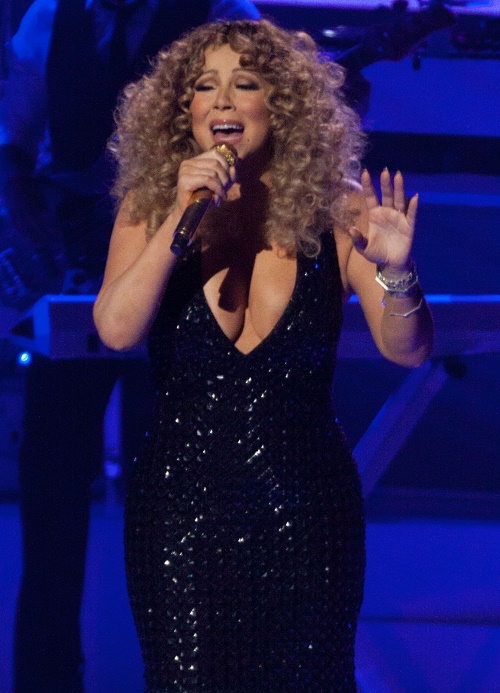 Superstar Mariah Carey recently cancelled her show last night, Wednesday, May 13. She singer just began her residency in Las Vegas, performing at her “#1 To Infinity” show only a week ago, and now ticket holders are not happy, as she cancelled her show last minute. Many fans were unaware of the cancellation until they arrived to the venue. We would have been fuming!

Carey then took to Instagram and released the following statement. “Hey guys… I’ve been fighting bronchitis for the past few days.. almost better but on mandatory vocal rest per doctor’s orders. I’m so sorry to cancel tonight’s show but I promise to make it up to you!!! Love you always, MC.”

Unfortunately, Mariah Carey may not have received the notice from Caesars before she posted her statement because when fans arrived and found the sign saying the show had been cancelled, they were also informed “tonight’s performance has been cancelled and will not be rescheduled.”

There is currently no clarification on what Carey meant when she said she would “make it up” to fans, but regardless, we would not be happy being told so last minute.

Mariah Carey is currently scheduled to perform again on Saturday and Sunday, May 16 and 17, but it is unclear whether or not she will be canceling those shows as well. If you are a ticket holder, do not be surprised if she cancels those last minute as well.

So what’s really going on with Mariah Carey? It is possible that she is sick, but many singers are able to perform through their sickness. We believe that the real issue is that Mariah Carey has simply lost her voice.

The singer, who has been hailed by some as one of the greatest voices of our time, has been belting our her classic songs and singing in her famous whistle register since the late 1980s/early 1990s and that has simply taken a toll on her voice.

If you can recall, Mariah Carey has struggled with performing for the last year or so now, and the tonal quality of her voice has been noticeably deteriorating with each live performance. In December 2014, Mariah Carey performed at NBC’s “Christmas in Rockefeller Center,” and her performance became the bud of many jokes due to her lack of control and inability to hit the high notes that once made her famous.

Since then, Carey has been slammed for lip syncing, and doing a poor job at it, at various events. Fans were hoping that her Vegas residency would allow Mariah Carey to reclaim her title as a legendary songbird, but with canceling a show only one week into performing, it is clear that Mariah Carey has just lost it.

We would love to hear from you. Do you think Mariah Carey is really just recovering from bronchitis, or has the “Vision of Love” singer lost her voice for good? Let us know in the comments below.