Paula Deen Says DWTS Judges Out To Get Her – Didn’t Deserve To Be Eliminated and Sent Home? 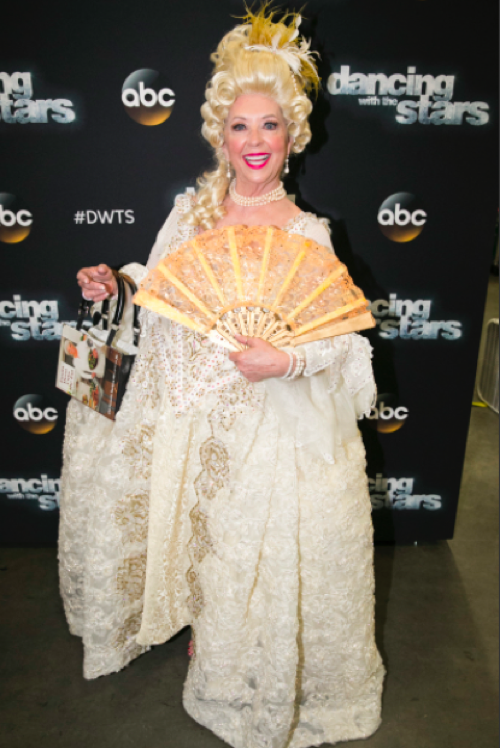 Were the Dancing With The Stars judges out to get Paula Deen? Well, the outspoken celebrity chef seems to think so. During Week 6 of DWTS, Paula and her partner pro dancer Louis Van Amstel were voted off the ABC dancing competition after weeks of being in danger. We could all probably agree that if it weren’t for Kim Zolciak’s early elimination and week of no eliminations – Paula Deen would have probably gone home a few weeks ago. But, Paula seems to think that the judges had it out for her – and she was going home regardless of how her dancing compared to the competitors.

On the Monday October 19th episode of Dancing With The Stars, Paula seemed relieved when host Tom Bergeron announced that she had been eliminated from the competition – she squealed that she couldn’t wait to go home and see her grandkids. After the live show went off the air, Paula did the press rounds and was interviewed by a few media outlets. The celebrity chef informed E! Online that she thought the judges were out to get her from Week 1, and they had been trying to get her and Louis eliminated.

Paula dished to E! that the Dancing With The Stars judges “weren’t crazy about her.” And, then she added, “It was apparent that they weren’t crazy about me being here.” Paula seemed unfazed by the low scares that Carrie Ann, Bruno, and Julianne awarded her every week though. Deen went on to say, “That’s alright. I wasn’t dancing for them. I was dancing for all those women out there that are sitting on their sofa. Get up and dance! Get up and dance girls!”

Paula wasn’t exaggerating, she has received rather low scores from the DWTS judges during Season 21. But, were the judges really being unfair – or was she just not that good of a dancer? What do you guys think? Share your thoughts in the comments below!