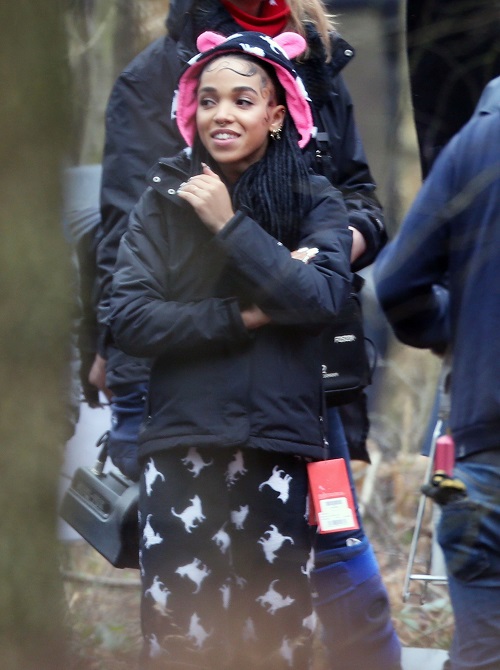 Robert Pattinson and Kristen Stewart were once climbing the same path to success in the film industry, capitalizing on the phenomenal success of the Twilight saga. However, things changed after Kristen’s cheating scandal, and then changed even more after Rob began dating FKA Twigs. We all assumed that Kristen’s career would take a permanent hit after the scandal, especially after she was kicked out of the Snow White and the Huntsman sequel. But a few years down the line, who would have predicted that she would have returned to her indie darling roots while Rob flounders in every non-David Cronenberg movie that he acts in?

To be fair to both of them, they’re trying – but Rob is obviously trying significantly less than Kristen. And truthfully, that can be put down to Rob’s new girlfriend, FKA Twigs. It seems like the majority of his free time is spent following her around while she tours, not in LA taking meetings and trying to land jobs. Kristen, on the other hand, has put her head down and worked steadily for the past year, resulting in a solid series of critically acclaimed indie films that have once again made her an indie critical darling [which she used to be pre-Twilight].

Of course, it seems like Rob will sit by and watch his ex-girlfriend’s career boom AND his new girlfriend’s career boom, while not lifting a finger to help his own career. FKA Twigs directed her own music video this week, and Rob is… well, trying to land his next high-profile gig, I suppose. The only thing is, all his efforts in helping FKA Twigs launch her career, book concerts, make music videos, etc. seemed to have distracted him from his own career. Either that, or he just doesn’t care – especially if the rumors are true and he’s obsessed with getting married.