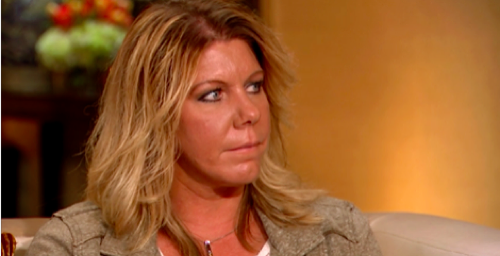 TLC’s reality show Sister Wives returns tonight with an all new Sunday November 22, season 6 episode 11 called “Tell All” and we have your weekly recap below. On tonight’s special two-hour episode, the Browns answer questions on a wide range of topics.

On the last episode, the Browns were in Alaska doing activities such as dogsledding and deep-sea fishing, but a pregnant Robyn couldn’t stand the smell of raw fish. Meanwhile, Logan and his girlfriend went on a double date with Madison and her boyfriend, who later asked Kody for a private chat; and Meri admitted she’s been involved with a man online who wasn’t who she thought he was. Did you watch the last episode? If you missed it we have a full and detailed recap right here for you.

On tonight’s episode as per TLC’s synopsis, “the Browns answer questions on a wide range of topics, including Robyn’s pregnancy and Meri’s catfishing bombshell.”

Tonight’s episode of “Sister Wives” goes behind the scenes to discuss to what really happened to the Brown Family this season.

As many of us can recall, the season picked up with Meri’s decision to attain a legal divorce though not for the reason you would suspect. Apparently Meri was trying to do a good thing by divorcing Kody because that way he could legally marry Robyn. And increase their chances at adopting her three children from a previous marriage.

So Kody and Meri did go ahead with their divorce but afterwards there was quite a few issues surrounding his “remarriage”. Kody had wanted to downplay the paperwork side of a marriage. He said that in his heart he had been married to both women and that it wasn’t going to change. No matter what legal recourse they had to take.

However Robyn and later Meri had wanted to celebrate the marriage. And if they couldn’t make a big thing out of it then the women at least wanted the remarriage to be a group thing.

Which wasn’t ok with Kody because again he didn’t want to make the paperwork out to be such a big thing. So Kody ended up making a unilateral decision. He had told his wives that his second marriage to Robyn was basically going to be under the radar and that he didn’t want any pomp or family around.

And looking back, Kody did say that he had been slightly emotionally volatile back then. Particularly when it came to Robyn’s ex-husband and, while waiting for the other man’s decision regarding the adoption, Kody had said he was prepared to go to war. But the man has calmed back down since then and so Tamron Hall decided to ask the one question she feared would offend the family.

She asked if it was different having Robyn as the more “legitimate” wife and, rather than offend Kody, it was Robyn that had something to say. She said that they were all Kody’s wives and that she often has a problem when people tried to make one wife more important than the others. Although Janelle said that usually its monogamous couples that tries to normalize their marriage so that they could make sense of it and that the people at home watching had kind of a way of seeing Robyn as this interloper. Which is odd because she had been involved with the family since the first episode.

Yet there has been changes for Robyn and Kody despite their take on their marriage certificate. For one, they now have to files their taxes together. So that means Meri now had to file her own taxes as a single woman when she’s still married to Jody.

And speaking of Meri, her life has had to change and there was a possibility (even if she denied it) that her technical divorce played a part in how Meri later acted.

However Meri wasn’t the only wife to ever struggle. Christine also had her problem with Kody and the audience saw that this season when the two went away for their anniversary. Because it’s not like they went ahead alone. The family therapist did follow them on what was supposed to be a romantic vacation.

And it was that therapist that had given a couple a project. She had asked them to a build a structure using the rocks on the beach and it was very telling that Kody had railroaded Christine into helping him build the structure that he wanted. But many of us watching that scene, and for Tamron as well, we were waiting/ rooting for Christine to just knock that structure over.

Though to our surprise she never did. She simply went along with Kody and admitted in her confessionals how disappointed she was with him. So Kody got to see how much that silly old structure had really mattered and he did want to apologize for it but he didn’t want to do it publically.

But there was a lot of things that went public this season and Christine for one had a part of her ugly past come back to haunt her.

Christine and Kody admitted this season that she had gone through a rough patch that had made her say she no longer believe in the principle. And at the time, it had stumped Kody. He had felt Christine should have known what was going to happen seeing as she herself grew up in a polygamous household and had married Kody knowing he had two other wives.

Christine on the other hand had felt ashamed of herself for her behavior. She hadn’t counted on jealousy affecting her that much and the fact it did – made her feel flawed. A word no one else liked and so tried to get Christine to take it easier on herself.

Yet Tamron was interested in the jealousy part. In the past, the wives have skirted around the issue but none of them had every come right out and describe it in detail. So Tamron asked them that question tonight. “When has their jealousy become an issue?”

And it turns out plural marriage can sometimes bring out the worst of the wives’ insecurities. Robyn said that there was always going to be questions of “where do I fit in” or “does he love me as much as her” and the reason the wives have never delve into the issue before is because they didn’t want people to see only that in a plural marriage.

Though, when Tamron took some time to ask the older kids whether they wanted to live in a plural marriage of their own one day – no one said yes. Including Mariah which is surprising because she had always been the most vehement about wanting sister wives. So Tamron had to ask what’s changed and it seems Mariah has taken a step back. She said she wanted to reevaluate what she might need in her life and so she couldn’t say if she wanted a plural marriage.

And her siblings didn’t want one because they said they’ve seen how hard it is to live in a plural marriage. But none of them feel like they could be or were strong enough to handle it.

Yet the family overall has changed. Robyn’s older kids had been adopted and she was pregnant again although, with the second baby, she felt a lot more support from the older kids. And this season the kids have changed as well.

Both Logan and Madison were in serious relationships and their family seemed to approve. However Kody was taken to task this season for somewhat little involvement with his daughters. And so his relationship with them got to change.

He started to make more of an effort with his teenage daughters and has admitted that it’s easier to validate his daughters. Meanwhile his wives can often ask for things that make him so confused – he ends up not knowing what they need. So Tamron decided to get to the nitty gritty tonight and she asked Meri about the scandal.

Tamron called what Meri did an online connection but everyone else got to see it for what it was. An emotional affair. That eventually got out of control when one of the parties became violent.

So Meri finally told her story. She said that after her divorce from Kody became public, she and her family were flooded with messages from all over social media. And a lot of people out there had even congratulated Meri for finally leaving Kody.

And so Meri was in a vulnerable position. She needed someone to be especially sympathetic to her and she met someone that had played on her feelings by saying all the right words she wanted to hear. And then one thing just led to another.

Meri soon realized that something wasn’t right with her friendship with this other man and eventually threats were involved. Meri’s friend had mentioned this woman that could do things and one day a woman walked up to Meri before claiming she was stealing all the data from Meri’s phone. And sometimes Meri would get a call while she was in a store but her friend somehow knew where she was.

So all of together, the things that these people were doing made Meri feel paranoid. She was afraid she was being followed and that her house had been bugged. Therefore she pushed people out of her life as a way to protect them until one day it blew up.

Meri confessed to what she did, by bringing this people in her life, and her family sympathized with her. Kody saw what Meri did a flirt and he didn’t hold that against her. Not when he believed then and still believes now that Meri had been a victim.

The people came after her, targeted her emotionally and then tried to hurt their family. So Meri isn’t in the wrong and the family is going to stick together.