The Amazing Race Recap – Ernest and Jin Eliminated: Recap Season 27 Episode 3 “Where My Dogs At?” 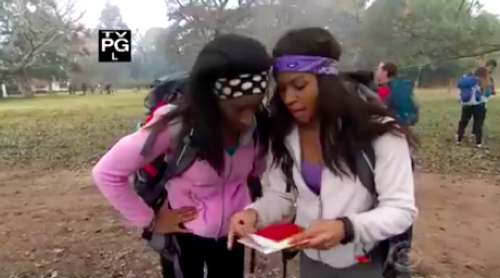 Tonight on CBS the Emmy award winning show The Amazing Race hosted by Phil Keoghan returns in an all new Friday October 9 , season 27 episode 3 called Get in “Where My Dogs At?.” On tonight’s episode, the race continues in San Antonio de Areco, Argentina.

On the episode Teams traveled to the birthplace of Pope Francis, where they visit the church where he was baptized. Also, Racers were driven up a wall when they learned a tango with a twist. Did you watch the last episode? If you missed it, we have a full and detailed recap right here for you.

On tonight’s episode as per the CBS synopsis, “attention to detail is paramount during a meaty challenge and one team faces a penalty after a costly mistake.”

#AmazingRace starts with Tanner and Josh talking about his leg injury and whether it will slow them. Justin and Diana leave first to go to Argentina. They have to go via bus. The other teams head out in short order. They are doing a bus then a pickup truck to get to their first stop. They go to Retiro Bus Station and two teams get on the first bus. Three teams get on the second and the dancers are trying to make up time. Justin and Diana get to a different bus station – is that okay?

Justin and Diana end up getting on the bus later at a different stop. They are first to get to the gaucho #Roadblock. They have to hang meat on a rack to cook. Josh and Tanner are in second and the reporters are in third. One of the teams puts the meat on the ground and a dog comes and nibbles it. The other bus is still in route and the dancers aren’t on a bus yet. Their bus finally shows up. Back at the meat station, Josh is struggling and so is Joey who is told he has it wrong.

The second bus makes it there and they hop into pickup trucks to head to the meat roadblock. Joey gets a second no. The other teams make it there and grab their meat. Josh and Tanner get their clue and they head out with some cooked meat. They talk about how the doctors will probably do this fast. Justin keeps screwing it up by not having the bones facing out. The dancers are in the truck. Justin can’t figure out what he’s doing wrong. Joey and Kelsey get it right and head out.

Cindy and Rick are close behind them and they choose carriage but don’t pick up the buggy whip they need to take with them. Justin and Diana choose Horse. Tanner and Josh are in their outfits heading for the Horse. The guys have to saddle a fake horse and get tack onto it. Justin and Diana show up their soon. James is working on his meat and makes the same mistake – bones not facing out. James gets it right and he and his mom head out. Jazmine and Danielle also get theirs right. The dancers make it to the trucks.

Josh and Tanner realize they have the saddle backwards. Debbie and her son also do horse and so do the track stars. Tiffany and Krista finally get thumbs up on their meat. The doctors realize they didn’t get the buggy whip and the estate was far from the festival site. The dancers make it in last place to the meat roadblock. Josh and Tanner get their fake horse dressed out and roll it towards the festival. Justin and Diana are almost done too.

They head out as well at a run to try and beat them – with the injury a factor, they may catch up. Kelsey and Joey are headed to the pit stop as well. Josh and Tanner beat Justin and Diana by a nose. Tanner and Josh win a trip to Cambodia. Phil tells the first two teams that there will be a double u-turn next leg. The Texas boys have their eye on them for that u-turn. Justin says they better hope they go home if they decide to use it on them or else they’re coming for them.

Kelsey and Joey make it to the pit stop in third place. The mom and son check their horse in and then the track stars do so as well. Cindy and Rick are walking their carriage back to the festival. The mom and son get a 30 minute penalty at the pit stop because she shouted out help to him at the meat challenge. Cindy and Ric get into their carriage after horses are hooked up and ride out. The cheerleaders are on their way back with the carriage and make it back but left the whip at the estate. They have to go back.

Cindy and Rick get their clue and head for the pit stop. The dancers make it to the carriage stop. Logan and Chris make it their in sixth but are pushed up to 5th place because the mom and son are sitting out their penalty. The cheerleaders head out with their whip. Denise and James ride out their penalty and are allowed to check in for a 6th place showing. Cindy and Rick get lost on the way to the museum. They can see what they think is the pit stop but can’t get to it.