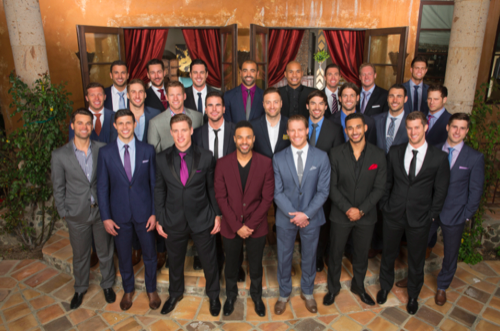 The Bachelorette Britt Nilsson and Kaitlyn Bristowe premiere part 2 airs tonight on ABC with an all new May 19 season 11 episode 2. On tonight’s episode part 2 of 2. Bachelorettes Britt Nilsson and Kaitlyn Bristowe learn which one of them is staying and which one is going home as the men’s decision is revealed. Later, the first rose ceremony is held where six bachelors are sent packing.

On the last episode, America fell in love with two very different but dynamic Bachelorettes last season – Britt Nilsson and Kaitlyn Bristowe. It was hard to choose between the beautiful, charming Britt and the gorgeous, fun-loving, wise cracking Kaitlyn. So now, 25 eligible bachelors have to choose between these two amazing women. For the first time in franchise history there will be two Bachelorettes. Chris Soules sent both ladies home broken hearted, but now with another chance at love, both women are ready to take a journey they hope will wind up happily ever after. Did you watch the last episode? If you missed it, we have a full and detailed recap right here for you.

On tonight’s episode per say the ABC synopsis “the action picks up with Britt and Kaitlyn anxiously awaiting the results of the men’s vote. Chris Harrison prepares to give good news to one Bachelorette and, sadly, bad news to the other woman. One stunning beauty is left speechless with the exciting announcement that she is indeed, the Bachelorette.”

Tonight’s episode of The Bachelorette kicks off with Chris Harrison taking Britt Nilsson aside, he reveals to her that he tallied the votes and the guys have chosen Kaitlyn Bristowe to be the next Bachelorette. Britt is obviously devastated, Chris tries to comfort her and tells her that the vote was very close and then he walks her to a limo and sends her on her way. On the ride back to the hotel Britt cries that she really wanted to find a husband and start a family – she wishes she had never met the guys tonight, because now it is hard to walk away from them. Chris heads back to the mansion and shares the good news with Kaitlyn Bristowe – she cries tears of joy when she learns that she is the official Bachelorette. While the guys are inside waiting to learn whether they will be dating Britt or Kaitlyn, Kaitlyn calls her mom to tell her the good news.

Chris Harrison heads back in to the Bachelor Mansion, he introduces Kaitlyn as The Bachelorette and the majority of guys cheer for her. It is obvious some of them are relieved to see Kaitlyn walk through the door – a few of them are clearly feeling a certain type of way that it isn’t Britt Nilsson. Kaitlyn gives a speech thanking all of the guys for voting her and raving that she can’t wait to find her husband.

Now, the tables have completely turned. The guys now have to woo Kaitlyn and make sure that she doesn’t send them home. Ian swoops in and steals some alone time with Kaitlyn first, they head outside and chat for a few minutes until Joshua comes along and interrupts. Joshua gives Kaitlyn a rose that he welded for her out of steel. While everyone is enjoying their drinks Chris Harrison arrives with the first impression rose, and tells Kaitlyn that she is going to have to decide which guy she thinks deserves it. After Chris leaves the room there is a mad dash, the guys all rush to get some alone time with Kaitlyn before she gives out the first rose. Some of the guys are upset that Britt is gone – and they aren’t even trying to spend time with Kaitlyn. Jared decides to be completely honest with Kaitlyn, and confesses that he didn’t vote for her, he voted for Britt – but he wants to stay and see if he has a connection with Kaitlyn.

Kaitlyn Bristowe heads outside with Chris Strandburg, after getting to know each other a little bit – Chris scores the first kiss of the season. The guys watch them make out from the window and some of them are not happy about it. Jared thinks that he is going to get sent home because Kaitlyn obviously likes Chris and he told her that he voted for Britt. Kaitlyn takes Shawn aside and confesses to him that she is really attracted to him and gives him the first impression rose. Shawn accepts the rose and gives Kaitlyn a kiss.

Now, it’s time for the first rose ceremony of the season. The 24 guys line up to wait and learn their fates. Before Kaitlyn begins passing out the roses she thanks the guys again for voting for her and tells them that she can’t wait to begin the journey with them.

Shawn already received a rose so he is safe tonight. Kaitlyn passes out roses to: Chris, Ben H., JJ, Joe, Kupa, Daniel, Ryan B, Joshua, and Tony. Halfway through the rose ceremony, Brady interrupts and asks Kaitlyn if he can speak to her in private. He leads her outside and explains to her that he had his heart set on dating Britt and he is going to leave the show and go find her. Kaitlyn says goodbye to Brady, and Chris Harrison escorts him away.

Kaitlyn heads back inside and proceeds with the rose ceremony. She finishes handing roses out to Glenn, Corey, Jonathan, Corey S., Ben Z., Tanner, Ian, Justin, and Jared. After the rose ceremony the guys that didn’t receive a rose make their way down to Kaitlyn and say their goodbyes.