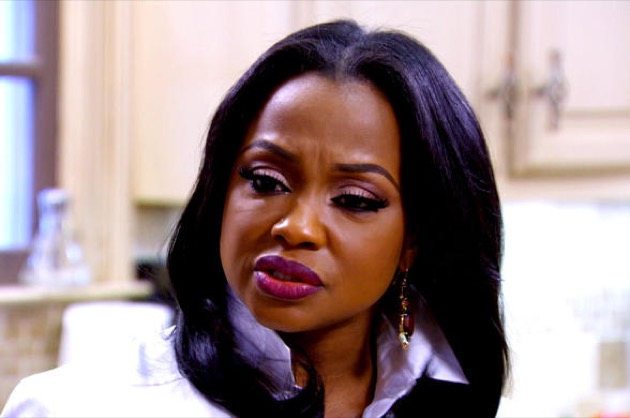 Tonight on Bravo, The Real Housewives of Atlanta continues with an all new Sunday February 8, season 7 episode 13 called “The Countdown Begins,” and we have your weekly recap below. On tonight’s episode, Kandi  Burruss struggles to pick up the pieces after she learns news about “A Mother’s Love.” Kenya Moore is feeling optimistic about diving back into her producing/acting career.

On the last episode, after returning to Atlanta, NeNe reflected upon the drama in Puerto Rico and contemplated the division amongst the group, meanwhile Cynthia had come to the realization that her friendship with NeNe was over and burned the last remnants of their once unbreakable bond. Kandi and Todd visited a doctor to discuss concerns of possible infertility, while Phaedra dealt with the reality of Apollo’s impending return to prison. Kenya and Claudia join Cynthia on an eventful road trip to Charlotte, where old acquaintances were reunited. Did you watch the last episode? If you missed it, we have a full and detailed recap right here for you.

On tonight’s episode as per the Bravo synopsis, “Kandi struggles to pick up the pieces after she learns news about “A Mother’s Love.” Kenya is feeling optimistic about diving back into her producing/acting career. Claudia and Porsha air out their issues at a Rickey Smiley work event. Apollo’s date to report to prison draws near.”

Kenya is eager to get back into acting, so she meets up with a top producer to share her ideas, characters who are loosely based on herself but all different.  “This is my chance to tell my story, so you know I’m gonna use it to throw shade,” she says.

When she says he needs to be there for the production of these projects, he says he can’t because he is working on two sitcoms in LA and won’t be in Atlanta much.  She says in confessional that she needs him at her beck and call 24 hours a day, seven days a week.

Phaedra is still struggling with how to tell Aiden about Apollo going to jail. She gets the suggestion to treat it like an adult time out and say that he is paying the price for breaking an adult rule.

Apollo goes to the divorce attorney. With four days until he turns himself in, he doesn’t know if Phaedra is going to file for divorce. He is told she has not filed.

The attorney tells Apollo that his kids must visit him, because the alternative is for them not to know him at all.

She says that Apollo has become angrier every day and she is concerned about her and the children’s safety. I did not catch what happened immediately afterward as I was laughing too hard.

NeNe and Porsha go to lunch together. Porsha is having a welcome party from the network and invites NeNe, who says she can’t go because she’s getting ready for broadway.

She wonders why Claudia is so worried about where she gets stuff from. She says Cynthia is “dry as a desert” being used by her man. “I see why Claudia can’t get a husband,” NeNe says. “Something is seriously wrong with her.”

Kandi finds out they aren’t selling enough tickets to keep going, because they didn’t sell enough tickets for the first shows to fund the subsequent shows. She starts crying because this will now affect her reputation and the people who worked on it will not be able to get the money they expected. Todd starts listing things they could have done better, and he says if she continues to do the same things she will fail. He says she could learn things from what she did wrong.

Kenya and Brandon meet in a coffee shop. She tells him about the producer’s offer to fund her and give her a crew and set her on her merry way because he’s going to be busy. She says they’ve discussed shooting the pilot in the next few months. Brandon says if they aren’t going to work this around his schedule, they need to do this themselves. Kenya says if she can do a motion picture, she can do a pilot.

He asks her if she’s going to write it, and she says she can.  She says she likes the title ‘Life Twirls On’ for the project.

The plot is about three sisters, one of which catches her fiance with one of the other sisters.  She says she wants to take the focus off of people in her real life.

Derek J comes over to Claudia’s apartment to change up her look for the Dish Nation party.  She and Porsha both work for Ricky Smiley; when Porsha started working there, she was very cold to her. Now they’re both going to this party.  She’s wearing a wig, and they decide to use an easy release wig unless Porsha snatches it.

She talks about Porsha being proud of getting a Rolls Royce that a married man paid for, saying she never would have brought that up if Porsha didn’t push her. “It’s hunting season, and you looking like a big dumbass doe right now,” she says.

Kandi has to announce to people working on the show that it’s being canceled. She tells them that the producer is not financially prepared to be on the tour, but it’s their fault for not having done research on him like they should, and that they gave up control, which they never do. She says she thinks they’re good people who just got in over their head.

She is scared to tell the cast, given that some people have quit their jobs for this opportunity.

Porshas official welcome party from Dish Nation has begun. Claudia is asked about Porsha in the interview and says she wants to support her because she’s part of Ricky Smiley’s empire.

She wants to be ladies and get along with her regardless of what happened in the past.  Porsha, however, finds it “really tacky that she would come to my event after what happened in Puerto Rico.”

Porsha and Claudia sit at a booth together. Porsha says she has the gift of discernment and she is pulled to the people she needs to be around. Claudia says she wants a cordial work environment at best, because they have to see eachother every day at work.

Porsha says the bus on the incident confirmed things she had thought and that the words that were said were “unforgivable.” She says the way Claudia acted was hostile. Claudia says she isn’t apologizing for what she said about how she got her car. Porsha says she doesn’t care about what Claudia thinks she knows, and Claudia calls her fake. Porsha says nothing about her is fake.

Porsha says she has people watching her, this is her event and she’s being celebrated. She says they each have people they deal with and there is no reason for her to invite her into her world. Porsha storms away while they continue to fight with eachother.

Phaedra tells her mother that as she knows, Apollo has been erratic and crazy and now he’s come up with a crazy theory that she’s having an affair. She says in confessional that he’s “definitely unraveling,” now making threats like threatening he will burn down the house. She says he’s slamming doors, banging holes open in the walls, and she wonders if he is truly suicidal. Her mother says she will not let him stay if he’s threatening people, and that it’s not worth it. She says they are getting out of there for the safety of Porsha and her children.

She says she wants to hope he’ll come back to his right mind, but her mother says she should take herself and her kids out of this situation because she doesn’t want to wake up and find all of them dead.