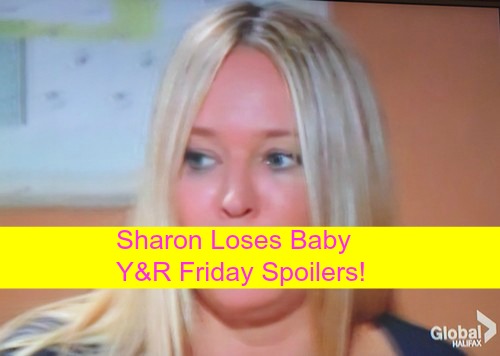 “The Young and the Restless” spoilers for Friday, November 20, tease that Dylan (Steve Burton) will have a video chat with Sharon (Sharon Case). Unfortunately, Dylan will have to deliver the news that Nick (Joshua Morrow) and Sage’s (Kelly Sullivan) baby didn’t make it. Sharon will cry out in despair and Dr. Anderson (Elizabeth Bogush) will try to get her to calm down.

Dylan will sense that someone is in the room with Sharon and he’ll start asking questions. Dr. Anderson will tell Sharon it’s time to wrap it up and she’ll disconnect the call. Sharon will worry about the fate of her own child, but Dr. Anderson will try to quiet her fears. Dr. Anderson will inject Sharon with more drugs and tell her to rest. Then, the doc will make a call about Christian. There are big plans for the little one.

Dylan will look at his screen after the disconnected call. A map will appear for the tracked meds and Dylan will wonder if it’s connected to Dr. Neville (Michael E. Knight). At the athletic club, Gwen (Nadine Nicole) will discuss Neil’s (Kristoff St. John) guilt with Devon (Bryton James).

Devon will get suspicious that Gwen knows more than she’s saying. Gwen will insist that Hilary (Mishael Morgan) is the one to be concerned about. Hilary broke her vows once and there’s no reason to think she won’t do it now.

In a suite, Hilary will kiss Neil passionately. Neil will give in at first, but he’ll ultimately push Hilary away. Hilary will believe Neil should stop fighting this, but he’ll say he can’t do it to Devon and Gwen. Hilary will tell Neil she still loves him, but he’ll head out the door. 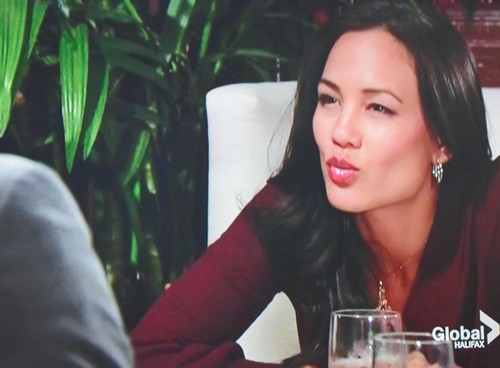 Neil will meet with Gwen and she’ll give him a hard time about Hilary’s memory lapse. Neil will stick up for Hilary and remind Gwen that she lied to protect them. Gwen will snap that she’s lied plenty for Neil’s sake. Gwen will think Neil wants Hilary back.

Dylan will give Devon updates on the meds they’re tracking. There has suddenly been movement on them and it seems they’re at the athletic club. In Hilary’s suite, Dr. Neville will arrive and want to fix what’s wrong with Hilary’s brain.

Other “Young and the Restless” spoilers reveal that Neil will feel torn between the women in his life. Neil will confess that he’s still drawn to Hilary, but he’ll feel that he shares a lot with Gwen as well. Devon and Dylan will rush in and head upstairs to find out more about the meds.

Gwen will suggest that Neil will be sorry if he goes with them. Neil will do it anyway and he’ll learn Hilary is missing. When Neil suggests that Dr. Neville wouldn’t hurt Hilary, Devon will think it sounds like Neil knows him personally. Gwen will show up and offer to explain.

Back downstairs, Hilary will find Dylan and say she met with Dr. Neville. Hilary will indicate that she wanted answers, but Dr. Neville is probably long gone by now. Meanwhile, Sage and Nick will attend a counseling session. 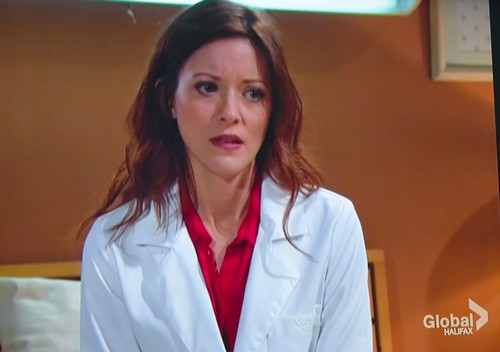 They’ll make real progress and embrace by the time it’s over. On the way out, they’ll run into Dr. Anderson. The doc will tell them how happy Sharon is as she waits on her baby’s birth. A heartbroken Sage will walk away.

Sharon will wake up from a nap and talk to her baby. When Sharon realizes she hasn’t felt the child kick, she’ll rush over to the mirror. Sharon won’t see a baby bump and she’ll freak out. It seems Sharon has discovered that something’s up.

Dr. Anderson will undoubtedly ease Sharon’s mind once she produces a kiddo in front of her. Y&R rumors hint that Sharon’s bliss may help her set aside her suspicions. Stay tuned to the CBS soap to see Sharon react to her family expansion.