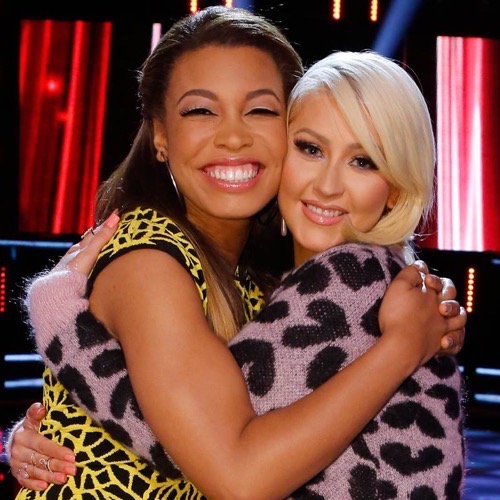 India Carney of Team Christina Aguilera sang, “Earth Song” by Michael Jackson this week for one of her song choice.  On tonight’s show the top five artists performed live in front of coaches Adam Levine, Blake Shelton, Christina Aguilera and Pharrell Williams for America’s votes. Each of the Top 5 will have to give the performance of a lifetime to make it to The Voice finale.

On tonight’s episode India sang “Earth Song” by Michael Jackson and the judges had this to say about his performance: Pharrell says that looked, felt and sounded beautiful and says every artist wants to feel like what she just did on stage. Adam says every performance of hers is awesome and are like performance art. He says it’s cool and starts off chill then gets angry, sad and crazy. He says he loves watching her perform. Christina says that’s what she’s about and says she likes to watch a storybook unfold. She says India embodies that and brings it all to life for her. She says the emotion and the wind and all of it made her a superstar tonight. – Voting numbers: 855-VOICE-04 or text 4 to 8642