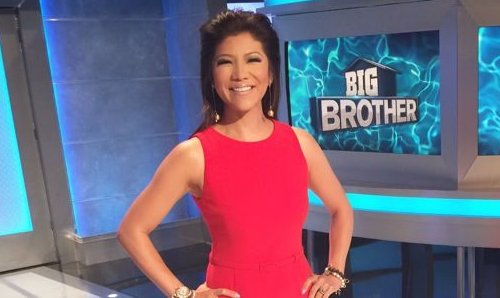 Big Brother 18 spoilers for the live eviction show on Thursday, June 30 reveal that Julie Chen will announce a “big surprise” that will shake up the game again plus we’ve got some hot action from the Live Feeds that reveal a rift in the 8-Pack and one newbie finally getting smart.

So what’s the big surprise coming from Julie Chen? CBS and BB18 showrunners have been tight-lipped, but there are some options that Big Brother watchers are already hoping for – possibly the option for an evicted houseguest to return to play again.

The returning houseguest trope has happened before so it’s feasible but would that be a big shock as we’ve been promised? 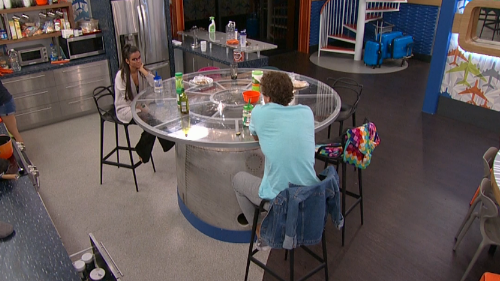 Could the surprise be a change to voting reveals?

The other rumor swirling for this “surprise” is a change to the way houseguest votes are revealed – perhaps only the BB18 viewers will see them. After everyone heads to the Diary Room to vote, on past seasons, Julie Chen has always announced “with a vote of… so and so is evicted.”

The numbers are often very revealing and let players know whether their alliance voted together or someone went astray. If Julie only announces the evicted houseguest’s name with no further information, that would wreak havoc on gameplay, particularly in a season already plagued by ignorance of Big Brother strategy and tactics on the part of the unschooled newbies. 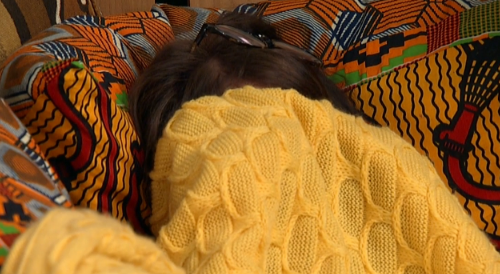 Given that when you come on Big Brother and know you’ll play comps in a variety of costumes from bathing suits to fuzzy suits, you can’t be shy about your body – there’s also the whole public bathroom situation. Yet poor Michelle brought her body issues with her and the pixel punishment hit her hard.

Michelle (see the yellow blanketed pic) absolutely bawled to Frank that she had gained five or 10 pounds and was miserable having to show so much of her body. Frank was very nice and told her thought she had “lost weight.” That guy should be a politician… 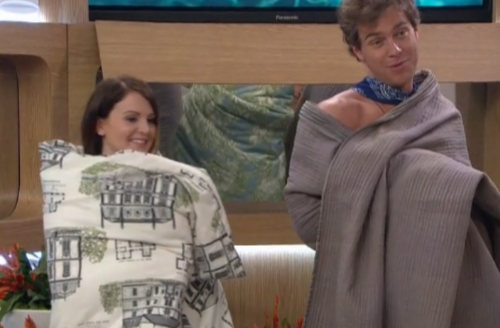 Frank and Paulie still need to be pixelated…

Frank, Paulie, Michelle and Bridgette came up with a way to announce the end of their punishment. The idea was to come out in blankets looking like they’re undressed, throw their pixels at the other HGs then drop the blankets to reveal they’re dressed.

The only issue was Paulie and Frank were NOT. They were totally nude and holding baseball caps in front of their junk. As they exited laughing, Frank threw a hand up to block some of his rear, but it was nearly a full monty show from the two guys. The women opted for outfits! 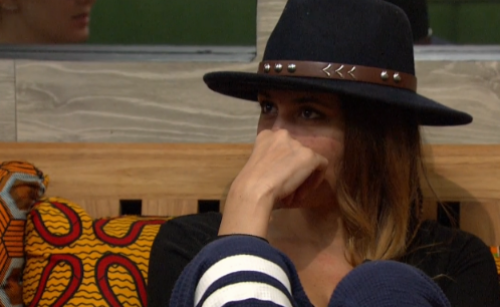 When Frank wasn’t showing off his assets or comforting a crying chick, he was playing a wicked smart game on both sides of the house and Tiffany called him on it. Frank has been getting close to newbies who aren’t privy to 8-Pack alliance talk and he even told Natalie that Paulie wasn’t getting his vote.

Natalie then went to the SpyGirls, Bronte and Bridgette, and while she didn’t reveal Frank’s role in her acquired knowledge, told them she thought Jozea might be going home. Victor was told as well – and NONE of them believed it. This will push Natalie closer to Frank! 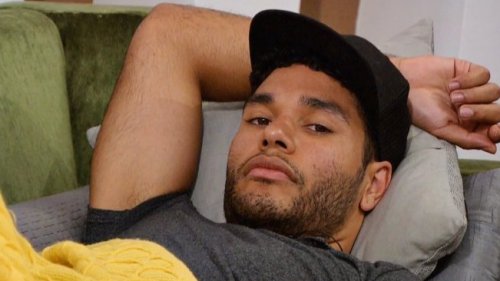 Tiffany then got into it with Frank and had a mini-fit (shades of her sister Vanessa) and bawled to the girls calling Frank a chauvinist. Her antics have some 8-Pack members considering secretly pushing her out of the group and bringing in clever Natalie to replace her.

Big Brother 18 spoilers from the Live Feeds shw that the blindside may be much less so because of Frank’s chatting with the other side of the house. Even so, many will still be shocked – and Jozea most of all!

What’s the shocker coming tonight (aside from the newbies watching Jozea leave)?

What do you think? What is Julie Chen going to reveal tonight? What’s the shocker? Will an evictee get a chance to come back and play? Will the voting change? Is it a recycle from a prior season of BB brought back to liven up BB18 or is it an all-new twist? Here’s hoping for all-new!

Share your comments below on the coming surprise and tune into CDL tonight for a LIVE recap of the Week 1 LIVE EVICTION.