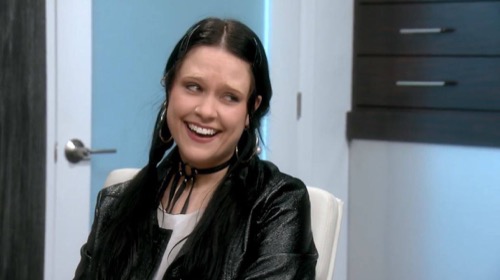 Botched continues tonight with an all new Tuesday, May 24 season 3 episode 3 called, “Pinched Perfect” and we’ve got your recap down below! On tonight’s episode, Paul helps singer Norwood Young find his voice again by performing a revision rhinoplasty.

On the last episode, Dr. Dubrow helps a mother who looks like she’s been pregnant for 12 years, while Dr. Nassif treats a woman who hasn’t been able to close her mouth since college. Did you watch the episode? If you missed it we have a full and detailed recap, right here for you.

On tonight’s episode as  per the E! synopsis “Paul helps singer Norwood Young find his voice again by performing a revision rhinoplasty, while Terry reconstructs the chest of a young mother whose surgeon put in two different sized implants, making them lopsided. Also: The docs assist a woman whose earlobes are stretched to almost 2 inches.”

Tonight is going to be another crazy episode that you won’t want to miss, so be sure to tune in for our live coverage of E!’s “Botched” tonight at 9PM EST! Meanwhile, while you wait for our recap, hit the comments and let us know how excited you are about this season 3 episode 3?

On tonight’s episode of the “Botched” we met a man that claims he has the nose of a twelve-year-old girl. Norwood Young is a singer. He grew up with music in the house and had his first chance to sing in front of an audience at church. Where he found much success. So that’s when Norwood realized that’s what he wanted to do with his life and he then set about making a career for himself.

But along the way, some of the old demons came back. Norwood began to remember being molested from the ages seven to thirteen until he was finally able to put an end to it. So that had made him feel like that maybe he should improve his looks and regain control over his image however the following surgeries were one step forward and two steps back. The first surgery on his nose had been done by a doctor he picked randomly and that doctor had actually taken the tip off of his nose.

So the next doctor had used cartilage from Norwood’s ear to build up his nose and Norwood had truly enjoyed the job that particular doctor did. Only he had taken picture with that nose for an album and a lot of social media had hated his nose. And some had even thrown out some cruel words to describe his looks. Therefore, Norwood had his nose done again and that time he had felt his nose was finally perfect however, not long after his surgery, the nose collapsed.

And a collapsed nose was getting in the way of Norwood’s career. He couldn’t perform like he used to and his producer didn’t want him performing in public until he got his nose fixed. So Norwood ended up going to Paul and Terry and he had asked the guys what they could do. However, the guys didn’t have all good news for him. They had taken a look at the damage and they saw the risk that another surgery could carry.

For while Norwood may have had problems holding a note for long, any further damage ran the risk of making him even more nasal as well as destroying the nose entirely. So the guys had to tell Norwood that before they could begin. And thankfully Norwood decided to trust his nose in Paul’s hands.

Now the next patient was also asking the doctors to take a risk. Kathleen had grown up with a very catholic upbringing and her parents had generally fought loud enough for everyone to hear them. So Kathleen admits to getting tattoos and piercings as a way to get their attention. Only Kathleen also states that she went too far with her ears. Which were hampering her career and risking her livelihood.

Kathleen had apparently stretched out her ears lobes herself at first, but she had later gone to a specialist to stretch them out and that person had made an incision. So initially Kathleen had gotten what she wanted. For she did get wear those big earrings that would further stretch out her earlobes.

Yet, Kathleen eventually grew out of that stage in her life and she had been left with ears like rubber bands about to snap. And on additional note they were also hard to cover up. So Kathleen would try to go about her job at a car dealership like nothing was wrong and for a while nothing happened until suddenly a customer doesn’t want to deal with her. Or they would insult her to her face by same she was freak.

So Kathleen had gone to the doctors because she wanted them to fix her ears and make them go back to where they used to be. But the doctors had warned her too. They said that the holes in her ears had gone up to her cartilage so anymore interference could just very well destroy the ear. And yet that had mattered to Kathleen because she had already read up on their warnings before booking her consultation.

And so Kathleen was basically ready for anything as long as the doctors could fix her ears. So she later agreed to also have surgery while she was awake because Paul said they didn’t really need the anesthesia. Though with all of the risks involved, Kathleen’s surgery went off without any problems and she was able to see dramatic improve within the first couple of days.

Norwood’s surgery on the other hand did have some issues. Paul had gone in and he had just seen damage everywhere. He had run into scar tissue while he was in there and, although he did his best, Paul took it personally when his best left behind a scar. The scar wasn’t going to be as noticeable as Paul’s, but the doctor prides himself on masterful work and so he ended up disappointed despite leaving behind the smallest scar possible.

Meanwhile Norwood had merely been happy to breathe normally again. As it turns out he had loved his new nose instantly because he was already sounding like his former self though what clinched the deal had been its appearance. No longer did Norwood have to compare himself with prepubescent girl. And the nose looked good at his next performance.

But Desiree had been someone entirely different than either Norwood or Kathleen. She had been someone born botched and was later botched again by a doctor. So for a second there Terry and Paul had wondered what to call her condition because they didn’t know if her case was twice botched or botch squared, but all kidding aside, Desiree had a real issue that only Terry could fix.

When Desiree had hit puberty, she had noticed that one breast was growing while the other remained flat. So Desiree had gone through a stage where she stuffed the other side of her bra with chicken cutlets and tissue however she wanted to fix her chest for her wedding. And that led to the second botch because she had been then left with an implant that was too high in her chest.

Only Terry went in there and he was able to even out her chest as well as give her the big bust size that she had originally been aiming for.

So for the first time Desiree was finally able to wear a bikini without feeling self-conscious.