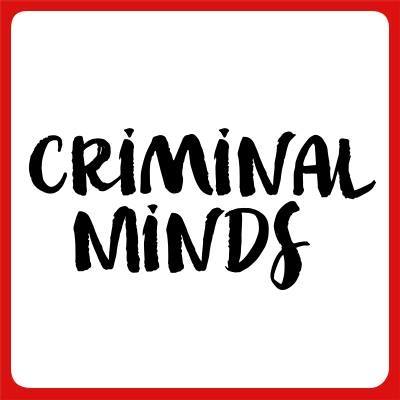 Tonight on CBS their hit drama Criminal Minds returns with an all-new Wednesday, November 30, 2016, episode called “Mirror Image,” and we have your weekly Criminal Minds recap below. On tonight’s Criminal Minds episode season 12 episode 7 as per the CBS synopsis, “The BAU opens an investigation when a man who fully believes he is Dr. Tara Lewis’ (Aisha Tyler) brother arrives in town, knowing everything about her and her family, and she is unable to make contact with her real sibling.”

Dr. Lewis hadn’t been around when Emily was promoted as the director of their unit however she was happy about it and had even returned to work bearing gifts. But Lewis did have something to ask and the magnificent flower arrangement had merely been a bribe for the new boss. Lewis had apparently wanted to take her lunch break off campus because her brother was in town and she had wanted to see him. So Emily didn’t have a problem with giving Lewis the permission she needed because she knew how much seeing Gabriel mattered to Lewis. Lewis and her brother Gabriel have been estranged for a few years and they would have stayed that way if their father hadn’t intervened.

Lewis’s father thought it was time his children finally started talking to each other again and so he had arranged the lunch because he hoped they could repair their relationship. However, Lewis’s friends at the BAU weren’t counting on Lewis and Gabriel suddenly making up for lost time. The guys had heard the story and they all felt that Gabriel only agreed to the lunch because he needed money. So they all thought that Gabriel would do what he did back when they were younger. They thought Gabriel would tell Lewis about another get-rich-quick scheme that didn’t work out and say he needed capital for his latest venture yet it was that type of trick that ruined his relationship Lewis.

Lewis and her brother had been close as children because they grew up as army brats and were always moving around though that relationship changed as they got older. Gabriel had been just as smart as his older sister and for some reason he had thrown away a free ride to Yale in order to try his hand at get-rich-quick schemes. Yet, none of those schemes ever worked out so Lewis eventually found herself always having to bail out her little brother. She would pay off his other lenders, whatever debt he had incurred, and she had also done her best to keep Gabriel out of jail. So you would think Gabriel would be grateful only he refused to be. He felt like Lewis was trying to control him so he wrote her off.

Gabriel actual refused to see or speak to his sister for years until out of nowhere he agrees to a lunch. Though there was something off about that lunch because the man that met with Lewis hadn’t been her brother. Lewis had admittedly not seen her brother in a while, but she knew what he looked like and the man that introduce himself as her brother was very much not her brother. So Lewis immediately called in her friends at the Bureau and told them about what’s going on. She said that there was a man claiming to be her brother, who knew that he shouldn’t have and that she believed the imposter had done something to her actual brother. And to make matters worse Lewis had to find a way to tell her father that Gabriel could be in danger.

But first her father had to tell her why he didn’t mention Gabriel was still in the country and so her dad had to reveal everything to her. He had to reveal that Gabriel had asked him not to say anything to Lewis because he didn’t want her involved in his new life and that his new life was apparently in lobbying. So Lewis had had to tell her dad that Gabriel was lying and that he hadn’t change. She said that no one would hire Gabriel as a lobbyist and that the scheme in which he convinced all fifty states to sign off on online gambling didn’t make much sense. And so Lewis had told her father what she felt he needed to hear however she didn’t want to tell him that Gabriel was missing or that they were interrogating an imposter.

Only things changed after Lewis was alerted about a warehouse. Lewis and the others had found out that there was a warehouse connected to her brother and so she had thought her brother was being held there. However, Gabriel hadn’t been at the warehouse and it turns out that the building was supposed to be found because someone had obviously set out a bunch of pictures of Gabriel as sort of a memorial for him. So Lewis had been put off by that and she had thought her brother was gone yet there had been a video left behind and it had been of Gabriel. Gabriel was unfortunately, being tortured in the video and the Unsub or at least the true Unsub anyways had revealed themselves.

The person that was torturing Gabriel was Mr. Scratch. Yet, that meant nothing good for Lewis’s brother because Mr. Scratch was a sadist that liked getting off on other people’s pain. Mr. Scratch usually kidnaps someone and with enough hallucinogen as well as torture he would be able to convince his hostages that they were anyone he said they were. So the imposter eventually made sense to everyone and they did find out the imposter’s real name. His name was Desmond Holt and suffered from multiple personality disorder so he was sadly perfect for Mr. Scratch. Desmond was already susceptible of taking on a whole new personality and he was also probably searching for a family of his own.

Desmond’s mother had died when he was young and so he grew up with an abusive stepfather that forced him to play Russian Roulette everyday. So Desmond probably always wanted to have a family like Gabriel’s where he had a sister that did her best to protect him and a father that always believed in him no matter what, but Lewis and the others were told to be careful about confronting Desmond. Desmond’s therapist had once tried to get him to acknowledge his other personalities and that led to a near comatose breakdown that Desmond couldn’t get out of for a good six months. Though Lewis knew that she had to confront Desmond because he was the only one that knew where her brother was.

So Lewis did bring in her father. She had told her father everything that had happened and that he needed to play his part around Desmond in order to get Desmond lower down his guard. But Lewis didn’t know that Desmond would reveal some family secrets that she didn’t even know and so Desmond helped her understand what Scratch’s message was. Desmond had told Tara that Gabriel had had to turn down school because their mother was sick and their father couldn’t handle everything on his own. And so that reminded Lewis of the parable about the prodigal son because she knew that she had actually been the one that went off to college to enjoy her new life while her brother sacrificed for the family.

Later on, however, Lewis returned to Desmond’s side and she did find a way to help him understand that he wasn’t really Gabriel. So Desmond told her the address and Lewis followed the order like Scratch knew she would. Though Scratch wasn’t there when they found Gabriel and rescued him. He had apparently already taken off and so that means this deadly game with him wasn’t over yet.