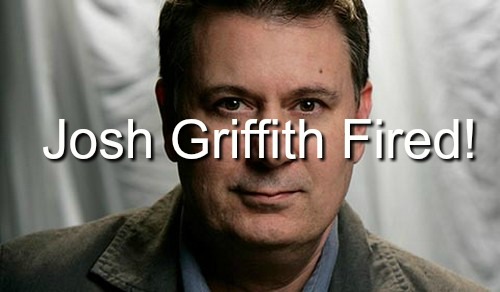 “Days of Our Lives” (DOOL) spoilers tease that another writing shakeup is happening at the NBC Soap. According to reports, one of DOOL’s co-head writers is out. Josh Griffith has left “Days” and is being replaced by a staff writer named Ryan Quan. Dena Higley continues to hold her position as the show’s other co-head writer.

This is certainly some shocking and somewhat unsettling news for “Days of Our Lives” fans. Higley took an extended leave of absence last August and we never heard anything about her return. Most of us were expecting to hear an announcement about Higley’s replacement, but we’re hearing about Griffith’s instead.

Many viewers will miss having Griffith at the helm. Griffith seemed to be a very hands-on writer who really connected with the cast and crew. With co-head writers, you can always see the influence of each one based on his or her previous work. Griffith tends to focus on truly developing solid relationships between characters and we’ve definitely seen that happen on screen.

Nevertheless, this is just the way it is the soap biz. Writers come and writers go. Since “Days of Our Lives” has bumped up Quan to fill Griffith’s spot, they obviously have faith in him. It should help that Quan has already been involved in the show’s current storylines on some level.

During recent renewal negotiations, NBC requested that DOOL start taping closer to air. However, we don’t know for sure if that change will be made or when it might go into effect. As of right now, it should be close to six months before we actually see Quan’s material. That means you’ll have a chance to watch the rest of Griffith’s work play out.

We’ll give you updates if we hear anything else about behind-the-scenes changes at “Days of Our Lives.” At least we know a renewal has been confirmed. Maybe DOOL will have a chance to steady the ship once again before the next negotiations come up.

So “Days” fans, what do you think about Josh Griffith leaving his position as co-head writer? Are you surprised by the news? Are you worried about the storylines moving forward or are you OK with the change? Voice your opinion in the comments below and don’t forget to check CDL often for the latest “Days of Our Lives” spoilers, updates and news.