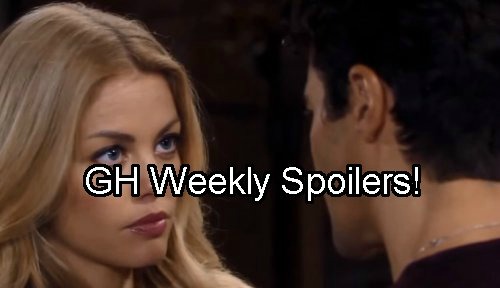 Fresh General Hospital (GH) spoilers for the week of Monday, October 3 thru Friday, October 7 reveal chaos in Port Charles as Morgan and Alexis both spin out, Claudette has more dirty secrets to spill, Griffin turns to Anna, and Sonny and Carly have a striking difference of opinion.

Morgan Corinthos (Bryan Craig) continues to spiral and comes clean to Andre Maddox (Anthony Montgomery) about his school cheating but keeps other things hidden from his therapist. Like many bipolar patients, Morgan suffers from poor impulse control and a high libido. 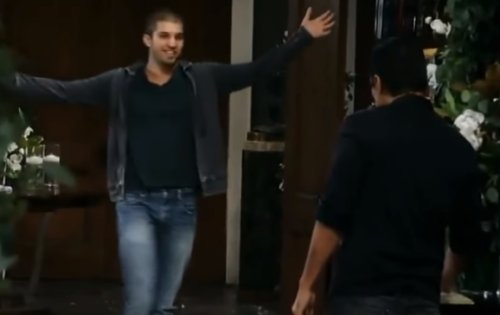 Morgan misreads things when Nelle Hayes (Chloe Lanier) offers sympathy and he makes a bold pass at her. Nelle shuts him down and also this week, Nelle goes to Sonny Corinthos (Maurice Benard) looking for advice, but she’s likely looking to advance her secret agenda. Nelle makes trouble.

Kiki Jerome (Hayley Erin) and Nelle talk about working for Carly Corinthos (Laura Wright) but will Nelle reveal Morgan’s flirting? Kiki later goes to Franco (Roger Howarth) and tells him she can’t handle Morgan’s mental health issues and is second-guessing her commitment to him. 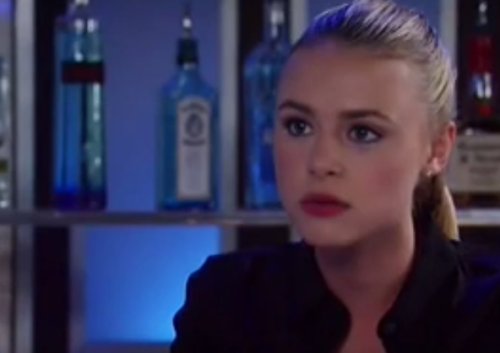 Sonny and Carly have to confront Morgan this week and are united in that effort but are splintering where it comes to Sonny’s quest for revenge against Julian Jerome (William deVry). Sonny talks to Griffin Munro (Matt Cohen) who questions Sonny’s faith in God versus his current actions.

Claudette Bolland (Bree Williamson) tells Griffin about the despicable activities she engaged in with Valentin Cassadine (James Stuart) that explain why he’s coming after her and threatened Charlotte. Griffin is disgusted and turns to Anna Devane (Finola Hughes) as a sounding board. 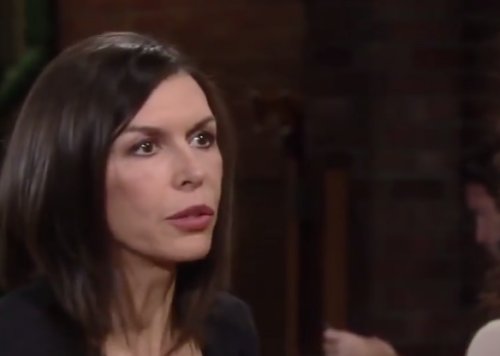 Also spinning out is Alexis Davis (Nancy Grahn) who continues to dive deeper into the bottle this week and has a drunken encounter she’ll regret when someone surprises her by showing up at her house. Is it one of her exes? What will Alexis do and how much will she regret it later?

Nina Clay (Michelle Stafford) still wants a baby but Curtis Ashford (Donnell Turner) has to give her a reality check about the odds of her getting the child she wants. Dillon Quartermaine (Robert Watkins) is distraught over his dad’s serial killer reveal and Kiki comforts him. 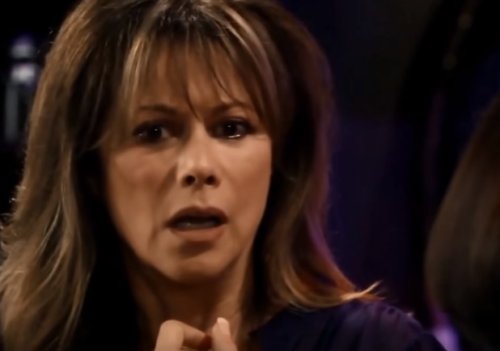 Morgan sees them talking and draws the wrong conclusion and spirals further out of control. Hayden Barnes (Rebecca Budig) and Hamilton Finn (Michael Easton) overhear some news about the hospital that concerns them and share what they heard with others – GH is still in crisis!

Ava Jerome (Maura West) is able to get away with something – is it aiding and abetting Paul Hornsby (Richard Burgi) or is it the medicine swap? She never seems to pay… Ned Ashton (Wally Kurth) and Olivia Falconeri (Lisa LoCicero) are back this week and heat things up once again.

Anna Devane is back in action on #GH pic.twitter.com/oG5iGpvPQc

General Hospital spoilers reveal more tragedy in Port Charles but will we lose another character? Let’s hope not. Tracy Quartermaine (Jane Elliot) will survive her potentially deadly encounter with Paul and then has to try and help Monica Quartermaine (Leslie Charleson) get GH on its feet again.

All this and more coming on GH episodes the week of Monday, October 3 thru Friday, October 7. Watch every day, share your comments below and check back with CDL often for all the latest General Hospital spoilers and news.