Grey’s Anatomy LIVE Recap: Season 12 Episode 13 “All Eyez on Me” 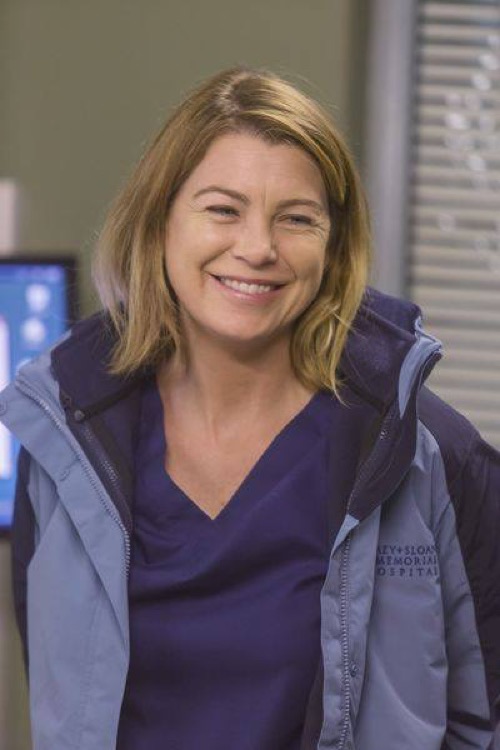 Tonight on ABC Grey’s Anatomy returns with a great all new Thursday March 10, season 12 episode 13 titled “All Eyez on Me.” On tonight’s episode, Several of the doctors visit a military hospital to perform a risky operation on a veteran.

On the last episode, Meredith’s first surgical patient returned to the hospital with a new aneurysm, and Amelia took on the case. Elsewhere, Maggie believed Richard knew about her secret romance with Andrew; and Arizona considered- jumping back into the dating world. Did you watch the last episode? If you missed it, we have a full and detailed recap right here for you.

On tonight’s episode as per the ABC synopsis, “several of the doctors visit a military hospital to perform a risky operation on a veteran. Meanwhile, Andrew grows to dislike the secret nature of his and Maggie’s romance; Ben makes a hasty surgical decision; and cheerleaders cause chaos in the ER.”

This episode looks like it is going to be a great episode and you won’t want to miss it, so be sure to tune in for our live coverage of ABC’s “Grey’s Anatomy” Season 12 Episode 13 at 9 PM EST!

The doctors at Grey Sloan Memorial Hospital had something called an away game on tonight’s new episode of “Grey’s Anatomy”.

A few days ago, Owen received a call from an old friend of his from his military days about a patient with a unique tumor that was going to kill him even if he were to receive aggressive chemotherapy. Yet Corporal Miller had turned to Owen for help because he knew that Owen’s hospital had been known for creating and carrying out miracles. And that’s what the sergeant needed.

Sergeant Brian Carson already had short amount of time left to him however an accident ended up pushing the doctors into high gear. Apparently the sergeant had taken a nasty fall and that fall fractured his pelvis. And made it both unsafe for him to travel to Grey Sloan Memorial as well as him needing surgery that night.

So the plan that Callie had come up was brand new and the dream team had literally only practiced it once when suddenly they had to perform surgery. Therefore, the doctors quickly moved out to the Bauer Medical Facility and they tried to get an update on the patient when they were rudely interrupted by Major Thorpe. The major had been Sergeant Carson’s doctor and he had in fact argued against the new surgery because he didn’t want his patient to be anyone guinea pig.

Though, the patient would later say that he rather be a guinea pig than someone barely living. It seems that he’s been sick for quite a while and so it’s not as exactly as if he was enjoying the time he had left. Which was ultimately the reason why he took a chance on what Callie was offering even though it carried the risk of killing him.

And in the meantime, the doctors that had stayed behind at Grey Sloan Memorial Hospital had a crisis of their own. Namely the cheerleader. A group of them had been brought in after a nasty accident at their Semi-Finales and the teenage girls were verbally ripping each other apart because they all wanted to know whose fault it was their pyramid failed.

Naturally there was a squad leader and couple of outsiders that felt like they barely onto the team. But things went downhill after the squad leader tried to kick a girl off the team altogether so that she could have someone to blame and the arguing drowned out another cheerleader crashing. So eventually Alex did the one thing he hates. He yelled at a couple of kids.

Yet, they had deserved it. The emergency room was full and, for some reason, the cheerleaders had fanned out as if they owned the place and refused to listen to reason. Or at most respect any adult figure that had tried to tell them to calm down.

So they got yelled at. And, it turns out, one of their own had an underlying heart condition that needed to be treated through surgery.

Only while the young girl was on the table, Alex decided to finally address Maggie’s current issue. Maggie had apparently been asked by DeLuca to go public with their relationship because her sister and her father both knew about them by then. Yet Maggie didn’t want to and had instead pretended as if sneaking around was fine with her. When it really wasn’t.

Alex, you see, had known what the real problem was and that’s why he chose to address it during surgery when he knew she couldn’t run away. Alex told Maggie that she was embarrassed to be seeing a resident because she was a rock star around the hospital while DeLuca was low on the totem pole. And that she still had her head stuck in high school for thinking so.

Although, if he overheard Stephanie and Penny talking, Alex would have realized that Maggie wasn’t the only one to still have high school mentality. The ladies had gone in together to watch Ben’s surgery but they soon began talking about how unfair it was that Ben got a surgery in the first place. What with cutting someone up without an attending’s approval.

So the ladies felt like Ben was being rewarded for what he did and that it wouldn’t have happened if he hadn’t been married to the Chief. However, Bailey had gone with the dream team so she had no idea about what her husband had done and was frankly too busy trying to get Callie to complete a surgery that she was no longer sure would work. Only it did.

The surgery itself had some setbacks and Callie was forced into changing a few things, but the patient made it through surgery. Which was the important thing. And when Bailey returned to her own hospital, she put things in perspective for Ben.

She put him on three-day suspension and then made him tell her how he cut someone open using only a clipboard and his hands.

But Maggie had finally come out in regards to her relationship with DeLuca because Alex had gotten to her. And by then, it was DeLuca that felt like maybe they should have kept their relationship quiet. He had overheard everything that Penny and Stephanie had said and he wondered if people would view him as they did Ben now that he’s seeing someone in authority.

And, you know what, Meredith later made a date with Major Thorpe.

While it had been Stephanie that had got the cheerleaders to finally fall in line in order to see their recovering friend.