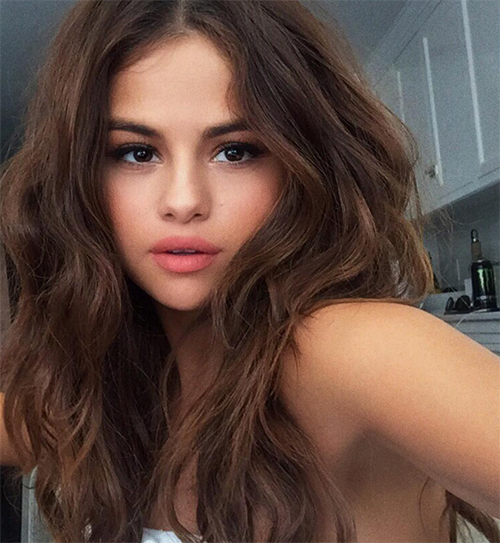 According to Hailey Baldwin, she is dating Justin Bieber. Does she not have Instagram? Earlier this month, reports of a Justin Bieber and Selena Gomez reunion hit the internet when Justin posted a throwback photo of him and Gomez – and made it very clear he wanted SelGo back. Selena encourages the media frenzy by commenting that the photo was “perfect” and then surprising Biebs at his concert. But, if you ask Hailey Baldwin, Justin is her boyfriend?!

Yeah, we are just as confused as you are right now. At this point, Selena Gomez and Hailey Baldwin are basically tinkering on the fine line between arch nemeses and sister wives. Hailey Baldwin covered the recent edition of Marie Claire Magazine, and in the exclusive interview Hailey dished on her relationship with Justin Bieber.

When asked about dating Justin Bieber, Hailey didn’t say, “Oh we aren’t together.” As a matter of fact, she didn’t say anything relatively close to that. Here’s what Hailey did have to say, “I don’t want attention out of dating somebody. Texts started coming through, crazy phone calls…it’s hard to date somebody in this industry. You have to have really thick skin and be very strong. You have to focus on the person and nothing else.”

What does that even mean? We’re not even reaching here – it definitely sounds like Hailey is referring to a current relationship with Justin Bieber. And, no girl in her right mind would be cool with her boyfriend posting videos of his ex-girlfriend on Instagram and reminiscing about the good times they shared.

You have to give Justin credit where credit is due. He’s a total player – and despite doing his dirt right out in the open and public eye, these girls continue to put up with him. What do you guys think about Hailey and Justin dating? Is she clueless, or just could care less about Selena Gomez’s relationship with Biebs? Let us know what you think in the comments below!