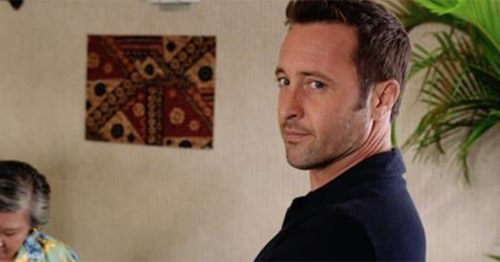 Tonight on CBS Hawaii Five-0 continues with an all new Friday April 8, season 6 episode 19 called, “Malama Ka Po’e.” and we have your weekly recap below. On tonight’s episode, a mob boss from a case Grover (Chosen Jacobs) worked 15 years ago seeks revenge and forces Grover to take his family on the run.

On the last episode, when a man was found left for dead drifting off the coast of Oahu, Five-0 uncovered a deadly slave trade operating aboard an illegal fishing vessel. Also, while Danny was out with his children, his car was stolen so he commandeers a bus to chase down the thieves. Did you watch the last episode? We did and recapped it right here for you.

On tonight’s episode as per the CBS synopsis, “a case from 15 years ago forces Grover to take his family on the run when a dangerous mob boss tracks him down to seek revenge.”

Danny Williams was away on tonight’s episode of “Hawaii 5-0”. Apparently he was chaperoning his daughter’s cheerleading competition in Las Vegas and so he hadn’t ended up missing breakfast with the boys that morning. And it turns out that one breakfast had a major impact on Lou Grover.

Lou and McGarrett had been enjoying themselves to a nice a hearty meal that Lou didn’t want his wife to know when McGarrett went to go pay the check and noticed that something was off with his friend. Lou it seems had gone a text that had made him agitated yet whatever the text said had also made go outside to speak with someone McGarrett hadn’t recognized. So McGarrett had rushed through paying the check in order to see what was going on outside and, by time he did, Lou had just disappeared.

So later McGarrett had his people track down Lou’s phone because Lou hadn’t answered any of his phone calls. Including the ones on the landline. Yet, Kono surprised both McGarrett and Chin (who was slowly becoming just as worried) when she told them that the phone was still pinging off at Lou’s house.

But that had proven to be a decoy. It seems that Lou and his family have gone underground. As in they had systematically destroyed any evidence that they had been there nor did they let on as where they were going next. So the family’s cell phones had been left behind and they had purposely been left to fry in the microwave. And there had been no sign of their getaway bags that no one at 5-0 had known were secrely under their beds.

Only there had been plenty that 5-0 had been in the dark about. They hadn’t known that Lou had taken part in an undercover op right out of the academy and that he had played part in dismantling a criminal organization back in Philly known as the Black Mafia. So the team didn’t even know if they could trust Lou’s life with Agent Zagar.

Agent Frank Zagar had been the stranger that Lou had been talking to and apparently the two have known each for years. Yet, 5-0 didn’t trust him until they had contacted the FBI itself and got a confirmation from them that Zagar was legit. So they were given proof that Lous and his family were actually safe in Zagar’s hands, but that didn’t mean the team hadn’t wanted to help.

They later decided to go around the FBI to find what Lou had gotten himself into and so they eventually learned that Lou had crossed paths with Aaron Barnes and his son junior. Now Aaron Barnes Sr. had died in prison however his son had recently been released. So the team looked into how he was able to find Lou and they realized that Junior had shared the same lawyer with Clay Maxwell.

Lou had arrested and had thereby sent Clay to prison. So he was probably the one that told Junior where Lou was, but Lou had a different theory. He and his family had gotten off a boat and were supposed to be met by more FBI agents from that were going to be straight out of the Honolulu. And yet Lou noticed that the additional agents didn’t have a single tan line between them so that’s when he knew that Zagar had betrayed him.

Zagar had wanted to take Lou and his family to Barnes. So Lou had used the car he was driving in to push them off the road. And when the family’s car couldn’t go any further, he and his family set out to escape on foot. Though they soon ran into the same problem.

They were a family of four running through the jungle and they had armed killers on their heels. So Lou decided to let his family run off in one direction while he tried to divert Zagar and his men. Yet, unbeknownst to Lou, help was on the way.

5-0 had still been pursing them and so they found out on their own that Zagar was dirty, but they helped ruin Zagar’s endgame. The team had found Junior by the private plane he had used to sneak into Hawaii. And they were able to take out all of Junior’s men as well fatally shooting Junior.

So Zagar and his men didn’t have backup. Which was something they had been counting on after Lou managed to take out two of Zagar’s guys and capture Zagar alive. However, neither Lou nor his family were forced to walk all the way home because his friends eventually found them leading Zagar in handcuffs.

And maybe, just maybe, it’s a good thing that 5-0 doesn’t like to listen to their superiors.