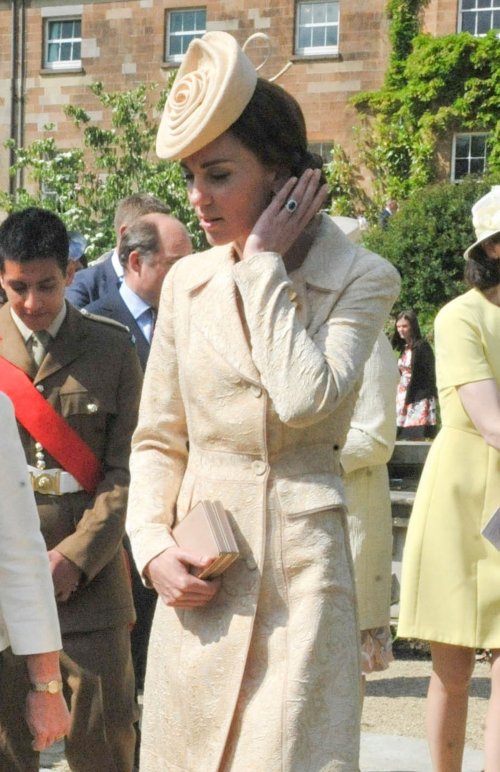 It wasn’t too long ago that Kate Middleton drew praise for frugal and stylish clothing choices but now it’s been revealed that Prince Charles is funding Kate’s increasingly extravagant wardrobe. Will the diva duchess bankrupt the crown prince with her spending?

Kate Middleton was once dubbed the “Queen of High Street” for wearing mass-market clothing from popular UK retailers like Topshop, ASOS, Whistles, and Zara. But now, Kate has grown increasingly addicted to costly couture and her father-in-law is paying the price, quite literally.

According to Prince Charles’ accounting records, Kate Middleton’s wardrobe was part of a whopping $4.5 million spent on clothing last year which is a nearly 10% increase in spending. It’s not just Kate’s clothing that Prince Charles foots the bill for – he also pays for Prince Harry and Prince William.

As Prince of Wales, Charles is responsible for covering expenditures associated with his children’s royal activities. But of those millions of dollars, it’s hard to imagine that too much of it goes to kitting out Prince Harry and Prince William who are in suits or military uniforms at most royal outings.

The Palace has reportedly refused to disclose how much of the $4.5 million went to clothe Kate Middleton, but it can’t be cheap for Prince Charles to keep her in designer duds. Where Kate has chosen stylish but less-costly outfits in the past, that has changed recently.

At the Queen’s 90th birthday celebrations, Kate Middleton was seen in one custom couture outfit after another including a nearly $10,000 pale blue Catherine Walker coat dress that she wore to the Thanksgiving event at St Paul’s Cathedral for Queen Elizabeth’s birthday week.

On Prince William and Kate’s Australian tour two years ago, Kate was snapped in a $45 dress. This year, in India, Kate Middleton was photographed in dresses that cost several thousand dollars. Kate has become a designer darling who’s frequently sporting Jimmy Choo shoes and other extravagances.

While it’s true that Princess Diana was known for her designer clothing, she was also known for her tireless fundraising for philanthropy, charitable works, and love of the common folk. Kate Middleton, thus far, is only known for the costly clothes.

What do you think Royal watchers? Is Kate’s spending out of control? Should Prince Charles have to foot more and more money to keep up with Kate Middleton’s diva demands for more designer duds?

Share your comments below and be sure to check back with CDL often for all the latest Royal news and gossip.