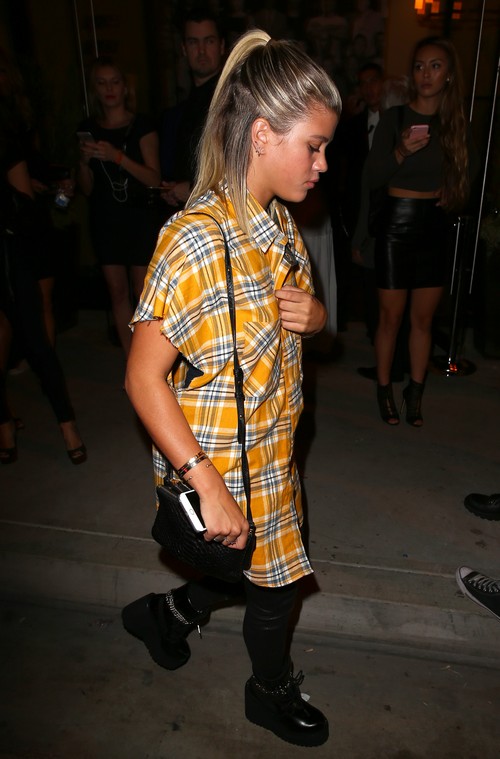 Surely, no father would want to see their daughter being treated the same way Justin has used Sofia over the summer. Even though Justin defended her against social media trolls and even deactivated his Instagram account for her, he’s also been caught dating several other women at the same time.

Even though Justin and Sofia have been spotted heating up the PDA from Japan to Los Angeles and even Mexico with their nearly-naked romps in front of the paparazzi cameras, the singer has been doing the same with other models, too. Justin nearly flashed the cameras with Instagram model Sahara Rey while in Hawaii in June and Bronte Blampied in London.

And of course, there’s also Selena Gomez, who reportedly quit her world tour because of her depression and anxiety attacks and the fact that she can’t get over Justin as well.

Apparently, Lionel Richie has put two and two together and is so furious over his daughter’s relationship with the chart topper, that Justin is now scared to even meet him.

One insider told OK! Magazine, “Lionel’s furious at how out of control Sofia’s gotten. Seeing her all over Justin was a nightmare. Biebs likes to act tough but he absolutely hates any kind of confrontation.”

Of course, it will only be a matter of time before Justin Bieber is forced to meet his girlfriend’s father face-to-face. Considering that Sofia is only 18-years-old, her famous father has every right to be concerned about her welfare, especially given Justin’s bad boy reputation.

Plus, being in the business for so long, Lionel knows how famous celebrities use and then dump their young conquests before moving on to the next. He’s been in the game for much longer than Justin and he doesn’t want to see his 18-year-old daughter being used by someone who is only treating her like another groupie of fan before moving on to the next.

Justin Bieber did it to model Hailey Baldwin when he dated her for several weeks last year, and surely he’ll do it again. What do you think, CDL readers? Do you think Lionel Richie will force Justin Bieber and Sofia Richie to break up? Drop us a line with your thoughts in our comments section.

Sofia Richie was spotted while out with a group of people in Los Angeles, California on September 17, 2016. FameFlynet