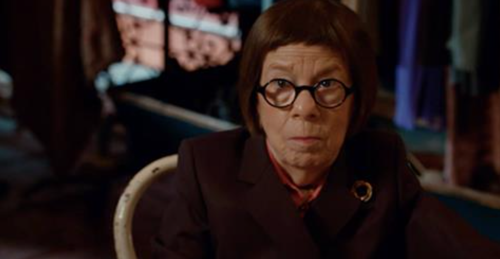 Tonight on CBS NCIS: Los Angeles returns with an all new Sunday, December 18, 2016, season 8 episode 11 called, “Tidings We Bring” and we have your weekly NCIS: Los Angeles recap below. On tonight’s NCIS Los Angeles episode, as per the CBS synopsis, “The team investigates the disappearance of a Navy lieutenant commander who was working with the NSA on foreign cyber threats. Later, the team celebrates the holidays together.”

Kensi was back on her feet. She didn’t needed assistance with getting around anymore and she was slowly getting her body back into shape however she didn’t want to take things slow. Kensi believed that she could overcome months in a coma in little to no time and so she training with Nell when none of the other guys around. But sometimes she went a too far with her expectations. Kensi it seems had wanted to believe that she could just will away all that she had lost in the coma as if nothing had happened and that wasn’t good for her seeing as she wasn’t facing the reality of her situation. So Nell had tried to help her friend adjust to starting off slower than she would have liked.

Nell had given Kensi one of her action figures she used to play with as a child and she told Kensi the story about how she got it. She got it from her brother who didn’t want to play with the only female soldier in GI Joe and he had given it to her. However, Nell had gotten offended that her brother had basically given her a cast-off. She said the action figure had been an inspiration because she had never given and had never surrender. So giving that “toy” to Kensi was her way of saying that Kensi’s didn’t have to worry if she wasn’t as steady or as fast as before. Nell believed that eventually Kensi was going to get there.

Though with Kensi still out of commission at the office, Anna had to once again fill in when Navy Cryptologist Jennifer Morgan had been reported missing. Jennifer had apparently come up with a cloud base threat detection and her prototype could be quite dangerous if it ever got into the wrong hands. So the guys had had to split up into teams to cover whatever ground they needed and for some reason Sam and Callen had both been apprehensive about partnering with Anna which was odd because they like Anna. She was part of the team and had saved their lives when they needed it more than once.

So their apprehension wasn’t really understandable and it in fact, became embarrassing. They had each tried to push her onto someone else and they fight over who got to partner with Deeks. But Anna in the end, decided that she was going with Callen and that automatically meant Deeks was going with Callen however, both of their teams came back to Gregory Jenkins. Gregory was Jennifer’s boyfriend and he hadn’t been seen or heard from in four days. So the guys had thought that he was either dead or in as much danger as Jennifer. And it turns out that that they had all been wrong about Gregory.

The guys had found out that Jennifer had last been seen walking off with her boyfriend and the truth was that the man that had said he was going to take Jennifer to the hospital not long after an accident had been Javier Nunez meanwhile the real boyfriend was on the bus and looked in perfect condition. Gregory had been found after he turned on his cell phone and it had been odd that he was still in the city and that he reported his own live-in girlfriend missing. So Deeks and Callen went to go talk to Gregory and they found their conversation with the other man to be quite enlightening.

Gregory had revealed that Jennifer had been taken because the kidnappers wanted something from him. He said that he was working on a drug related case down in South America when he came across something he shouldn’t have. Yet, they had ticked off the wrong person and that led to Jessica’s kidnapping because she was going to be used as leverage against Gregory if the story went out. So NCIS had wasted time by believing Jennifer’s job had let to her abduction. And no one had wanted to drop the ball on recovering her safe and sound though to do so they finally needed Gregory to give up his story.

Though story was something that could potentially bring them all down. Gregory had seemingly found out that rich and powerful were illegal hiding as well as funneling their money through an account in South America. So revealing what he found and what he able to do with NCIS’s help was something that even made Eric pause however Hetty hadn’t been scared. She knew that their people had the evidence to back everything up and it didn’t hurt that Anna and Sam had found two armed men waiting in Nunez apartment. And so she had everything they needed to protect themselves from backlash and all she really cared about was Jennifer.

Jennifer was the naval officer and so she was NCIS’s first priority. However, to figure out her location the team had had to do something unethical. They had to take their two prisoners out to an abandoned area and threaten to light them on fire if they didn’t reveal Jennifer’s location. So that little trip that no one was going to mention was what led to the guys finding Jennifer safe and sound. And reuniting her with Gregory, but that story was still given the go ahead so Gregory was able to take down the people that had tried to hurt his girlfriend.

But while the guys thought that was a good ending to the case, Kensi happened to be resentful of the fact Anna had more or less taken her spot.