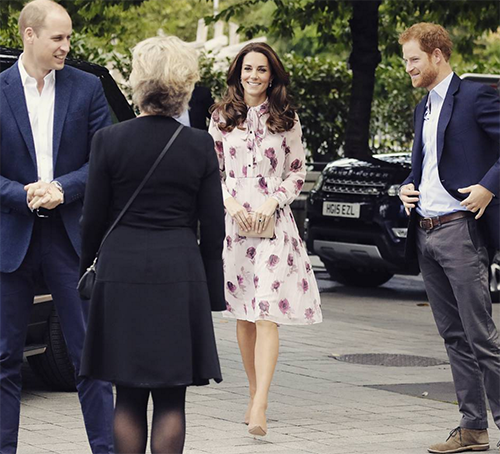 Is Kate Middleton embarrassed of Prince William’s baldness and aging looks? That might be the case as there’s a new report that says Prince William is seriously considering shaving his head as his wife Kate Middleton no longer sees him as the charming Prince she once fell in love with and eventually married.

Of course, Prince William’s baldness has always been an embarrassing problem with the young royal, who has battled with hair loss throughout his twenties. While he’s finally come to terms with the way he looks, there’s a strong possibility that Kate Middleton is urging him to get rid of his hair altogether, as the look has certainly not done him any favors.

According to Naughty Gossip, one source close to the British royal family said, “William decided to embrace his hair loss and go with a new tightly-cropped hairdo. Next he will shave his whole head. He is enjoying the little hair he has left but after a little encouragement from wife Kate, he agreed he was never going to be the comb-over King.”

If there’s one person who is absolutely obsessed with her family’s image, it’s most definitely Kate Middleton, who has made a name for herself for always looking picture perfect whenever she’s out and about during her royal engagements. How could she possibly stand beside her husband Prince William looking nothing less than immaculate while he has on the same coat, trousers, tattered loafers, and baldness without feeling completely embarrassed? That’s why she’s not only giving him a makeover but giving him a razor as well.

The Duchess’s locks are part of her signature look and if her husband can’t grow any hair the natural way, he might as well get rid of it altogether. As they both are in their mid-thirties now and are getting older, keeping up with their appearances is going to be more important than ever before.

Tell us CDL readers, do you think Prince William will end up looking better completely bald? Should the Duke of Cambridge shave his head? Is Kate Middleton pressuring him to fix his overall look? Let us know by leaving a comment below. Come back to CDL for all your royal news and updates!