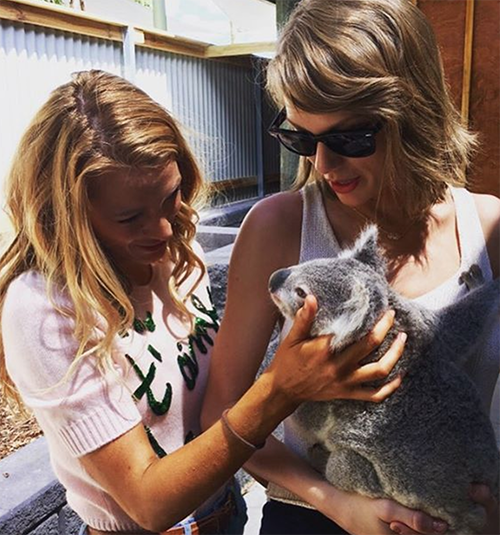 Ryan Reynolds doesn’t want his wife Blake Lively around Taylor Swift and her pre-selected squad of friends. In fact, there’s a new report swirling that the actor wants Blake to cut off ties with Taylor, as he thinks the singer and her friends are quite immature and childish with their petty and even sometimes toxic drama.

According to Naughty Gossip, Ryan has seen toxic Taylor Swift’s manipulative and petty ways in person. It’s without a doubt that he wouldn’t want Blake to mingle with Taylor and her friends, knowing that the couple are past the stage of silly girl drama that involves nothing more than break ups, make ups, and tabloid fodder. One source even dished, “The last thing he wants to do is kick it back with a bunch of boy crazy millennial.”

It’s not surprising that Ryan Reynolds doesn’t want his wife Blake Lively associating with a pop star who is so self-obsessed, calculating, and attention hungry like Taylor Swift. Taylor even used the couple as part of her photo op when she debuted her relationship with her now ex-boyfriend Tom Hiddleston in Rhode Island last summer.

Ryan was absolutely bored being surrounded by the squad and his facial expression showed it with each and every paparazzi photo that was taken that day. Taylor, knowing whatever she does will always make headlines, wants everyone to think that she has enough power and fame to call Hollywood stars like Ryan and Blake her best friends.

In reality, everyone has a hard time finding her likable, or even tolerating her controlling ways, including Ryan Reynolds. That’s why he’s having a hard time convincing Blake Lively that they have more in common with  other celebrity parents who would rather stay at home than be in the intrusive paparazzi spotlight.

But for Ryan, he’s done with the hard-partying lifestyle, as both he and Blake have settled into married life and parenthood, which of course someone like Taylor isn’t ready for just yet. Now that the couple have two small children together, Ryan would rather see Blake at home enjoying their family life as hands-on parents. 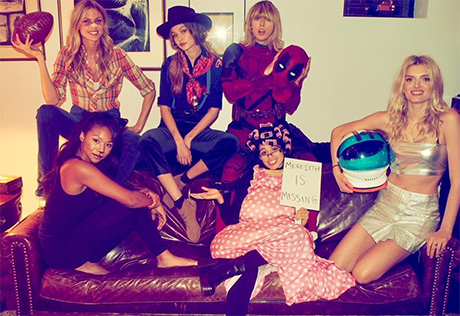 Ryan simply doesn’t have the energy or the patience to deal with Taylor and her immature and fame-seeking friends and thinks that Blake shouldn’t take any part in it as well. That’s why he’s doing whatever he can to make sure his wife’s friendship with Taylor fizzles out sooner rather than later. What do you think?

Come back to CDL for all the latest news on Taylor Swift.