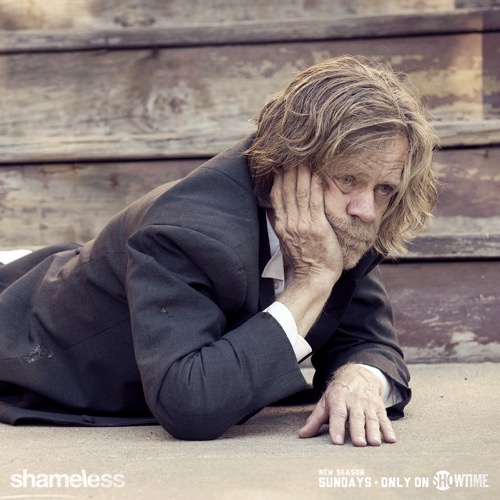 Tonight on Showtime the uniquely twisted and highly entertaining show Shameless returns with an all new Sunday, December 4, season 7 episode 11 called, “Happily Ever After” and we have your weekly Shameless recap below. On tonight’s Shameless episode, as per the Showtime synopsis, “Frank (William H. Macy) and Monica (Jane Annabelle Apsion) make an interesting proposal to the kids; Fiona (Emmy Rossum) sees a new business opportunity; Lip (Jeremy Allen White) tries to finally get his sobriety under control when he’s pressured by a suddenly grown-up Debbie; Ian and Mickey play Thelma and Louise; Kev (Steve Howey) and V try to start a new chapter after losing the bar to Svetlana.”

Tonight’s Shameless season 7 episode 11 is going to be great, and you won’t want to miss it. So be sure to bookmark this page and tune in for our coverage of Shameless tonight between 9 PM – 10 PM ET! While you wait for our recap, make sure to check out all our Shameless spoilers, recap, news & more, right here!

Tonight’s episode of Shameless kicks off with Ian and Mickey – Ian really ran off to Mexico with him and didn’t tell a soul he was going. They’re in Oklahoma, they haven’t made it to the border yet. And, it’s going to take forever if they keep pulling over to have sex.

Meanwhile, Frank and Monica wake up on the floor of a hotel room – there are about half a dozen people passed out naked in the room with them. Frank and Monica have no idea who the people are or how they go there. They take all of the strangers’ cash and jewelry before they leave.

Lip heads down to the kitchen and Fiona is sitting there and staring at her check from Margo. She brags to Lip that she sold the laundromat and made 75K on the deal. Lip can’t even pretend to be happy for her, he stomps back upstairs.

Kevin is getting ready to go to his first job interview, V scoffs that he misspelled “Resume” on his resume. Meanwhile, V is burning sage to get Svetlana’s bad JuJu out of the house.

Debbie goes to the Gallagher house and barges in on Lip while he is taking a shower. She screams at him that she knows that he has been drinking again, she heard that he was passed out drunk on the El Train. Lip reassures her that he has it under control and has started going to AA meetings.

Fiona stops by the laundromat, and Margo’s people are already tearing it apart and turning it in to a Jamba Juice. Etta is inside freaking out, Fiona tries to convince her to leave and come stay with her.

Ian and Mickey stop at a gas station, they still have Mickeys prison cell mate Damon with them. He heads in to the store and proceeds to pull out a gun and rob the cashier. Shots are fired and they make a hasty giveaway. A few towns later they have to ditch the car after the robbery and steal a new one, Mickey and Ian decide to ditch Damon too since he is clearly going to get them caught.

Lip heads to an AA meeting, but he slips out early. One of the guys smoking cigarettes outside tries to make friends with Lip, he wants to meet up later. Lip brushes him off.
Kevin heads to a factory to apply for a job. But, he learns that he isn’t even qualified to work in a factory because he knows nothing about computers.

Mickey and Ian stop at what looks like a birthday party for a kid, looking for a man named Jesus. Supposedly, Jesus is the one that is going to sneak them over the Mexican border.

Fiona arrives at the diner and Monica and Frank are harassing Lip in the kitchen. Frank announces that he and Monica are getting married again, Monica flashes a diamond ring that they stole from the hotel room earlier. Frank and Monica want all of their kids to come watch them renew their vows. Fiona and Lip don’t seem too interested in attending.

Lip finally caves and agrees to hang out with the holder guy from his AA meetings. They have pie at the diner after one of Lip’s shifts and they discuss their past and how they wound up becoming an alcoholic. Lip blames his parents, he explains that they have been encouraging him to drink when he was in 4th grade. It’s time for Frank and Monica to renew their wedding vows – in the Gallagher livingroom. Debbie and Liam are the only ones that show up. While they are reciting their vows, Frank and Monica begin rehashing their past, and their wedding turns in to a total smackdown. After Frank and Monica beat the crap out of each other, Frank surprises Monica by reciting the vows from their first wedding decades ago, she’s moved that he remembered them.

Kevin finally lands a new job – bartending at a gay bar. He spends night one of his new job stripping on the bar in gold spandex and pouring champagne on himself. He seems to be a huge hit with the guys.

Fiona meets a house flipper through Margo’s office, she winds up going back to his house and hooking up with him. Afterward, he offers to sell her the building that they are in. She would need to use all the money that she made off the laundromat, plus get another loan from the bank, and she is seriously considering it.

Lip arrives at home, Frank and Monica are in the livingroom celebrating their wedding and Etta is watching the festivities and eating a can of cat food. Lip sits down with Fiona to make amends with her. He apologizes and admits that he was wrong, he should have believed in her.

Lip and Fiona are starting to feel sick – they realizes that their parents spiked everyone’s drinks with Molly. It turns in to a good old fashioned Gallagher party, with everyone dancing and drinking in the livingroom.

Mickey and Ian are strapped for cash, and Jesus isn’t going to help them for free. Ian heads to the bank and cleans out his savings account. They spend the night camped out together by the river, they are going to try and cross the Mexico border after they get a good nights’ sleep.

After a wild night of partying, Fiona gets a phone call bright and early from the senior citizen home, they have a room ready for Etta. She finds Etta in the kitchen teaching Lip how to knit and tells her that it is time for her to go.

At the border, Mickey is wearing a dress and earrings. Ian is having second thoughts. He wants Mickey to take the money and go to Mexico himself. Mickey cries, he doesn’t want Ian’s money, he wants him to come with him and start a life together. Ian refuses to go though, this isn’t him anymore, they share an emotional goodbye and Mickey speeds off across the border.

Frank wakes up on the livingroom floor with Monica, but he can’t wake her up. Frank shakes her and realizes that she isn’t breathing. Frank begs her to wake up.

Tonight’s episode of Shameless ends with Mickey making it across the border – and Ian watching as he drives away.

Meanwhile, Debbie, Liam, and Lip watch in horror as Frank tries to save Monica.