Simone Biles Reveals Her Dancing With the Stars Decision 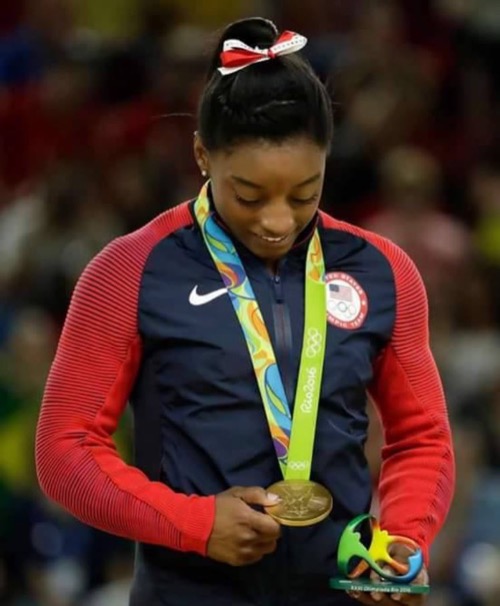 Simone Biles, the 19-year-old, American gymnast hero is setting the record straight after ABC’s Dancing With the Stars’ producers have been very vocal about their interest in having her as one of the contestants participating in its Season 23.

The multiple gold and bronze medal winner says her busy schedule could prevent her from joining the ABC reality dance competition. “I would love to do Dancing with the Stars, but so far we have a three-month tour after the Olympics. I am not sure if I’ll have the time.” Simone revealed to E! News’ Zuri Hall.

After making those comments, Simone implies that doesn’t mean she will never join the dance competition. She definitely would like to compete and says that she is open to joining the Season 24’s cast, adding that she would “really love to do it in the Spring if that is possible.”

A TV source confirmed to E! News that Dancing With the Stars’ producers had been looking to add Simone Biles to the new season, and in fact, she was their top choice of all the Olympians. Producers have been watching the Rio de Janeiro 2016 Olympics closely, to see which athletes had the biggest fan base, and who would really be able to do the show. Many calls have been made, but of course, the athletes are currently too busy to respond, so it’s all a waiting game right now.

When Simone has an opening in her schedule and is able to join the DWTS, she will be joining a long list of Olympians that have already competed. Her gold medalist teammate Aly Raisman competed in Season 16. Shawn Johnson won Season 8 and came in 2nd in the All-Stars Season. Nastia Liukin participated in Season 20, and who could forget when Olympic speed Skater, Apolo Ohno and his dance partner Julianne Hough won the Mirrorball trophy in Season 4?

Do not forget that ABC will be announcing the official cast for Season 23 on Good Morning America on Tuesday, August 30th and Dancing with the Stars’ 23rd season premiere begins on Monday, September 12th at 8 p.m. ET. Remember to check Celeb Dirty Laundry often for updates, news and spoilers!