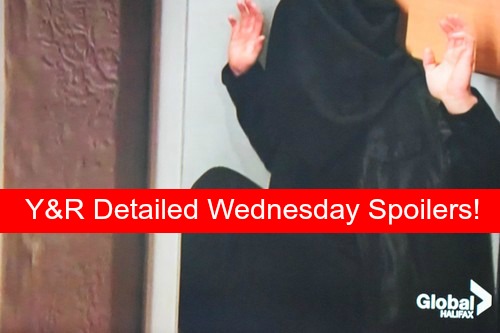 “The Young and the Restless” spoilers for Wednesday, January 13, tease that Jill (Jess Walton) will state that she’s not going to let Jack (Peter Bergman) kill her son. Phyllis (Gina Tognoni) will insist that Jack is just carrying out Billy’s (Jason Thompson) wishes.

Victoria (Amelia Heinle) will lead Jill out of the room and they’ll talk things over. Jill will eventually understand that Jack is doing what Billy wanted.

At the athletic club, Neil (Kristoff St. John) will have some concerns about keeping the phony affair going. Nikki (Melody Thomas Scott) will insist that it might be the only way she can get through to Victor (Eric Braeden). Meanwhile, Adam (Justin Hartley) will try to make Noah (Robert Adamson) forget what’s bothering him and resume his focus. They have to bring the Santoris down.

Noah will ask Adam about how he coped after he found out he hit Delia (Sophie Pollono). Adam’s answer will be cut off when Luca comes in. After Noah leaves, Luca will receive a phone call about Marco (Peter Bergman). It seems Marco was killed a few nights ago.

However wise fans will not believe this for one second – expect Marco to be a key figure in the Adam kidnapping. Adam won’t be sure that’s true and he’ll point out that Victor wouldn’t have ordered Marco’s murder.

At Top of the Tower, Kevin (Greg Rikaart) will inform Mariah (Camryn Grimes) that he turned down both offers. Mariah will suggest that Kevin should reconsider making a deal with Jack. Kevin will indicate that he’s got a lot on his mind at the moment.

Elsewhere, Abby (Melissa Ordway) and Chelsea (Melissa Claire Egan) will hear the news that Billy is being taken off life support. Chelsea will tell Noah and Adam before dashing off to get Victoria’s kids for her. Noah will be visibly upset. Marisa (Sofia Pernas) will join Noah as they pass along the info to Kevin and Mariah. 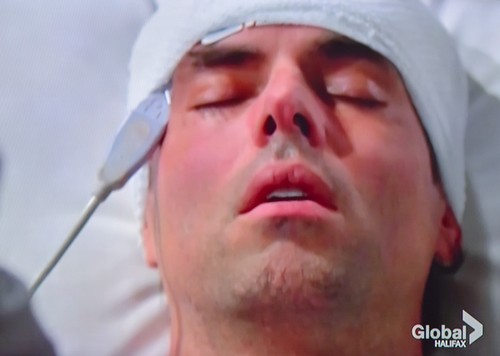 Noah will order tequila and tell the bartender to “keep ‘em coming.” Later, Mariah will pump Noah for details on what’s wrong. Noah will declare that everything has changed. Nearby, Luca will speak with Marisa privately about Marco. Luca will be unhappy about Marco’s death since he was the key to implicating his father. Marisa will remind Luca that he shouldn’t speak a word about Noah’s secret.

At the hospital, everyone will gather around Billy’s bedside to say goodbye. Victoria will bring her children over to tell their daddy to have sweet dreams. Once all Billy’s friends and family members have said a final farewell, Jack will allow the nurse to disconnect Billy’s life support. Jack will tell Billy to be at peace.

Other “Young and the Restless” spoilers reveal that Victor will find Adam to give him updates on their plan. He’ll want Adam to go to Spain tonight. Victor will send Adam to see the contact who will provide dirt on the Santori family. After Victor arrives back at Newman Enterprises, Kevin will let him know they have a deal. They’ll shake hands in agreement.

When Adam tells Chelsea that he’s going out of town, she’ll be worried. Chelsea will have a bad feeling about this trip. Adam will insist that everything will be fine and he’ll head on his way. As Adam approaches the elevator, someone dressed in black will appear.

Chelsea will hear a noise and she’ll open the door to check. The mysterious figure will hide while Chelsea looks in the hallway. In the elevator, a black hood will cover Adam’s face as he sits on the floor. Y&R viewers will be anxious to see how Adam gets out of this jam. Stick with the CBS soap to find out what’s next for Adam.