The Young and the Restless (Y&R) Spoilers: Billy Caught With His Pants Down, Victoria Suspects Phyllis Hookup 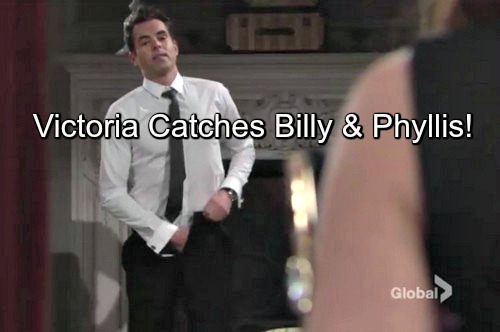 “The Young and the Restless” spoilers  (Y&R) for next week’s Monday, March 21 episode tease that Genoa City will celebrate the launch of Neil (Kristoff St. John) and Jack’s (Peter Bergman) new charity. A gala will soon get underway in honor of the AbbottWinters Foundation.

On Monday’s episode next week Young and Restless spoilers show that Lily (Christel Khalil) says the Winters clan is gathering and asks Jack if the Abbotts are coming as well.

This party should have a pretty big turnout. Based on the preview clip, it appears Summer (Hunter King) will attend. Unfortunately, Summer’s plus one could cause a bit of an uproar. “The Young and the Restless” spoilers reveal that Marisa (Sofia Pernas) will get upset when she sees Luca (Miles Gaston Villanueva) at the bash.

She’ll wonder how Luca got an invitation. Summer will reply that Luca is her guest.

It’s clear that Summer intends on doing whatever she wants in spite of Marisa’s warnings. Summer sees another side to Luca – of course Summer has a history of totally misjudging people and situations so watch out.

She doesn’t think he’s as ruthless and manipulative as his reputation suggests. Summer may see Luca’s true colors down the road, but she’ll remain in his corner for now and cause everyone more pain. 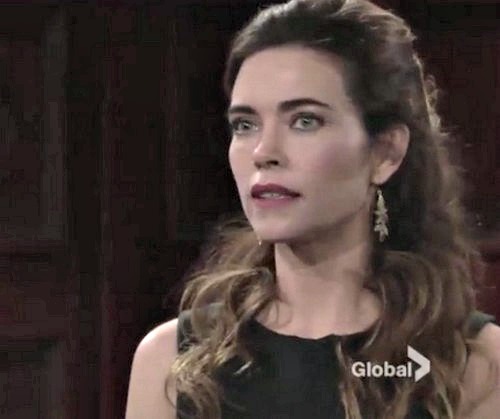 Meanwhile, Billy (Jason Thompson) will get caught in a tight spot. “Y&R” spoilers say Victoria (Amelia Heinle) will catch Billy meeting with Phyllis (Gina Tognoni) in a suite. That may not sound too bad, but it’s the details that make this situation sticky.

When Victoria walks in, Billy will get dressed in a hurry. He’ll rush to pull up his pants and tuck in his shirt. It will look like Billy and Phyllis have been getting busy in the bedroom. However, this is probably just a misunderstanding.

Y&R spoilers preview videos can sometimes be misleading and this is likely one of those times. It could be as simple as Billy spilled something on his trousers and had to dry them off or change into a different pair.

There’s a good chance Phyllis and Billy will end up getting together eventually, in fact Gina practically said so in an interview with Michael Fairman, but it’s a little early for a hookup. Billy and Phyllis have grown closer through their scheme, but they still seem to be in the friend zone.

Besides, Phyllis just smoothed things over with Jack. It’s doubtful that she’d hop into Billy’s bed when she just got out of bed with her husband.

Nevertheless, this potential fake-out could become the real deal later on. Nobody would be surprised if Phyllis and Billy became an item at some point. Stick with the CBS soap for updates on this possible pairing.

So Y&R fans, what do you think about the news that we’ll see a swanky gala in GC? Will Marisa have a meltdown over Summer and Luca’s bond? Will Victoria get the wrong idea about Billy and Phyllis?