BY Heather Hughes on May 11, 2016 | Comments: 4 comments
Related : Soap Opera, Spoiler, Television, The Young and the Restless 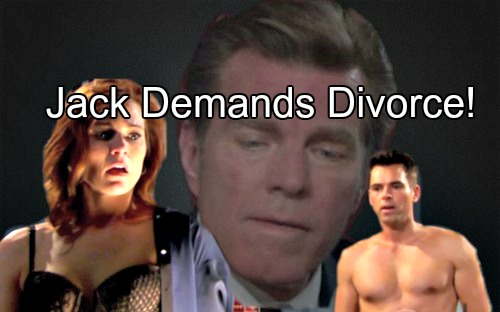 “The Young and the Restless” (Y&R) spoilers tease that on this week’s episodes Phyllis (Gina Tognoni) will realize she needs to put a stop to her budding relationship with Billy (Jason Thompson). Unfortunately, that plan just isn’t going to pan out.

Billy and Phyllis are kindred spirits when it comes to scheming. They don’t mind a little excitement in their lives and it looks like more is on the way.

Y&R spoilers say Phyllis will arrive at Billy’s place to announce that they need to steer clear of each other. Instead, they’ll end up making love. Phyllis just won’t be able to resist temptation and she’ll undoubtedly enjoy every minute of her romp in the sack.

After the sex session wraps up, that’s when the guilt should hit. Phyllis is a married woman and she truly cares about her husband. Nevertheless, the passion Jack (Peter Bergman) and Phyllis once shared seems to be gone.

The Young and the Restless spoilers say Phyllis’ heart lies with Billy at the moment and she may not be capable of giving it back to Jack.

In a perfect world, marriage vows would really mean something. Of course, they mean next to nothing on “The Young and the Restless.” For many “Philly” fans, that’s just fine. Bring on the love in the afternoon. When this hot hookup is over, Billy and Phyllis will have to decide if this is a fling or something more. 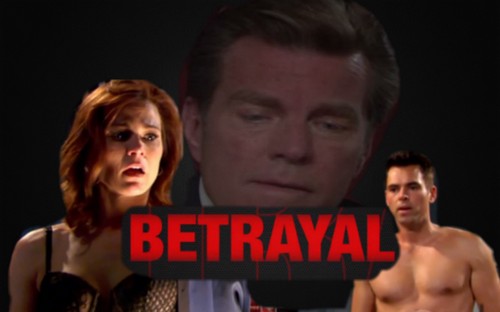 Jack is already on high alert and he’ll be crushed when he finds out they actually slept together. Will Jack insist on getting a divorce when he inevitably learns the truth? Phyllis might regret hurting Jack, but ending this marriage might be what she wants deep down.

As for Billy, he’s a tad fickle. Billy may want Phyllis right now, but what happens if he starts yearning for Victoria (Amelia Heinle) again. Will Phyllis wind up heartbroken and alone? “The Young and the Restless” tends to portray women as miserable, crazy or both. Phyllis might as well join (or stay in) the club.

Whatever the case, it should be interesting to see where all of this leads. It’s time to shake things up and an affair is always a good way to make that happen. Stick with the CBS soap for updates on what’s next for Phyllis, Billy and Jack.

So Y&R fans, what do you think about the news that Phyllis and Billy will make love? Is this a big mistake or are you on board with this move? Could Billy and Phyllis be a viable long-term pairing or is this just a passing fling?