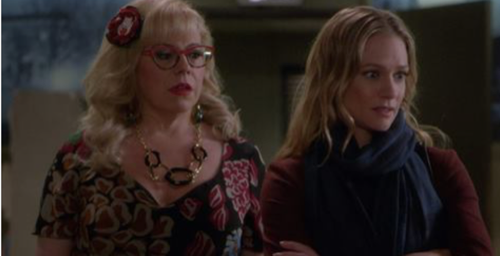 Tonight on CBS their hit drama Criminal Minds returns with an all-new Wednesday, February 22, 2017, episode called “Collision Course,” and we have your weekly Criminal Minds recap below. On tonight’s Criminal Minds episode season 12 episode 14 as per the CBS synopsis, “The BAU investigates the cause of several fatal car crashes involving drivers and pedestrians. Meanwhile, Reid (Matthew Gray Gubler ) receives some bad news.”

The BAU knew that Reid was innocent however their hands were tied until the judge posted bail. But the fact of matter was that crime never sleeps. So the team had gone back to work and they realized that they might have stumbled across a new frontier for serial killers with their latest case. The case involved two drivers that claimed to have lost control over their car and that the car had purposely hit its victims seemingly on its own accord. And so right away, everyone was thinking the cars might have been hacked.

The cars had been of the same make and model and so there was no reason to doubt that if the Unsub hacked one car that he would have problem with a second. However, the case was so nuisances that Garcia was asked to come along. Garcia knew her tech and she could have a better understanding of what and possible who could have hacked the cars if she had accessed to them yet, while Garcia was traveling, Prentiss had elected to stay behind. Prentiss had known that Reid was in such a bad situation that she had to get him additional help which she didn’t believe she could do from afar.

Reid was being denied legal aid from the bureau and he didn’t have much to pay for his own legal services. So Prentiss had talked him into accepting her help and part of that help was finding someone to take on his case. Yet, thankfully, Prentiss had a friend from when she was younger. Prentiss and Fiona Duncan had both had parents with the Foreign Corps and so she had used that association to get Fiona to agree to meet Reid in person though Fiona had admitted beforehand that she had some doubts. She had said that the case looked bad and she hadn’t been sure that Reid was innocent from what she had seen in the files.

Though the files painted a bleaker picture. It said that Reid was a federal agent that was purposely hiding his frequent trips to Mexico and that he admitted to buying drugs for his mother. So Fiona did meet Reid, she had thought that he would find out if he was lying about innocent and in fact the opposite happened. She had listened to him and he had convinced her, but getting a lawyer was the easy part and Fiona had been discussing strategy with Reid and Prentiss while the others were figuring out how the Unsub was getting off on his kills.

Initially, the team had a hard time believing the Unsub would stick around in so open of a place like the boardwalk to watch what he did. But Garcia had come through from them because she was the only one that noticed the traffic cameras. There were traffic cameras everywhere and they recorded real time. So the Unsub had hacked the traffic cameras as well because that way it would be like he was right there even as several miles away however the team had also noticed that the Unsub was choosing his victims closely based on a type. The car and driver hadn’t really mattered – it was the victims that were all young and pretty brunettes.

The brunettes of course were the Unsub’s surrogates. He was using the vehicles to kill the women because they had reminded him of someone he personally wanted dead and so the team knew that the Unsub was working up to his intended victim. The woman that had hurt or rejected him was his end goal. However, the Unsub was mostly a faceless man until he went after her and he had still been “practicing” in the meantime. So there had been others victims and each death had revealed something about the Unsub’s character yet the Unsub had eventually gotten tired of surrogates and he had go on to kill Veronica.

Veronica hadn’t had anyone in her life thought she had been on one of those dating sites and she had repeatedly turned down the same man that kept pinging her. She had apparently turned down Jonathan Rhodes. Rhodes had a profile page that states he liked video games where he’s the first-person shooter and that he also liked driving games. Yet, Rhodes had stated that he was a sound technician on WUV and that was the same station that the hacker programed on all of the cars. So Rhodes was their guy and it just unfortunate that he had been cyber-stalking more than one person.

Rhodes had also repeatedly pinged Alyssa Miles and she too had ignored him believing he would simply go away. Though Rhodes snapped instead and he had wanted to hurt the two women that had turned him down because he normally didn’t leave himself so vulnerable to ask any woman out. So Rhodes had gradually worked his way up to killing Veronica and he had chosen to be a little more personal with Alyssa by kidnapping her. He had kidnapped her and was forcing her to remain behind the wheel while he hacked it because he envisioned them both crashing to their deaths together.

But the team and Garcia had stopped Rhodes from carrying out with his plans. Garcia had disrupted the hack and she had stopped the car from crashing like Rhodes wanted. So they were able to arrest Rhodes and free Alyssa however all the good they had done hadn’t mattered when they thought about Reid and what he was going through. Reid’s blood and prints had been found on the murder weapon and so his lawyer had wanted him to take a plea. She said that he could plead guilty and serve two to five years if he took the deal only Reid didn’t want to take it. Reid had wanted to prove that he was innocent and so he had found out firsthand with the judge on his case.

The judge had said that Reid’s actions spoke louder than words and she denied him bail because the state didn’t trust him not to flee.