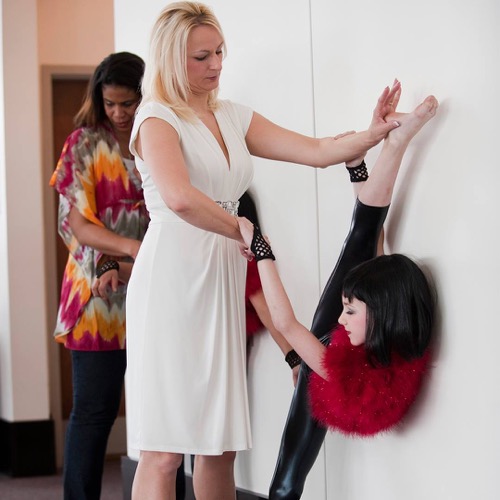 Tonight on Lifetime Dance Mom returns with an all-new Tuesday, February 21, 2017, season 7 episode 13 and we have your Dance Moms recap below. On tonight’s Dance Moms Season 7 Episode 13 “Part 1 of 2. Abby hits a creative roadblock with the group routine for Nationals. Later, four girls are assigned solos, but two moms aren’t happy that none of them are original members; Kendall premieres her music video; and a former ALDC dancer considers visiting her old teammates.”

The Nationals was it for Abby and ALDC! Abby knew that if her girls didn’t bring it that not only the reputation of her dance company would be on the line, but possibly its future. So she wanted to push her girls outside of their comfort zone and have them make an impression that no one would ever forget. But the routines she ultimately chose to go with were controversial. Abby had decided that the group routine would be about drug addiction. She had said that it was a real problem occurring across the states and that it would grab the judges’ attention at Nationals.

However, Abby had also assigned solos to Brynn, Kalani, Lilliana, and also Elliana so that had upset a few of the women sitting on the side and their concerns were warranted. The mothers of the older girls had known that the finals would be bigger and tougher than what the girls have had to face all season and so they wanted just their best yet the younger girls weren’t performing at the same level as the older girls. The minis needed more time to practice than everyone else and their dances have rarely been flawless thus far.

So there was a concern that the minis weren’t quite ready for something like the Nationals and so there was a conversation behind the scenes between the moms. The mothers of the older girls had thought the minis’ solos could have gone to someone else while the mothers of the minis hated the presumption that their daughters wouldn’t perform well. Yet, Abby was the one that chose who danced and she refused to back down once she’s gotten something between her teeth therefore the solos stayed the same and Abby was allowed to go back to focusing on the group routine.

Abby had felt that the group routine would be their strongest dance in their competition and so she relentlessly honed in on it as if nothing else mattered. Though in a way, nothing else did matter for Abby. Abby had given Elliana a solo and then she hadn’t bothered to give the little girl a story. So Elliana didn’t know what she was meant to portray at Nationals and she more or less had to wing it, but in a fashion she knew that the judges would like. And, well, that hadn’t been fair to her and Yolanda should have mentioned that.

Yolanda has gotten a bad rap from not defending her daughter and so she should at least have demanded that her daughter get a story at least. But Elliana and Lilliana had been given time to practice and they were actually still practicing on the day of the competition. Abby had unfortunately been taking some of her stuff out on the girls and she had them practicing until they couldn’t anymore. And so the mothers blamed Cathy because they knew that Cathy was the one that made everything worse.

Cathy had of course picked the worst moment to antagonize Abby. She had chosen the moment when Abby was already emotional from finding an old ALDC team jacket at her Pittsburg studio to degrade the entire ALDC team. Cathy had said that Kalani made the team and that everyone else was merely dressing yet that was insulting to the others dancers and they were still kids. So the mothers did snap back and Abby eventually joined in. Abby had told Cathy to go because no one wants her around and that she should go home to feed her kid.

Cathy on the other hand repeatedly threw the fact that Abby might go to jail in Abby’s face. So they both pushed buttons that riled each other up and the “jail” card truly messed with Abby’s head. Abby knows that she could go to jail and that it would be the end of her studio though she didn’t like thinking about it and wanted to make sure that her girls beat Cathy’s team. Yet, while the solos had all been beautiful and Abby’s only concern had been Elliana, the group routine was the one that resonated with the judges.

Cathy had also decided to do something controversial and so her girls performed a dance based on Human Trafficking. Human Trafficking was something that hit close to home for one of the girls on her team and it was a chief concern for mothers everywhere because they wanted to make sure that their children were safe. Though Candy Apples’s routine had been so beautiful that even the mothers on the ALDC team had had tears in their eyes. So the team had wondered about their legacy for a moment.

They had thought wondered what would happen if Abby went to jail after their team lost at Nationals. Jill had thought that would mean everything they had worked for would be a waste and so she had hoped that her team would pull a win. But everyone had been scared when the judges made their decisions. They knew that they did their best and so they had waited through announcements as if they were sitting on nails however they had nothing to worry about. The minis took second and first place in their division with Lilliana beating out Elliana.

However, the results for the senior solos and group routine had surprised everyone. Brynn had unfortunately taken third place with her solo while Kalani took first. So having someone placing third had stung a little yet the results of the group routine had put a smile on Abby’s face. Abby’s girls took place for their group number about not losing hope and they got to rub their win in Cathy’s face because the Candy Apples had placed fourth for their group number. And so Cathy had been riled by that.

Only she went too far by getting into Abby’s face afterward. Cathy had apparently wanted to make fun of Abby and degrade ALDC though no one was having it and that included a Candy Apple mother. The Candy Apple mother had felt that Cathy had crossed a line by bringing the kids into the feud and so she had told Cathy that she couldn’t put up with that type of behavior. So Cathy had told her good because she wasn’t wanted around anyways and that had simply been spiteful on Cathy’s part.

Cathy rarely takes the high road, but she couldn’t dampen Abby’s joy at ending the dancing season on a high. So Abby had kissed and hugged her team and then she went home knowing that she was a champion. Though she ended up missing Chloe and Christi when they stopped by and mentioned that Chloe might want to dance again with her friends.

So who knows what the future holds!