Days of Our Lives Spoilers: Deimos and Xander’s Shocking Connection – Revealed to Be Father and Son? 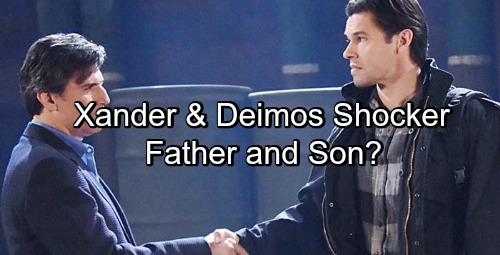 Days of Our Lives (DOOL) spoilers tease that Xander (Paul Telfer) is headed back to the NBC soap. It seems likely that Xander will be tied to one of Deimos’ dangerous plots. DOOL fans will recall that Deimos helped Xander fake his death and get out of the country. He felt like Xander could be useful and deserved a chance to make something of himself.

Xander owes Deimos, so maybe he’ll come back to help out. It’s also possible that Xander will go up against Deimos. Both of them are equally ruthless. In fact, Deimos and Xander might be a little too much alike. It’s making some Days viewers wonder if Deimos could actually be Xander’s father! 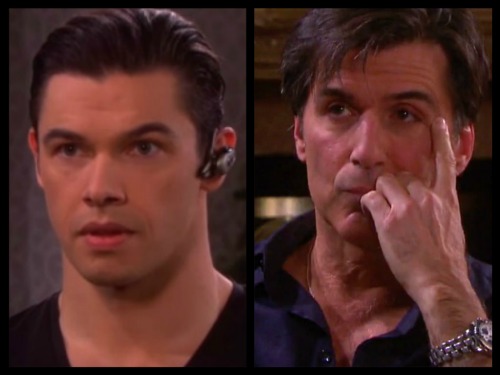 When Xander came to Salem, Days of Our Lives offered an explanation for this newly invented character. Victor (John Aniston) noted that Xander belonged to his brother, Titus. However, Xander and Victor might be in the dark about a buried family secret. If Xander belongs to Deimos, it would give Days watchers a shocking twist. Deimos may have hooked up with Xander’s mother before his lengthy stint in prison. They might’ve agreed to keep the truth quiet.

That would explain why Deimos gave a free pass to a relative he barely knows. It feels like there’s a real connection between them. Of course, that could just be because they both have no morals. Deimos recognizes that Xander will do whatever it takes to get what he wants. He may admire and relate to that. 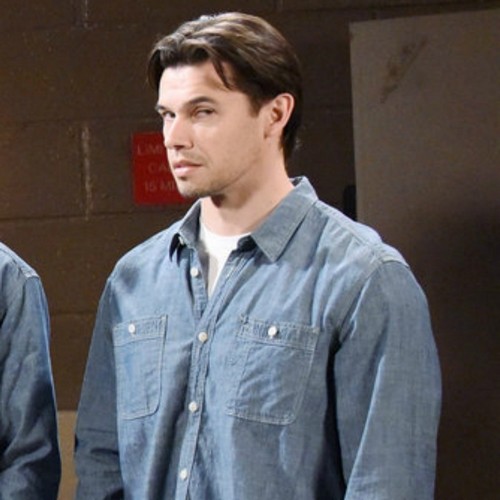 Still, we can’t ignore the possibility that there’s more to the story. Deimos opened up to Nicole about how much he wanted kids. Perhaps he’s been battling some regrets. Deimos may hate the fact that he hasn’t been there for his boy. Days of Our Lives spoilers hint that Xander will create some major drama during his next stint. What if he learns Deimos is his father? Xander might feel like his dad abandoned him. He could seek deadly revenge.

Then again, Deimos could be the one to turn on his son. If Xander doesn’t stay in line, Deimos will certainly try to get rid of him. An epic Kiriakis battle could be brewing. Would you like this soapy father-son rewrite? We’ll give you updates as other news comes in. Stick with DOOL and don’t forget to check CDL often for the latest Days of Our Lives spoilers, updates and news.