General Hospital spoilers look at Dr. Griffin Munro’s parents and explore the possibility that all may not be as it seems. We know that Olivia Jerome [Tonja Walker] is crazy – not just crazy mentally, but at one time, crazy for Duke Lavery [Ian Buchanan]. As a result, she hated Anna Devane [Finola Hughes]. And she continues to hate her. But did Olivia have a tryst with Duke that resulted in Griffin Munro [Matt Cohen]? Anything is possible. Griffin’s mother could be Olivia, or it could be Anna Devane.

Yes, Anna could be Griffin’s mother and unaware of it. In 1988, she and Duke were back together, and she learned that she was pregnant. Olivia, however, wanted Duke for her very own. As is usual with someone like Olivia, when she realized Duke wanted nothing to do with her, she decided to kill him. For this purpose, an elevator was damaged so that, when Duke stepped into it, it would crash and kill him. 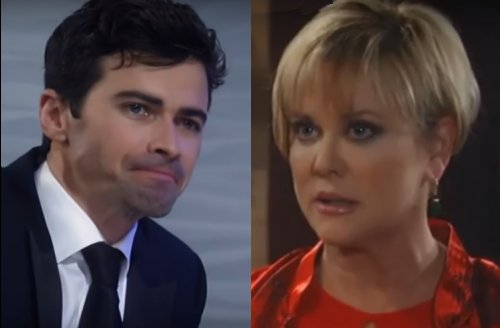 At best this was an iffy plan, and it failed. Anna was the one caught in the elevator. She was injured, but worse, she lost hers and Duke’s baby. It is possible that the child was actually alive and removed from the scene, and Anna was told she miscarried.

Consider this. Later on, Anna was accused of Olivia’s attempted murder. The person who had really shot Olivia was her own associate and half-brother, Dino [Chris DeRose]. It would have been an easy matter for Dino to have removed the baby after the elevator crash. Dino had no use for Olivia, so he didn’t tell her, allowing her to be accused of the murder of the child. He perhaps left the baby at a hospital.

That is one scenario, but there is another possibility. Griffin’s mother could be Olivia Jerome! Olivia, with her long blond hair and pretty face, did not look much like a mob princess when she first encountered Duke. Like most manipulative people, she was no doubt able to put on an act and pretend she was a sweet person.

At that time, Duke and Anna had not yet reconciled. It is possible that, before learning how treacherous she was, Duke slept with her, and she became pregnant. Olivia was sent to a mental institution after being convicted of killing Anna’s unborn child. What if she gave birth there? Considered mentally unfit, that child could have been put up for adoption. 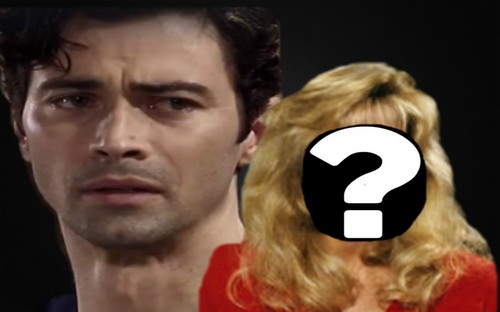 Has Olivia searched for her child? Does she know it’s Griffin? If so, how will she use the information?
What do you think? Is Griffin’s mother one of these women, and if so, which one? Come back to CDL for all your General Hospital spoilers, news and updates!