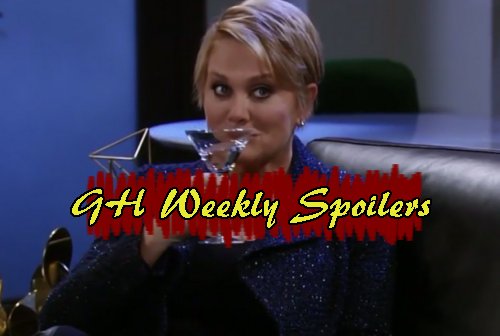 Alexis fears the worst about Julian’s fate and then decides she’s ready to learn the truth. Will she use the key to the safety deposit box to read Julian’s letter? Alexis reconsiders her feelings about Julian. Kiki Jerome (Hayley Erin) takes comfort from Dillon Quartermaine (Robert Watkins) after family drama.

Sonny Corinthos (Maurice Benard) visits the grave of Morgan Corinthos (Bryan Craig) and Carly Corinthos (Laura Wright) runs into him there. Ava also has a run-in with Carly that gets Carly into revenge mode. As they talk, Ava shares a photo with Carly of her sister Liv. That’s important because Carly sees Liv later. 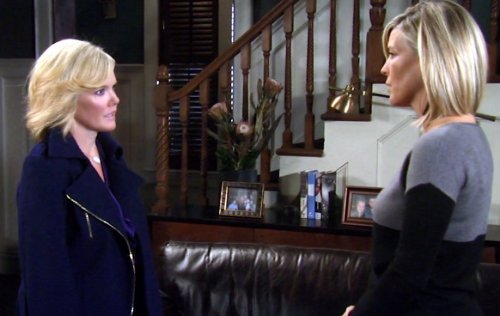 Liv is at Morgan’s grave and Carly is furious and ready for revenge. Carly is ready to take down the woman that killed her son but Jason Morgan (Billy Miller) works on Carly to take a better route. Sonny won’t be so calm. He goes after Winston Rudge (David Lee) and wants vengeance for Morgan despite the cost.

Dante Falconeri (Dominic Zamprogna) wants his father to change his way but can Sonny see reason? Dante has to be a peacemaker this week and also has legal issues to contend with. Lulu Spencer (Emme Rylan) and Dante hit a rough patch in the custody battle. Lulu turns to Kevin Collins (Jon Lindstrom) for help. 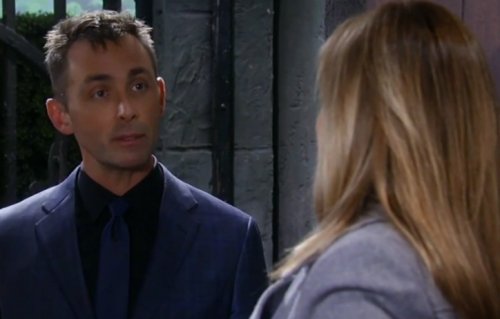 Curtis Ashford (Donnell Turner) wonders if Andre has a secret motive in another matter. Jordan Ashford (Vinessa Antoine) recovers from her attack by Rudge and brings Ava back to the PCPD for another chat about her awful sister Liv. Ava struggles with guilt and may confess to messing with Morgan’s meds.

Liz Webber (Rebecca Herbst) has a lovely baby gift for Sam Morgan (Kelly Monaco) that she appreciates. It’s a nice moment. Liz soon has serious concerns when Jake Webber (Hudson West) says some creepy things that remind her of the book Helena Cassadine (Constance Towers) willed to her.

Liz talks to Franco (Roger Howarth) who decides to try some at-home art therapy with Jake to see what’s on the kid’s mind. Jake does some coloring for Franco and the results concern Franco even more. He wants to loop Jason in on the issues so Jason doesn’t feel like they’re acting without his consent. 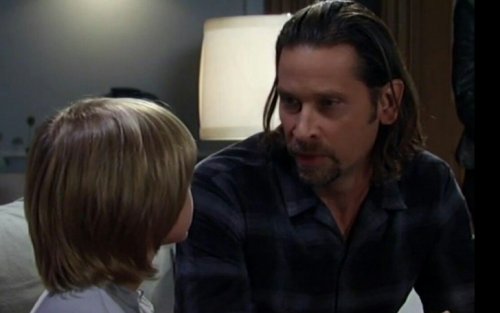 Over at GH, Hamilton Finn (Michael Easton) is in trouble for his addiction. Brad Cooper (Parry Shen), Griffin Munro (Matt Cohen) and the ladies in his life know he’s still on Zen Zen and it’s inevitable that it comes out and blows up his job. What will Finn do and will it cost him Hayden Barnes (Rebecca Budig)?

Share your comments on these spoilers for Monday, March 13 thru Friday, March 17 and tune into CDL often for the latest General Hospital spoilers, news and updates.