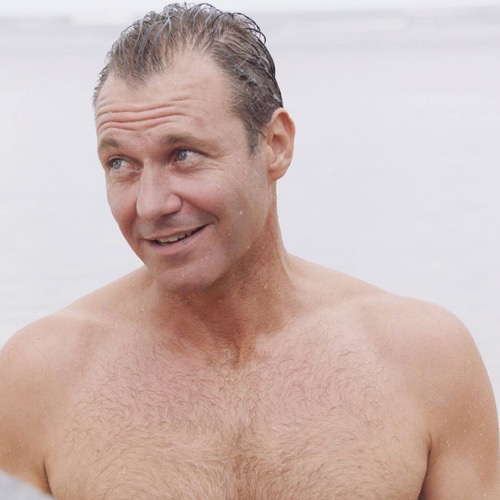 Tonight on CBS Hawaii Five-0 air with an all-new Friday, October 13, 2017, episode and we have your Hawaii Five-0 recap below.  On tonight’s Hawaii Five-0 season 8 episode 3 “Kau pahi, ko’u kua. Kau pu, ko’u po’o. (Your Knife, My Back. My Gun, Your Head.)” as per the CBS synopsis, “Five-0 enlists the help of an old friend when the boss of a major crime family is murdered, triggering revenge killings across the island. Meanwhile, McGarrett and Danny begin sorting out particulars in their new restaurant venture.”

McGarrett and Danny were taking their relationship to the next level. They had already found the place where they wanted to open up their own restaurant and so now they were each putting a tremendous amount of work to get the place ready in time. However, the two eventually clashed over the minor details. They had a conversation about swatches that didn’t work out and Danny had even wanted water from New Jersey to brought to Hawaii because he wanted make the perfect pizza with it. So when they heard an old friend was in town, the two had been happy for an excuse.

They needed a reason to walk away from the restaurant for a bit and it was not everyday that a man like MI6 Agent Harry Langford came to town. But it turns out Harry had news for the guys because he decided to retire. Harry was forty-five which was old in his line of work and so he chose to retire while he still could though the guys had asked about how he’d been able to do it. Their pensions wouldn’t last long if they decided to retire and therefore it had seemed strange that Harry could. Did Harry even make enough to live out the rest of his life?

Well, the answer to that was yes. Harry had supplemented his income over the years with money he earned gambling and so he could live in luxury if meanwhile the guys were looking at the restaurant as part of their own retirement plan. Though what truly made the guys envious of Harry was his girlfriend. His girlfriend was this young French model and the guys had whispered amongst themselves that they never thought anyone could look that beautiful. So Harry was living the dream yet the guys had a 9 to 5 that demanded their attention.

Five-0 had gotten called in on a case that had managed to stump the FBI. The FBI were surveilling Jimmy Okada of the Okada mafia and they thought they would get enough to put him away on RICO however someone managed to barricade them in their van and had later killed Okada as well as most of Okada’s lieutenants. Yet, Okada was known as giant figure on the island and that meant there would be repercussions for what happened to him. So Five-0 had to reach out to Okada’s son to warn him to not do anything and afterwards they talked to their CI.

Harry believed that Jimmy’s killer would have to go through everyone still loyal to the Okadas in order to fully take over their territory and so he suspected a blood bath was on its way. But the guys had had an avenue to investigate. They had heard about someone bringing in a lot of guns and had used Harry to trace it back to the source though the guy they eventually found had told them that he would never be dumb enough to take out. He said that he had brought the guns in because he had someone in the FBI tell him about Jimmy’s RICO case and thought he should be prepared to take over once Jimmy was in prison. So he said he didn’t risk going up against Okadas.

It was suicide to take on such a large organization! Though Five-0 thought someone like Annie Hughes couldn’t be the mastermind. They found out she had been at the club before it got hit and that she was the only one to walk out alive. So they looked for Annie for hours before finally finding her dead from retaliation. The Okadas were never going to take what happened to Jimmy lying down and so his son rose to take his place. Derek had been kept away from the business because his father hadn’t wanted him to get hurt yet he had been forced to ignore his father’s wishes to avenge him.

Annie was the one the Okadas could connect to the case and they had made sure to get the information they wanted before they killed her. So the Okadas had found out that Annie has a boyfriend. His name was John Walcott and he had had son named Aiden who was killed a few years ago in a hit and run however Walcott had lied to the police about what he saw that day because he knew the man that killed his son and that the man was driving Jimmy Okada’s car. Yet, Five-0 had later found Walcott’s home and they also learned that he had been teaching himself combat training to get revenge for his son.

Walcott had apparently pretended to let things go after Aiden died, but he used the years in between to train and build up an entire arsenal all because he wanted revenge. However, Five-0 knew he would go after the Okadas seeing as Annie had been killed and so they eventually caught Walcott with a gun to Derek Okada. Derek had been the one driving the car that killed his son and Jimmy had threatened the rest of Walcott’s family if he didn’t keep his mouth shut. So despite having Five-0 look on, Walcott still went ahead and killed Derek for everything that’s happened to him since he lost Aiden.

And so the guys had had to arrest Walcott. They knew why he did what he did though he still broke the law and killed most of the Okada organization. So they arrested Walcott for multiple murders and Harry had gotten a final taste of the old job. He had apparently missed it more than he knew and he had even told the guys what he thought about their restaurant. Harry thought the business venture would fail. But the guys had wanted to prove him wrong and had offered to make Harry and his girlfriend dinner… except they argued so much and the wait had been so long that Harry eventually took his girlfriend to a dinner at Kamekona’s food truck.