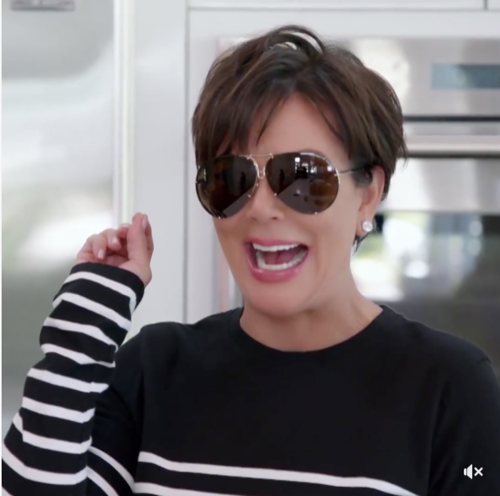 Tonight E!’s most-watched series Keeping Up With The Kardashians (KUWTK) returns with an all-new Sunday, November 19, 2017, season 14 episode 8 and we have your KUWTK recap below.  On tonight’s KUWTK season 14 episode 8 called, “Close to Home,” as per the E Online synopsis, “Kim is shocked to learn about the rising rate of homelessness in L.A. and sets out to bring awareness to the growing crisis. Meanwhile, Kris hires a scribe to document her every word.”

Kim and Kourtney took their kids to the Ice Cream Museum. The Ice Cream Museum was what it sounded like however what made it so fun besides the ice cream itself were the chances to swim in sprinkles and even play around with all the cool gadgets. But Kim and Kourtney had sort of missed an opportunity after the museum to take their kids down to Skid Row like how their father used to do with them. So they talked about that. They both realized they hadn’t been in the area in years and that weren’t doing things like their dad that were supposed to teach the kids that there is another side to their gilded life.

But the sisters didn’t just drop the conversation. They had kept talking about and the things they could do now that they were adults though as they were talking about heavier and heavier issues they also had taken the time to laugh at their mother. Kris has been accused of forgetting so many things over the years that she decided to get a scribe that would follow her around all day and write down everything she says. So, of course, the sisters had had to poke fun at their mother. She had actually hired someone to see and hear everything when there were quite a few things they were sure she wouldn’t want anyone writing down.

So Khloe went out of her way to embarrass her mother. She brought up the fact Kris wears diapers at the dinner table and how she allegedly had an accident when she was over at Khloe’s for a visit. But Kris never took her daughter to task and had done her best to laugh everything off even as she was being accused of child abuse. So Khloe didn’t see understand how to hurt her mom must have been until she talked to Kim about it all afterward. She had asked Kim if she had hurt their mom and Kim had confirmed that she did. Kim told Khloe that Kris was laughing it off because she had been too embarrassed to say anything. And that had made Khloe feel bad as well as defensive.

Khloe had questioned why her mom hadn’t spoken up as things were happing and had again reiterated that it was just silly to hire a scribe. But Khloe and Kim had later visited the Union Rescue Mission to find out about the housing crisis and what’s being done for the homeless. So that experience had opened both of their eyes. Khloe and Kim found out that most of the shelters were already crowded and that there were still hundreds if not thousands more out on the streets, but the fact that they were so many was merely the tip of the iceberg. There people that moved into the shelters because their job wasn’t paying them a living wage and there were also others battling things like addiction and adapting out of prison.

Both women listened to personal stories and found out about the programs that were out there to help those in need, however, Kim had been curious about what the city was doing. She later set up a meeting with Councilwoman Martinez who was fighting to raise awareness for issues like poverty and homelessness. But the city of LA seems to have problems than it does solutions. Kim had been shocked to hear how much land was going to waste because it was being as dumping ground and the amount trash the city accumulates was enough to be a crisis of its very own. So Kim tried to do what she could because she knew she couldn’t fix everything and so she strived to help at least one person.

Kim talked about everything she had heard from the councilwoman with friends and family. But she heard this one story about a woman that had gotten injured on the job and that workshop hadn’t covered everything. So this woman used all her money to pay off her medical bills, they had no more money to pay off her other bills and had eventually settled into a transitional housing until she could get back on her feet. And so Kim had wanted to see transitional housing for herself and learn how they were helping to lift up others to regaining back control.

There were a lot of people that unfortunately believed someone living on the streets must be addicted to drugs. But while drugs can sometimes play a part, it isn’t always about using and people in such a position shouldn’t have defended themselves or be stigmatized for what sometimes just happens. So Kim was doing her best to find out as much as she could about the subject and elsewhere Khloe had done her best to get their mom to let go of the scribe. The scribe thing was cute for a while and then it got to be annoying. And so Khloe let her mom say embarrassing stuff about her to get written down before they both said goodbye to the lovely young woman they tortured.