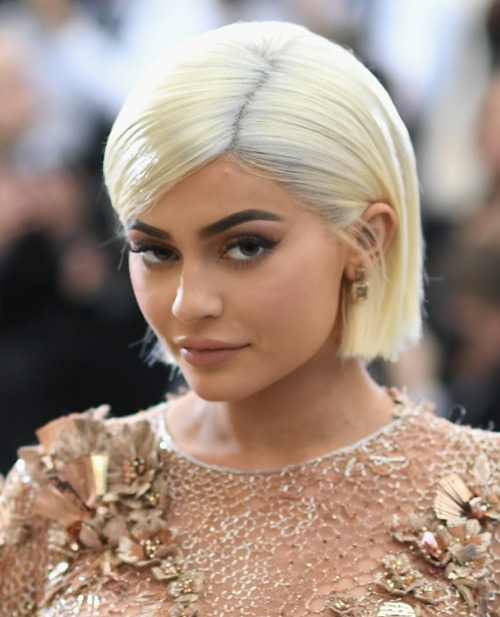 Travis Scott was recently spotted with another woman. It looks like they were in deep conversation. This comes after reports surfaced that Travis Scott and Kylie Jenner ended their relationship. The mystery woman hasn’t been identified, reports HollywoodLife.com. Just because he’s with another woman doesn’t necessarily mean he’s cheating on Kylie Jenner. It’s just odd that he was leaving a party with someone else other than Kylie Jenner. The two were photographed at her 20th birthday party where he spoiled her like a princess.

Kylie Jenner feels like she upgraded. She loves having a boyfriend that can pay for his own things and can buy her lavish gifts. Travis Scott is reportedly going out of his way to do everything he can to make her happy. It’s not always extravagant gifts, though. Sometimes they will have relaxing nights in together. Kylie Jenner is a homebody as evidenced by her Snapchat account. She loves staying home and cooking him dinner. 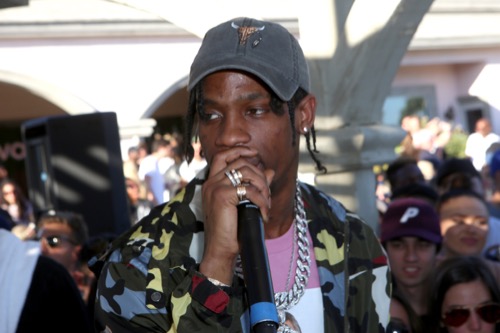 Kylie Jenner revealed in a new episode of Life With Kylie that she hates butterflies. Wonder what Travis Scott will think. She spoke to her BFF Jordyn Woods about her fear known as lepidopterophobia. She admitted that she’s “terrified of butterflies. All butterflies.” She doesn’t seem to be afraid of catching butterflies for Travis Scott. She recently got matching butterfly tattoos with him, who seems to have an affinity for the insect, reports People.

The tattoos symbolize the rapper’s latest track, “Butterfly Effect.” He also gave Kylie Jenner a diamond-studded and thick gold choker accented with gemstone butterflies. According to a TMZ report, the hefty necklace has 28 carats of VVS diamonds and it’s estimated at $60,000. What are your thoughts, CDL readers? Do you think Kylie Jenner and Travis Scott have called it quits? Do you think they even make a good couple? Would you rather see Kylie Jenner single for a while? Let us know your thoughts in the comments section below.