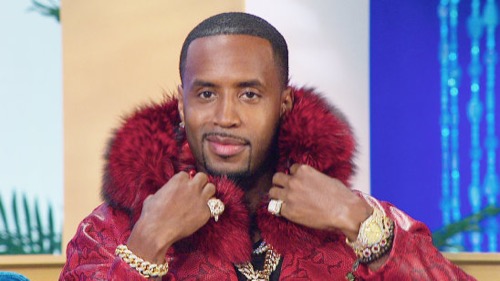 Tonight on VH1’s hit series Love & Hip Hop Hollywood returns with an all-new Monday, July 24, 2017, episode and we have your Love & Hip Hop Hollywood recap below for you.  On tonight’s season 4 episode 1, “Girl Fight,” as per the VH1 synopsis, “In the Season 4 premiere, Keyshia Cole confronts unresolved issues with her estranged husband, Booby; chaos erupts when Hazel-E squares off against her haters; a sexy new arrival threatens to turn Masika’s world upside-down and Teairra has a lunch date.”

The mend and women of Hollywood are back as Love and Hip Hop gears up for another season of drama in the town known for bright lights and high drama. Some new faces have come in to join some of our old favorites. What will they bring to the table as far as drama goes? What about our old cast favorites such as Ray J amd Masika? What sort of drama will they bring to the new season. We’ll all find out as the season starts tonight!

This week on the season four premiere of Love and Hip Hop Hollywood Keyshia Cole joins the cast of Love and Hip Hop. She is on tour promoting her new album and dealing with the seperatiion from her soon to be ex. She says “I can’t deal with what someone has done to me in the past. It’s time for me to reset.” Her ex. Booby is staying with her so that they can co parent despite their seperation. Keyshia says “He is staying at my house because he needs to reset his career.It;s crazy because the person that you do all the dirt to is the person who helps you out the most.”

Hazel E is back in Hollywood and has a new man of her own. She is working on a new event. She and Teairra have fallen out and now they are no longer friends. She tells her new man ”i want to invite Nikki and Masika too.” Rose tells her “I got your back.”

Masika has moved on. She is now dating a woman named AD. The two are preparing to move in together. She says “My baby daddy is really accepting of the relationship.” Masika meets up with her new lady, Nikki and a new man named Zell. They start talking about Hazel. Masika says “I got an email from Hazel E and the subject line was girl code.” Zell comments that he knew Hazel when she slept on Teairra’s couch. He says “I knew her before she had all that work done on her face. She looks good now.” Maskika asks the group about going to Hazel’s event. Nikki says “I don’t have a personal beef with Hazel, but I have to rock with my girl and we’ll go together.”

Fizz and Safaree are playing basketball with their friend Booby.  Fizz asks Safaree whetther or not he is still with Nikki. Safaree says “Nope. I don’t even have the key.” Safaree then asks Fizz about the situation with Moniece. Fizz tells him “I’m cool with it. My son likes her new girl so that’s all that matters.”

We are also introduced to Brooke Valentine and Marcus Black who is her producer. They are also a couple. Brooke says “When we first met he was in the middle of a divorce. When he first told me about that divorce I wasn’t sure about it, but once it was final I was all over it.” Marcus tells her “I would love to hang out here all night but I have to go pick up my mom. Maybe we can all hang out together. “ Brooke agrees.

Nikki, Teairra and Masika all decide to show up to Hazel’s event after all. Nikki runs into Safaree and the two joke around a bit. Hazel comes in on a helicopter and her performance is really good. Nikki is not feeling it though. Hazel thanks everyone for coming out. Hazel hears Masika speaking out in the crowd and steps down off the stage to confront her. Hazel asks Masika “Do you have something to say”” Masika tells her “Put the mic down.” The two women go nose to nose and have to be separated by security and Masika is escorted out…

Brooke is hanging out with Laurie, Marcus’ mom. She tells her “Marcus has been talking very seriously about marriage. Do you feel like he’s ready?” Laurie says “I think you guys could make beautiful music together and you would be good together, but I don’t think he’s ready. There is something you need to know.”

Keyshia is in the studio working on a new single called Incapable when Booby eshows up. He tells her “I know that you’ve been finishing up your project and being there for our son. I just wanted to let you know that i got you.” Keyshia says “I hope so. We come up with scenarios and then you bail on me.” He tells her “Knowing that I failed you as a husband makes me wants to be a better father to our son and a friend to you.”

Nikki and Hazel meet up to  talk about the situation with Masika & Teairra. Nikki introduces  Hazel to Alexis Sky, who is Fetty’s ex. Alexis tells Hazel “Masika slept with Fetty while I was with him and had her baby so I have no problem making her life miserable.” Hazel  seems pleased to hear that she has another ally in her war against Masika and Tiaerra. She says “We all have something in common. Masika has slept with all of our men, but Alexis is doubly hurt because she had a baby with Fetty.”

Brooke is upset about the news that Marcus’ mom dropped on him. She invites him over for dinner. She asks him “When were you going to tell me you were still married?” Marcus says “I have a paralegal working on it.” Brooke is still angry. She says “You’re working on it? What are you going to do?” Marcus says “I’m here with you. I love you.” He kisses and hugs her. Brooke tries to protest. She says “You know I’m weak for you. i don’t even know why I let you come over here.” Eventually she gives in to him.

Moniece,and Zell are at the Karaoke club but Masika is not there. Nikki and Alexa show up and the pettiness is real. Moniece says “We don’t talk to peasants.” Alexa asks “Where is Hoseka?” Zell says “She is booked and busy.” That sends the drinks to flying as the ladies prepare to throw down! This battle is far from over!..