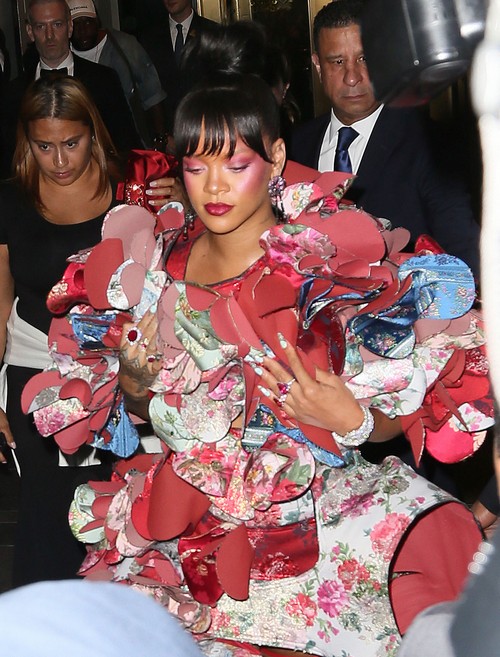 Rihanna is back to throwing shade on Instagram and Nicki Minaj got it this time. The bad gal is desperately living up to her name. Rihanna pretty much stole the spotlight at the Met Gala on Monday night. However, the singer had to throw some daggers to her pop culture contemporaries. We all know that RiRi lives for the drama. She’s been petty for pretty much most of her career.

Rihanna stopped everyone in their tracks when she showed up in her Rei Kawakubo creation. Nicki Minaj, meanwhile, wore a safe black and red H&M gown that she co-designed with the brand. Nicki was enjoying her creation as she took to Instagram to post a list of 23 publications that featured her on their best-dressed list. But, Nicki’s fans quickly found out that the list was fake.

It was taken by an Instagram fan account called “Nickidata.” Nicki, honey, that should be your first clue that it’s probably not legit. Second, it looks like it was made on Microsoft Paint. Nicki later deleted the post but it still lives on forever on Twitter. Perez Hilton reported that Rihanna made a collage of magazines who praised her red-carpet look along with the caption, “Casual.” 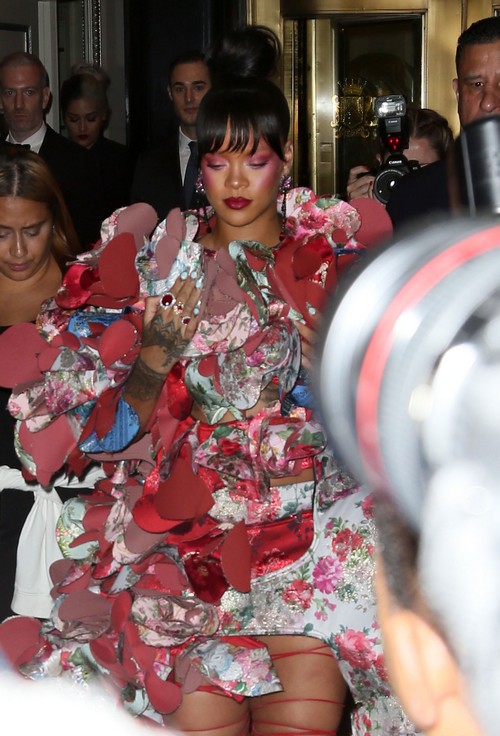 Fans took Rihanna’s Instagram post as a “casual” response to Nicki Minaj’s epic fail. Rihanna is the queen of shade on social media. But, was she really throwing shade at Nicki Minaj? Or, was she so proud of her look that she felt inspired to create her own Instagram post?

RiRi wasn’t quite done yet. She had some more shade to throw. She doesn’t stop and she won’t stop. Everyone knows that she is also the queen of subtle shade. It all started when an Instagram account called out the Met Gala attendees who opted for snooze-worthy column gowns and prom dresses over the avant-garde theme. The user “melvinfenty” (an apparent RiRi fan) used a meme to call out those stars who bored us on the red carpet. Rihanna agreed with the post by simply liking it. 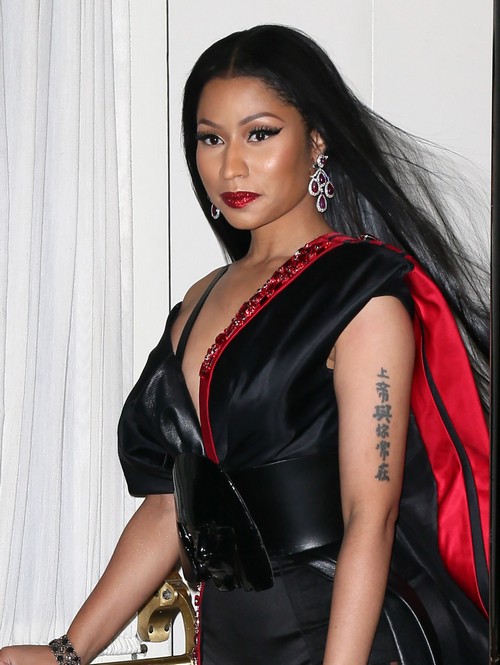 It doesn’t look like Rihanna was being shady of Kim. The “Keeping Up With the Kardashians” star took to Instagram to share a photo of herself alongside Rihanna. She even praised the singer’s costume as “the definition of the Met!”

What are your thoughts on Rihanna’s Instagram posts? Do you think she was shading Nicki Minaj and the others who played it safe at the Met Gala? What did you think of RiRi’s outrageous getup? Sound off below in the comments section.