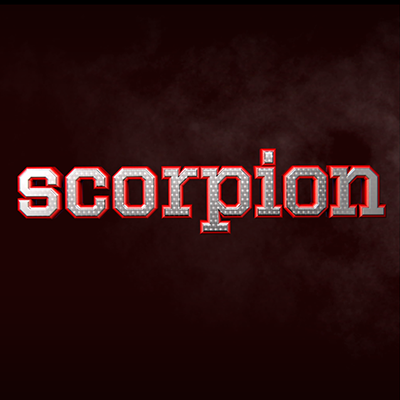 Tonight on CBS their hit drama/comedy Scorpion airs with an all-new Monday, February 6, 2017, episode and we have your Scorpion recap below!  On tonight’s Scorpion season 3 episode 15 as per the CBS synopsis, “Walter (Elyes Gabel) and Paige (Katharine McPhee) end up stranded in the Pacific Ocean surrounded by sharks after their boat explodes during the team’s mission to locate sunken treasure.”

Walter can sometimes be too much. He had apparently gotten into an argument with the head of Department of Energy over their paycheck being one-hundred-nine-thousand or one-hundred and nine thousand. So being Walter about the correct way to say that number was what led to their contract being cancelled however Paige had did a lot to set up that contract and she had been upset to find out that Walter had somehow dismantled it within minutes. But Walter had fortunately found a way to cushion what happened. He later told Paige that he had found another contract with a Marine Salvage company and that it even better than the Department of Energy.

However, Walter had thought their new contract was even better than their old one because they were technically going to be treasure hunting. The company that had hired them were looking for a sunken ship called the San Caldera and there was allegedly treasure on it that sunk with the ship many years ago. So that had definitely created a buzz. The team had been excited about searching for treasure on the high seas and Toby for one had just been happy that he was going to finally live out his childhood dream to be a pirate because he had read some book when he was a kid and it had left a great impression on him.

So the guys had chosen amongst themselves who were on going the boats and who would stay behind to use their undersea cameras to keep a watch though Toby eventually came to regret his choice of going on the boat. The guys had had to search many miles of the Pacific Ocean and so Toby grew bored with merely sailing around. Yet, Happy and Sylvester did pick up something on one of their cameras and they came across what they believed was the San Caldera. And so everyone had thought that Walter would geek out because it had been his idea to take the contract to begin with and they had been surprised to get only silence on his end.

The team had tried contacting him and they had even looked into the camera that had been with him, but they got nothing on both ends. So the guys realized that there might be something wrong and they desperately wanted to get to Walter and Paige’s last known location. Though the company that hired them and the woman that was overseeing the mission on Cabe’s ship didn’t want to move because of some communication problem. She said that she was the captain of the ship and that they weren’t leaving the site of the treasure because of maritime lie. And so both Toby and Cabe committed mutiny.

The guys put their boss on a much boat and had left her at the scene of the treasure because they figured they were giving her what they wanted. But finding Paige and Walter was a problem. The duo had had a problem with their ship and had been forced to abandoned it before it exploded. So Paige and Walter had created something of a raft with the mere pieces of their former boat and they had waited to be rescued. But Walter had had some bad news for Paige. He had told her that their friends had been two hours away where they had dropped and that their raft had also drifted miles away from the explosion.

In other words, Walter had told Paige that unless he got one of his gadgets working and sent a message out to their friends that there was little they would be found. So Paige had gotten angry with Walter and she had lashed out. She had blamed him for ruining their original contract with the DOE and had said that they would have been safe on land if he hadn’t done so yet Paige’s temper did simmer down in the end until she simply decided to give Walter the silent treatment. However, Walter didn’t think it was fair that Paige was giving him the silent treatment because he said what happened with the DOE had in fact been her fault.

Walter had said that Paige was responsible for helping him deal with other people because he couldn’t do it on his own. Yet, Walter had also gone on to say that if Paige hadn’t been distancing herself from him that she would have helped him. So Paige had asked Walter about that and he had explained that the last few weeks he had noticed that she had been pulling away though he told her that he thought they had been friends and that she would have understood that he was different rather than alienate him like everyone else in his life had once done. And so Paige had taken the time to explain that she hadn’t actually been pushing Walter away.

Paige told him that she had been trying to give him space because she wanted to see if he was capable of a higher EQ and would have been fine without her. Though after she finished telling him, Walter had gotten upset because he realized Paige had performed an emotional test on him and so he told her that the reason she was even on the team was because she was supposed to help him. So Walter had said that he should probably dock her pay these last few weeks seeing as she had intentionally not been doing her job, but what had finally stopped the pair going back and forth on the matter had been the sound that Walter had heard.

Walter had heard buoy and Paige had crafted a telescope to get a better sight of the buoy. But the couple had paddled their way there and had sent out a message using a system attached without knowing what they were getting into. So Walter’s friends and the Danish scientist he had accidentally messaged had figured out the duo were in trouble long before they found it out themselves however Paige and Walter did eventually noticed that they were surrounded by sharks. The two had unfortunately paddled their way to a buoy that tracked shark migration patterns and so they had found themselves in a frenzy before long.

Frenzy was apparently word for lots of sharks yet Paige and Walter had risked angering them by punching one of them in the nose. So the guys had thought they would be rescued from being a shark’s lunch when they saw their friends boat had final found them. The others had their own algorithm to track down where Paige and Walter had drifted to and they had thought they would just rush in to save them. However, their ship’s engine crashed before they could reach their friends and so it had looked like Paige and Walter were going to die despite everything the others did to save them.

Yet, Walter had realized what Paige was trying to do for him and he had told her to make for the boat while he swam in the other direction to distract the sharks. So Walter did make for the raft some distance away to save Paige and if Happy hadn’t gotten one of the underwater cameras to carry his weight back to the boat then Walter would have died for her though thankfully he didn’t. Happy had gotten him to some distance to the boat and Toby had used his swashbuckling skills to get Toby out of the water as fast as possible. And so Toby did get to have his pirate moment in the end, but it came at a cost.

The guys were technically in breach of their contract the second they left behind the treasure to save Walter and Paige. So all they got for their hard work had been chocolate coins and a snarky message from the woman they mutinied however they all thought about it and had thought what they did had been more than worth it. They had gotten their friends back and Toby got to carry out an eye patch like a real pirate. Though Sylvester had funnily enough benched an interview with a small newspaper in order to focus on his friends and the paper had endorsed him for alderman anyways because they respected what he did for his friends.

So Sylvester was one step closer to what he wanted and Paige had made up with Walter because of what he did. But Happy and Toby discussed their relationship afterwards and he had reassured her that he was never going to stop caring about her because their relationship was about more than just the chase.