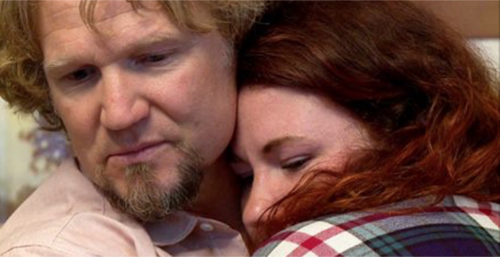 Meri and Kody’s marriage has had a tough few years. They had first fallen in love with each other when they were quite young and they had thought that everything was going to be easy with both their marriage and their family. But reality set in and there were difficulties along the way. Such as the fact that Meri sometimes needed her space to come terms with where they were in the relationship and when she wanted to talk she would often learn that Kody would then need space however, NBC Correspondent Andrea Canning had wanted to see if there was any chance for their relationship on tonight’s episode. So she asked Meri about the last episode.

The last episode showed a frank discussion between Kody and Meri yet what stood out had been some of the things that Kody had said. Kody had told Meri that there had been months when she didn’t want to see him or even from him. So he added that he eventually got the picture when he realized that nothing he was doing was helping. However, Meri said tonight that she had needed space because she thought that they needed a cool-down period. She said that she had said or done things before that hurt them and that the same went for Kody so that’s why she thought they recently needed some time before they came together to discuss where they were at.

Yet, part of the problem between Kody and Meri had been that allotted time where one wants to talk and the other wants space. So Kody didn’t hold back when he said that there had been times for him when he just thought “I’m done” as if he said it didn’t matter anymore what happened between him and Meri though Meri had mentioned that one of the problems she has with Kody is that she still needs him around even when she doesn’t say it. And so she had come to a point where she had wondered if Kody had cared anymore about saving their marriage and it didn’t help when someone brought up the burning bridge question.

The burning bridge question had been if Kody had seen Meri on a burning bridge would he save her? Though Kody had said that question had a lot of things attached to it so he didn’t come out and say “yes, I would save Meri?”. So that made Meri feel like there wasn’t any hope because her own husband had to think about whether or not he wanted to save her and so she tried getting a little more vocal about what she needs for him to get their marriage to work. She said that she wanted him to sometimes focus on what was good for her instead of relegating her to the back because he wanted to think of the family first, but that’s a problem Kody has had before.

Kody has gotten into trouble with one of his other wives because she wanted to feel like she was important to him rather than being part of the larger family that was overall important to him. So that is something that Kody has to work on however the other sister wives did speak up in defense of Meri on tonight’s episode. They had kind of all ganged up on Kody and had told him the burning bridge question wasn’t hard and that he simply thought it was. But they eventually got him to admit that he would save Meri and so the only downside to that had been the fact that he would have saved anyone on that bridge.

However, Meri has decided to be offended by all the effort it took to get her husband to admit he would save her from a burning bridge. So she could have meant that or that would be something for the family therapist down the line yet either way Meri had said that she was in a good place and so the next thing that Andrea had asked her about had been Mariah. Mariah had come out of the closet this season and it seems that a weight had been lifted off the young woman. She was happier and the only thing that appeared to cloud the moment had been the strife between Mariah and her mother.

Mariah had felt like her mother had been withholding information from the family about the catfishing saga though her father had told Mariah a few months ago that nothing that was black and white. He said that he had did things that Mariah wasn’t aware of and that he just as much at fault for someone coming between him and Meri. So Mariah got the picture in the end because she now says that she realized what her mother did hadn’t concerned her. Yet, what had caused an issue had been when Mariah told everyone she was gay and it had been awkward with her mother. Meri had had a hard time adjusting the fact that her daughter was gay because that hadn’t been something she envisioned.

Though Meri didn’t mean to offend her daughter and she had simply had a hard time seeing a different future than what she planned. So Meri is ok with Mariah being Mariah and so is the family. They had accepted Mariah being gay because they loved her and merely wanted her to be happy, but Mariah being gay wasn’t the only news that the family had to share. There was apparently going to be a new baby in the family as Kody was going to have his first grandchild thanks to Madison and Caleb. The newlyweds announced tonight that they were three months along and that everything is looking good so far!