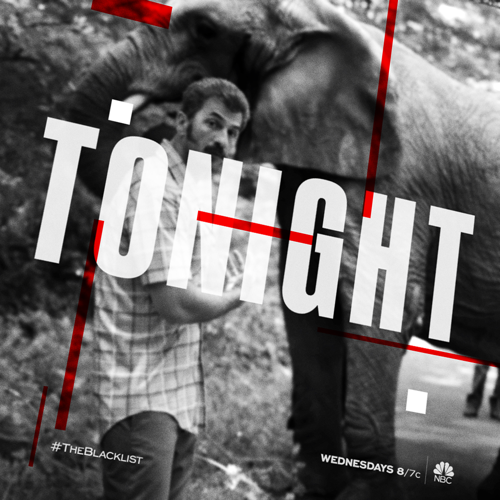 Tonight on NBC their hit drama The Blacklist starring James Spader airs with an all-new Thursday,  October 11, 2017, episode and we have your The Blacklist recap below. On tonight’s Blacklist Season 5 episode 3 called, “Miss Rebecca Thrall,” as per the ABC synopsis, “While the Task Force investigates a series of suspicious police shootings, Agent Ressler is distracted by increasing external pressures. With his back up against the wall, Red drafts Tom in executing an elaborate plan to help re-establish his criminal reputation.”

Tonight’s episode of The Blacklist kicks off with two police entering a drug addict’s home.  He puts his hands up and agrees to go with the officer.  The officer whispers “I’m sorry Scott,” and then he shoots and kills him.  The officer puts a gun in his hand to make it look like self defense.  Officer McGuiness is advised by his chief to go home and call a lawyer.  He leaves the police station and meets up with a woman who tells him the funds have been transferred to his account his taking care of Scott.

Meanwhile, Reddington is at a run-down motel wrestling with the ice machine.  He notices when he returns to his room that the door is cracked open.  He heads down the hallway and visits one of his new friends in her room, a woman named Piper.  She lets Red use the phone. He returns to his room and the men that were there left him a note on his mirror, it says, “Rivera Wants You.”

Tom Keen meets up with Liz’s ex, Nick, who is helping him identify the mysterious remains that Kaplan left behind.  He has hooked Tom up with a shady doctor named Pete that is supposed to help him.  Pete and Tom don’t exactly hit it off well, but Pete agrees to pull DNA and try to ID the ancient body.

Elizabeth tracks Red down at a diner, he is apartment hunting, and says he can’t live at the motel anymore.  Red gives Elizabeth a newspaper with McGuiness’ photo on the cover.  He tells Liz that he has intel that McGuiness was paid to kill Scott.  Apparently someone is hiring cops to kill, and McGuiness is not the first one.  Elizabeth heads back to the FBI office to brief the team on their next Redlister.

Elizabeth and Ressler interview McGuiness and his partner about Scott’s shooting.  Ressler is skeptical that the police are killing for hire, but Elizabeth finds some holes in his story and is certain that he is a dirty cop.

Reddington and Dembe track down the men that were in Red’s hotel.  They learn that Rivera needs the guns that he ordered delivered ASAP.  Reddington agrees and leaves.  But, there’s a slight hitch, he has no money and no guns.  Red begins scheming and pays his old pal a visit to borrow a million dollars.  Red summons Tom Keen and tells him that he needs his help with his new business venture.

Liz and Ressler visit Scott’s family.  They learn that when Scott was little, they won a settlement against a company that was responsible for lead paint poisoning that left Scott impaired.  But, a few years ago a company called Waterday came along and offered Scott a lump sum for pennies on the dollar and he took it.  Interestingly, the family’s lawyer is present – and it’s the same woman that paid off McGuiness.

Back at the FBI office, Aram makes a shocking discovery.  Apparently, Waterday doesn’t just buy out settlements, they also give out loans.  And, ironically they just gave Officer McGuiness a loan.  They pay Waterday a visit and learn that they actually are losing money because of Scott’s death, not making any money.

Ressler has his own personal problems to deal with, he’s being blackmailed.  He receives a mysterious text ordering him to pick up a car at a car lot before its processed by the police.  He makes up an excuse and leaves Liz on her own.

Back at the FBI office, Aram does some digging and uncovers three more cop killings and the cops all received loans from Waterday.  They don’t have all the pieces to the puzzle, but it looks like Waterday is financing assassinations.  They  head to Waterday with warrants and raid the office.  But, the boss they spoke to earlier isn’t there, he’s in a S&M dungeon with Rebecca, dressed in black leather.  When Rebecca learns that Waterday has been raided, she kills him.

Red and Tom Keen pay one of their contacts a visit to try and get their hands on guns.  Then Red meets up with his shady pals to create a make-shift landing strip for a plane that will carry the guns.

Aram realizes that the people Waterday is having assassinated, the company has taken out multi-million dollar life insurance policies on and he figures out the next target, a man named Robert Merriwether.  Little do they know, they may be too late.  A cop currently has Robert pulled over on the side of the road.  Liz and her team track Robert’s cell phone and arrive at his car in the nick of time before the officer shoots and kills him.

Ressler arrives at the car lot to pick up the car that he was instructed to get, but he pops the trunk and finds a dead body in it.  Ressler freezes and picks up his phone – Harold orders him back to the office ASAP.  Ressler leaves with the car and the body and heads to Meriwether’s car to help Liz interrogate cop.  She sings like a canary and says that she was contacted by a woman named Rebecca, she calls her and sets up a meeting for the FBI.

Red, Tom Keen, and Dembe meet with their contacts to buy the guns for Rivera.  In the middle of the meeting, officers in black SUV’s arrive an pull their guns on all of them.  Tom and Red are handcuffed and put in the back of a van together.  Tom’s furious that he’s going to prison because of Reddington.

Rebecca shows up at the designated meeting place and the FBI are waiting for her.  She tries to kill the cop and is intercepted by the Ressler and Liz.  She’s busted!

Tom is shocked when the police release him, he realizes that the men that “arrested him” were working for Red and it was all a facade.  He faked the raid so that he could get the jet and the guns for free.

Reddington heads to the FBI to gloat to Harold, he hands over the gun runner that he had fake arrested.  Of course, Red doesn’t offer up any of the guns that he confiscated though.  Meanwhile, Tom gets a phone call, they were able to get some DNA off from the remains.

Ressler delivers the car and dead body after the case is closed.  He’s informed that the blackmail is far from over, and he will be receiving his next assignment soon.

Tonight’s episode ends with Red and Dembe camping out and eating hot dogs in a field with their new jet.  They have no fuel or pilot…but it’s a start.