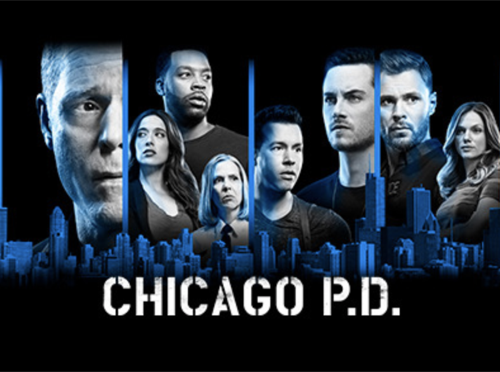 Tonight on NBC their drama Chicago PD returns with an all-new Wednesday, September 25, 2018, season 6 episode 1 premiere called, “New Normal,” and we have your Chicago PD recap below. On tonight’s Chicago PD season 6 episode 1 as per the NBC synopsis, “The Season 6 premiere: Bad heroin is causing overdoses in Chicago, and Intelligence is a man down with Voight suspended. Antonio takes charge, but Ruzek undermines his authority.”

Chicago PD begins with the recapping of when Detective Alvin Olinsky (Elias Koteas) was murdered in prison and Sgt Hank Voight (Jason Beghe) shoots the man who killed Al.

Sgt Trudy Platt (Amy Morton) pounds on Hank’s door until he opens it and finds him badly beaten in the face. He assures her he is fine and asks her to tell Meredith Olinsky (Melissa Carlson) he will take care of the funeral.

Voight arrives at a crime scene and he is ordered off the scene by Brennan. Voight defends his actions, but she tells him it is his word against theirs and the States Attorney is circling this as a homicide. He feels they are using this as the perfect time to bury an old-school white cop with a bad reputation. She tells him until further notice he is banished.

As Voight walks away from the scene he informs his team there is some bad dope on the streets and they are going to quickly find it. Dt. Antonio Dawson (Jon Seda) is going to take the lead, he tells them he is on the bench until the investigation is cleared. Dt. Adam Rusek (Patrick John Flueger) blames Antonio for not standing up for Voight, but he orders him to go easy and reassures them everything will be okay and to get to work. The mother arrives and Adam jumps to help her.

The team talks about the case, wondering if this is business or some serial killer; Antonio reminds them they cannot discuss this at all to Voight, Rusek disagrees. Hailey Upton (Tracy Spiriakos) runs down the phone to the same dealer, Andre Thompson aka Little Dre; Antonio gives them his plan.

Rusek and Hailey take photos of the Little Dre as she asks Rusek about the Antonio thing and he says that Antonio should have backed up Voight no matter what because the guy who killed Olinsky got what he deserved and that is the end of the story. She says that is the end of Rusek’s story and it’s not as simple as he’s making it sound.

They find where Dre is keeping his drugs and Dt. Jay Halstead (Jesse Lee Soffer) approaches Dre for a buy. Dt Kim Burgess (Marina Squerciati) and Dt. Kevin Atwater (LaRoyce Hawkins) hold him down but let him go, but when Dre gives him a lecture about his constitutional rights, Kim has to call Kevin’s name out a few times as he tells Dre people are dying from the dope he’s been selling. Hailey observes as Dre returns to where he kept his stash and is furious, calling his supplier, revealing where he gets his drugs from.

They bring in Jaylin, who tells Burgess he will tell her anything she wants but only after she gets on her knees and kisses his black ass. She says that is fine because when he is in prison she is sure he will find plenty of people who would love to do that. Adam is mad that he is literally laughing at them and there is nothing they can do about it; he leaves and meets with Voight. He shows Voight the file of 6 dead victims but tells Adam to keep this between them.

They regroup learning Jaylin is affiliated with the Black Tiger Posse and has two priors both drug-related. Antonio gives everyone their assignments but Rusek disagrees on putting up flyers feeling it would do more harm than good. He asks Adam to hang back when everyone leaves. He understands Adam is upset about the situation but tells him, “no more crap!”

Voight meets with Adam and gives him the name “Phil Gamble” and he supplies all the black gangs in the area. They don’t know why he would pump bad dope onto the streets, but he is the man behind the spider logo and Voight gives him a card, saying he owns a bar called The Trick. When Adam asks about the murder investigation, Voight says the only angle he will be playing is the truth.

Hailey and Adam meet with Phil, who seems surprised that there is dope being made with his logo on it. Adam asks for his help to get this crap off the street, and they can work out a deal, but he refuses and orders them to leaves his bar. Everyone returns to the squad room, and no one has any new information. Antonio learns that Adam’s “CI” is Voight and storms out of the room and Hailey angrily confronts him, telling him not to jam her up in this.

Voight returns to where he shot the guy, he sees there is a tower where there was surveillance when he asks to see the tape, he is told Internal Affairs took it an hour prior. He goes to confront Brennan at IA who denies there was any footage and dismisses him.

Kim informs the team that Meredith wants them all to be pallbearers. Atwater comes in with some information on a dealer named Ernesto Varga so Adam and Kevin quickly go to his place but find him with a bullet in his head. Shots are fired at them through a closed door, they see its a kid. Kevin pleads Adam not to shoot but the kid continues to shoot. Kevin puts his gun down as Adam begs him not to do this. Kevin is able to get him to lower it and Adam swats it out of his hand; the boy breaks down and he is taken to Chicago Med to get checked out.

It looks like it was a straight up hit. Antonio leaves, and Adam demands to know what that was with Kevin. Adam swears he wasn’t going to shoot him but Kevin wasn’t going to watch that happen. Adam admits it was a tough play but what choice did he have at that moment as that wasn’t right as he can’t bear to have another one of his friends die this week. They hug each other, trying not to cry.

Adam and Kevin question Jaylin about Ernesto. He claims he doesn’t know anything about him, but they know he called Ernesto 22 times this week alone. They know the two were trying to roll up on Phil Gamble but want to know if he knew about the battery acid in the dope. When Jaylin calls Adam a “bitch” and demands his lawyer, he grabs him and holds him by his throat against the wall; Antonio barges in the room ordering him to let him go and for Kevin to get him processed since he lawyered up.

Adam says if Voight were here the dope would be off the street by now. Antonio spits back that Voight isn’t there and Adam flat out blames Antonio for that. Sgt. Platt shouts at them, informing them there are 3 more dead and they all take off to the scene leaving Antonio at the IU squad room.

Adam updates Voight, saying he will take it from there; instructing Adam that he will call him in 30 minutes and to make sure he is alone with access to Jaylin. Meanwhile, Antonio meets with Brennan who demands to know why there are 9 dead, ordering him to just get this done!

Voight shows his badge to a nosy neighbor and then breaks into a house. He tells the woman that she will call the person back. He demands to know where Jaylin keeps the cash as he is going to prison for at least 15 years, if she helps him, he will help her. She looks at the spot and leads him to the money, Voight is video chat and Adam shows Jaylin that Voight is with Vanessa, the mother of his kid. He demands that he start talking or he will burn every dollar he has, to prove it he sets the first pile on fire on the stove.

Jaylin admits he didn’t know about the battery acid, Adam interrupts him saying they need to know where the product is. He kicks the cell door and gives up the stash house. When Adam tells Antonio, he is mad because he wasn’t supposed to be talking to him. Antonio accuses him of lying when he says Jaylin volunteered the information, but Adam wants to know if he’d rather be right or save lives? Antonio tells the team to gear up and hit the place immediately.

They bust into the back of a barbershop where they find the drugs and young children who were packing it. Antonio congratulates Adam for finding the dope but now wants answers. When Adam tells him they solved the case and that’s it, Antonio attacks him and the physical fight happens that has been a long time coming.

Voight gets a copy of the video that Brennan had taken, proving it was a good shoot. Antonio confronts Voight, who says he had an angle saying he simply was trying to save lives. Antonio asks him why he didn’t tell him then? Voight says he didn’t want to jam him up as he needs him clean as things have been choppy. He likes that Antonio has his own code and the best thing he can be is himself and the best thing Voight can be, is himself.

Voight meets Brennan after she texted him. She thanks him for finding the bad dope, informing him that Antonio told her everything. She apologizes and there is footage of the shooting. She feels the DA might not believe its a good shoot without her help; he wants to know what it will cost. She needs him to support Kelton for mayor and basically be her friend. He wants something in return too; a letter of exoneration for Alvin Olinsky so his wife and kids can collect his pension; that is his price for being her friend.

Voight is officially back on the job and welcomed back by everyone, including a hug by Antonio. He says its been a long few days filled with pain and anger. He doesn’t expect the emotions to disappear overnight but going forward they need to be a team – one team! No more fighting. No more crap!

Voight prepares for Al’s funeral as Sgt Trudy Platt arrives informing him that Meredith prefers he doesn’t attend the funeral. The funeral procession is massive, with equestrian police and the IU as pallbearers; Hank watches from across the street, saluting his longtime friend and colleague, hidden from everyone.