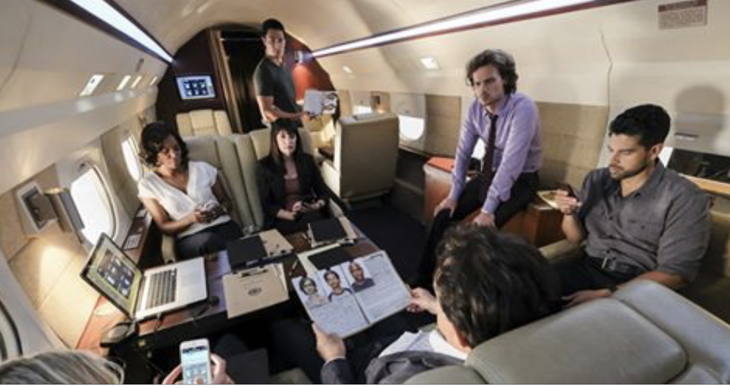 Tonight on CBS their hit drama Criminal Minds returns with an all-new Wednesday, January 3, 2018, episode, called “Submerged,” and we have your weekly Criminal Minds recap below. On tonight’s Criminal Minds episode season 13 episode 10 as per the CBS synopsis, “When a series of backyard pool homicides are reported in California, the BAU team searches for an UnSub with a puzzling past.”

The team was called in on tonight’s all-new episode after a string of backyard pool homicides were deemed a pattern out in California. But the local police hadn’t initially reached out to the FBI because they thought the murders were mere burglaries gone wrong though that stopped being the case once the police realized that the victims were, in fact, the targets all along. They eventually learned the Unsub could have easily scoped out the place and make sure no one was home when he broke in as well as if he had been caught in the act then his first concern should have been escaping. So the fact he went out of his way to commit the murders showed them they had been wrong.

But the lengths the Unsub went to had the team concerned. They learned in their briefing that the Unsub had broken in, tied his victims to cement blocks, and had then drowned the victims in their own pool. So they knew going in that the Unsub had most likely staged robberies because he wanted to cover up why he chose his victims, but there weren’t any connections between the victims. One of them was an elderly man that became a recluse since his wife died ten years ago and the last had been a newly married man out enjoy the pool with his wife. And so the one thing they all had in common was that they all owned a pool.

A fully filled pool which was odd because the town was going through some hard times because of a drought. The lake that they were famous for was drying up and that had destroyed their tourism with people no longer coming to town to fish or go swimming. But the team checked that out and it hadn’t seemed like the Unsub wad lashing out people for using water. If that was the case then he would have grabbed something they held of value because of what they were doing to others and what the Unsub stole was junk. The Unsub stole a coin collection was worth perhaps a couple of dollars, a couple of bowling trophies, and costume jewelry.

So the Unsub was trying to make a point and had even gotten rid of the coins by throwing them into the lake. But throwing the coins into the lake did make the team consider he was making an offering of some sort. Like maybe he was hoping to bring back the rain through human sacrifice yet they later learned that there was some significance behind the days in which the Unsub killed his victims that helped them towards a motive. They learned that because of the drought that many victims that had drowned in the lake were slowly coming back. And so the Unsub was killing a victim every time one left the water.

The team wondered if it had been a ceremonial thing or if the Unsub was somehow tied to that lake. But another body got pulled from the lake and the Unsub killed another person. That time he changed up his MO and had sown his victim into his bed sheets however he had also put a pike through the victim’s nose and so that made the team change their profile. They then realized that the Unsub was suffering from some arrested development because he was carrying out pirate fantasies. He chose victims that had a matching diving board to with their swimming pools and was making them walk the plank.

The team profiled their Unsub as an adult man that must have suffered a traumatic event that kept him in that permanent state of childhood and they couldn’t pinpoint his exact age because of that pattern of behavior. But what they knew what that the lake had some importance to him and so Garcia ran a background search on everyone involved with the case in one way or another just to see if anything popped up in their background. So it turns out the man that had found the coins in the water had lied about his name. Casey Peters has been run from the law for over twenty years because he robbed the US Treasury.

Except Casey was for some reason or another kept staying by the lake even as everyone else had run off. But they brought Casey in and he told them that he would never answer their questions. So they looked into Peters and the life he created for himself, but it seems he hadn’t wanted to talk because he was hiding the fact he had a son named Leland. Leland frequently got into trouble and had disappeared. Peters would later tell Emily that his son ran off right before they had to move again and that he had been looking for him ever since. And so Emily asked him if his son was fascinated with pirates and he was.

Peters said that his son used to hang out where the lake used to be before they flooded it and that he had always been concerned that his son could have drowned if they flooded the canyons to create the lake. But believing his son could be the Unsub was what gave him hope. He didn’t care if his son did kill those people because he just wanted his son to be alive though unfortunately the team didn’t believe Leland matched the person they were looking for and so they looked into Leland’s friends. He had run with a rough crowd and his best friend had been Jesse Carney. Carney had had a breakdown around the same time Leland disappeared and was institutionalized during his more formative years which explained why he never progressed passed that state.

But Carney had moved back into the area some years ago after he was released and he had been living a normal life when he disappeared right before the killings because of the drought. So the team was trying to figure out where he was when they got a call about a missing twelve-year-old boy. His parents said he hadn’t come home the night before and that he liked to hang out by the lake. So Simmons went out there to see if he could spot the boy and he saw the Unsub attempting to throw the kid into the water with a cement block. And so acting quickly, he called in and then confronted the Unsub on his own.

Carney had used the kid as a shield and had got a couple of shots off. But ultimately Simmons had been forced to let him go because he threw the boy into the water and Simmons’s first concern was saving the victim. So Carney got away and was now on the run, but the boy at least had been able to offer up some answers. He had hung out with Carney because he wanted to be a pirate too and it turns out that Carney had gone down the dark path he did because Leland Peters had drowned that day they flooded the lake. He had buried some treasure with Carney and had wanted to guard it all costs. And so it was supposed to be the both of them that stayed out there all night except Carney got cold feet.

He had been a young kid and had gotten scared. But he blamed himself for never showing up because that meant Leland died alone. So in the end, Emily had to break the bad news to Peters and he was forced to accept the fact his son died years ago.