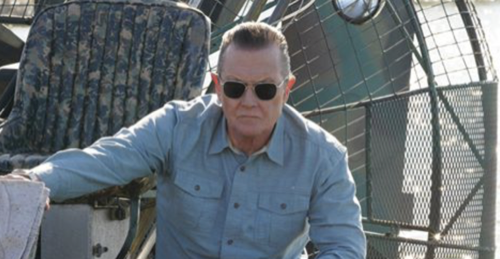 Tonight on CBS their hit drama/comedy Scorpion airs with an all-new Monday, March 26, 2018, season 4 episode 20 and we have your Scorpion recap below! On tonight’s Scorpion season 4 episode 20 “Team Scorpion must use their high IQs to win a softball game when the homeland director challenges, with all of their future government contracts on the line. Also, Walter’s secret night out with Florence puts Toby and Happy on edge.”

The team was invited to participate in a softball game on tonight’s all-new episode of “Scorpion” and unfortunately both Paige and Cabe had agreed to do it.

The team had been in their office when they received an unexpected visitor. Carson from Homeland Security had wanted to come in person to ask them to play in a softball game and he really wanted to play against them. He thought the team was useless. Carson didn’t believe so much government funding should be given to an outside group and so he was looking for a win that day in whatever form he could get it. He asked them to play and had called them names when they hadn’t looked all that interested until Cabe reacted. He threatened Carson and that was enough for the other man to remove his team’s clearance because Cabe couldn’t threaten his superiors. But Carson gave Cabe an out.

All Cabe had to do was agree to play in the game and if he won his team got to keep their clearance. The clearance was sort of a big deal to the team because they got most of their funding from their government contracts and so Paige pushed Cabe into agreeing to play. She thought they could do it, Cabe thought they could do it, and so they only had the rest of their team to contend with. The others hadn’t wanted to play in a softball game because for most of their lives they were horrible at sports. They would get bad grades in the gym and wouldn’t get invited to all of the parties after the big game. They told Paige and Cabe that they were nerds and that’s why Carson couldn’t bait them like he did with the duo.

Paige and Cabe didn’t have much experience with being bullied. They reacted when they should have just remained silent and so the others weren’t happy with them, but they stopped having a choice about what would happen when Cabe put so much on the line with his big mouth. The team knew the needed to win the game and so they tried to hope for the best with the jocks on their team. Paige and Cabe both had experience with playing sports and actually winning at sports. So the team was hoping the two could whip the rest of them into shape and that just wasn’t possible. They couldn’t teach the others how to be good at something when they hopelessly bad it and so they were all hoping for the best on game day when they suffered a few setbacks.

Cabe and Walt had gone to get equipment when they found themselves locked in the storage locker. They didn’t know how to get out and no one could come pick them up in time for them to be at the game, however, Paige called on few of their friends. She asked their friends to come take the guys’ place and she had tried to make do with what she had. Paige had exchange one of the few people that knew what they were doing with another nerd and the nerds were bad at softball. They didn’t know how to catch, hit, or even bat. They were just bad at everything and so they tried to science their way out of it. They used measurements, slightly tampered with their baseballs, and were doing great until they started to turn on each other.

Florence has a chip on her shoulder because jocks used to pitch balls at the window in the science lab whenever she was in there and so she sometimes attacked the other team. Like she punched one of them unprovoked and was going to attack the guy that threw a hardball at Happy. Happy had gotten thrown by it and still, she hadn’t wanted Florence to react because it was Florence. Florence had gone to lecture with Walt that Walt lied about to Paige and both Happy and Toby found out about it. They had tried to see if Paige met with them later on or if she found out about the lecture and so they had been left disappointed when Paige said the lecture had been canceled because they both knew who told her that lie.

Happy and Toby thought Florence was sneaking around with Walt behind Paige’s back and so Happy pulled her to the side for a talk. She told Florence what she knew and then accused Florence of trying to destroy Scorpion yet Florence hadn’t known that Walt lied about the lecture. She thought they were just going to the same lecture and that he was offering her a ride. Florence said that she didn’t have feelings for Walt and that’s what mattered except that led a lot of people to believe that maybe Walt was the problem. He was the one that lied about the lecture and the many people that ended up finding out what he did had believed that Walt was lying to Paige because he wanted to pursue things with Florence.

Florence told the ever-widening group that she didn’t have feelings for him and so that had been enough for Sylvester who had the biggest crush on her. But then Cabe returned to the game with Walt. Walt had pretended that they were locked in because he hadn’t wanted Cabe to see how bad he was at sports. He saw Cabe as a father figure and hadn’t wanted to disappoint though Cabe did his best to talk to Walt and Dr. Cecil had merely finished what he started when it was his chance to talk to Walt. Walt didn’t want anyone to see him play and was going to let that cost him Scorpion, so he decided to play and he also kinda cheated. The others eventually got caught out for the tricks they were pulling and Happy had kidnapped Kyle Dirk for nothing because Carson got around him.

So what Walt decided to do was use the catcher’s allergies against him. He went up to bat and purposely kicked up enough pollen to cause the catcher to lose the ball, so he was able to score homerun for the first time because he weaponized allergies!

The team had been happy that they won and could continue to work with each other, but Toby told Walt that Paige was going to be upset if she ever found out he lied because he hadn’t told her a white lie like he thought.

He told her a lie that had ramifications on their relationship.